It's the second and final bye round of the season – a crucial round for the overall points race with four trades up for grabs. Here are the key team changes and NRL Fantasy talking points heading into round 17.

Storm: Melbourne have been hit hard by Origin with Billy Slater, Josh Addo-Carr, Will Chambers, Cameron Munster, Tim Glasby and Felise Kaufusi all on rep duty. Young Tonumaipea, Cheyse Blair, Justin Olam and Ryley Jacks start with Brodie Croft named on the bench. Cameron Smith is flying with a three-game average of 72.7 and is the standout captaincy option of the week, once again.

Dragons: Darren Nicholls will debut at halfback with Leeson Ah Mau, Hame Sele and Reece Robson also joining the side in place of Origin quintet Ben Hunt, Tyson Frizell, Paul Vaughan, Jack De Belin and Tariq Sims. Cameron McInnes's price is falling but his scoring potential makes him a great option for overall points this week, especially considering his likely defensive workload in the middle of the park in a weakened Dragons forward pack against a strong Storm side. Euan Aitken is also a quality overall points option for those looking to plug a hole in the backline, having scored 70 last week. In games without a try he's only made 40+ once this season, but he has scored nine tries and is a strike weapon in a lethal Red V backline so he should be able to maintain a 40 average for the run home.

Panthers: James Maloney, Nathan Cleary and Tyrone Peachey are in Blues camp with Tyrone May and Jarome Luai the new halves combination and Waqa Blake starting at centre. Despite their on-field success this season there are no lockdown keepers in this side, at least until Cleary gets the goal-kicking duties back.

Warriors: Tohu Harris will miss four to six weeks with a knee injury and Bunty Afoa has suffered a six-week elbow injury, with Adam Blair and Ligi Sao replacing them in the side. Wingers David Fusitu'a and Ken Maumalo also return, bumping Gerard Beale to the bench and Anthony Gelling and Karl Lawton out of the side. Shaun Johnson and Roger Tuivasa-Sheck will be in demand for teams chasing overall points this week while Harris's injury is terribly timed for those chasing a decent score in the bye round. Tuivasa-Sheck's scoring range this year has been very wide – a low of 14 and a high of 90 – but he has made three 50s without requiring a try, and he made 47 with no try against Cronulla last round. Isaiah Papali'i has scored 65 twice in the past three weeks and has a break even of 9, but he averages 44 when playing 80 minutes this season which isn't quite keeper-level.

Bulldogs: Clay Priest replaces Blues prop David Klemmer in the forward rotation for Canterbury, with Danny Fualalo to start. Rhyse Martin has emerged as a surprise keeper, with an 80-minute role seemingly locked down after Raymond Faitala-Mariner's season-ending injury and having kicked six from six after taking on the goal-kicking duties after Moses Mbye's exit to the Tigers. Lachlan Lewis made an excellent debut with a win for the Dogs plus 47 Fantasy points, the bulk of which came from base stats (32 tackles and 211 kick metres). He's still very cheap at $248,000 if you need a cashout who doubles as potential halves cover.

Raiders: Josh Papalii's absence means Siliva Havili starts at lock with Blake Austin shifting to the bench utility role and Sam Williams joining Aidan Sezer in the halves. Josh Hodgson scored 59 last week in his second game back from injury, albeit including a try, and he's still a very left-field option when the likes of Cameron Smith, Cameron McInnes, Damien Cook and an underpriced Robbie Farah are available. Nick Cotric is probably a keeper at centre or as a third winger/fullback.

Titans: Morgan Boyle and Konrad Hurrell join the bench with Jack Stockwell and Will Matthews starting for Queensland forwards Jai Arrow and Jarrod Wallace. Ryan James is expected to play despite being named 18th man for NSW in next week's Origin III, with Blues skipper Boyd Cordner likely to shake off a calf injury. He's been in incredible Fantasy form recently, with four of his five tries in 2018 coming in the past three weeks. He's also averaging 60 points a game when named at prop as opposed to 44 a game when playing wider as a second-rower. The flipside is he's now very expensive at $872,000 after jumping about $150,000 in value in the past three rounds.

Broncos: Jaydn Su'A has been named to start despite a foot injury that was expected to rule him out this week, while Tevita Pangai jnr is set to return from a rib injury via the bench. Jonus Pearson, Kotoni Staggs, Joe Ofahengaue and debutant hooker Jake Turpin replace Origin stars James Roberts, Corey Oates, Josh McGuire and Andrew McCullough. Anthony Milford scored 79 last week and could be a point-of-difference option in the halves. 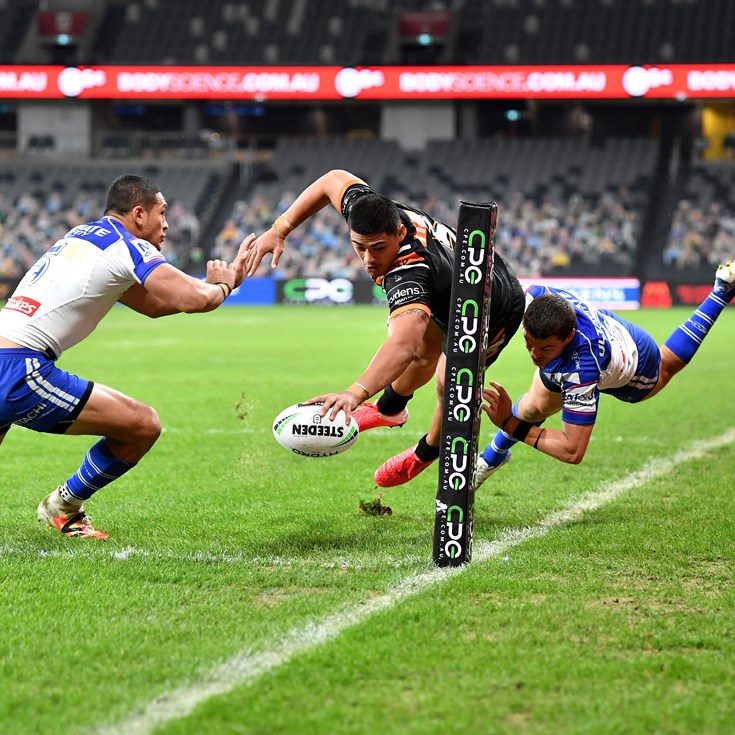 Sponsored By Harvey Norman 1 hour ago

Cheapie of the week

Sponsored By Harvey Norman 5 days ago

Sponsored By Harvey Norman 5 days ago