Tom Trbojevic was seven when Billy Slater burst onto the scene to score one of the great tries in Holden State of Origin history for Queensland in 2004.

He then watched on as a Manly fan when Slater and former Manly fullback Brett Stewart went head-to-head at club level in a fiery decade of matches between the northern beaches club and Melbourne from 2007.

While the sight of Slater retiring from representative football after Origin III will not bother too many south of the border, Trbojevic said it was hard not to admire the Maroons veteran from afar while admitting he's been caught short at times on the wing throughout the series.

"I wouldn't say I hated him, I loved watching him and Brett Stewart play," Trbojevic said of Slater on Thursday.

"As a fullback you recognise the greats of our game and he's one of them. I definitely didn't hate him but a few results didn't go our way as a Manly junior because of him.

"You saw what he did in game two, he adds so much to that side.

"He organises so well, he's the best fullback to play the game. His last Origin game, he'll come out hell and leather."

It's well publicised the Blues are chasing their first clean sweep since 2000 and are determined to lift the trophy in front of the Queensland faithful with a 3-0 whitewash.

Slater on that try: I probably wouldn't do that these days

The Maroons are set to farewell Slater and despite a decorated career for Queensland, Trbojevic was eager to spoil the occasion.

"Everyone's focused on what we've got to do next week, we've got a big task ahead of us. Queensland have got players in their side and are going to come out bigger and better at home.

"I don't think there's more pressure but there is always pressure leading into such a big game. Origin is one of the biggest events in Australian sport.

"Everyone is relaxed about it at the moment but come later in the week everyone's heads will be on."

Trbojevic expects another busy night from the Maroons with Slater roaming and for Queensland's game plan of targeting the Blues' edges throughout the series to continue - particularly given the inclusion of his Sea Eagles teammate Daly Cherry-Evans at halfback.

With Greg Inglis sidelined with broken thumb, Queensland right winger Dane Gagai is set to switch to left centre – an area the Blues are quietly identifying as a target.

"He's a different player to Ben Hunt and he's a quality player," Trbojevic said of Cherry-Evans.

Cordner confident despite not training again

"They threw the ball around a lot more in game two and a lot of it did come down our side so I'm certainly expecting a bit more up at Suncorp.

"I've been exposed a couple of times so will work on that this week and try to fix that up.

"I didn't get too many kicked to me last game but had a few the first game, I think it's where they finished their sets it was easier to put them in the corner." 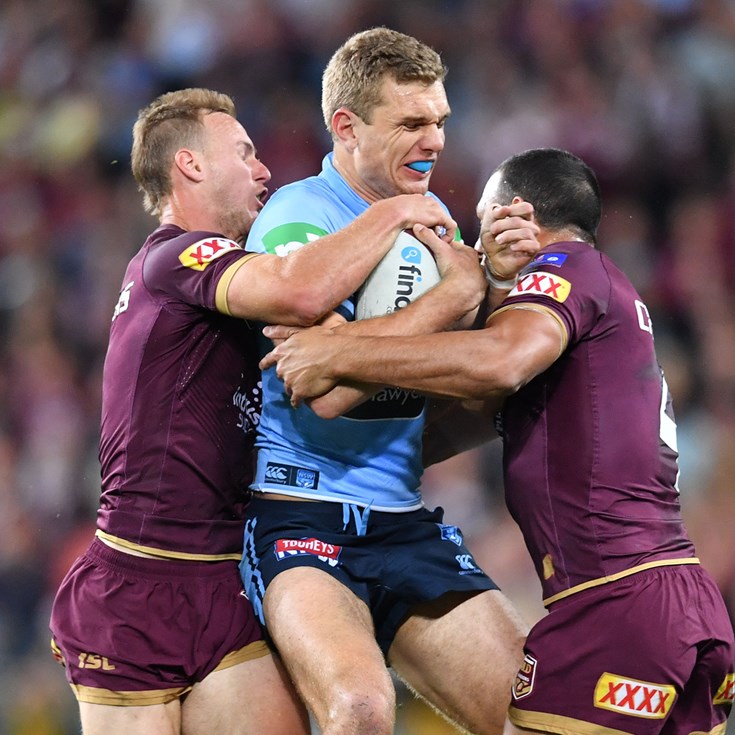