The Maroons are expecting another NSW assault on their right edge defence but back-rower Felise Kaufusi insists extra work with defensive coach Trevor Gillmeister will help plug any leaks.

Latrell Mitchell and Josh Addo-Carr have scored in each of the NSW Blues' wins in this year's Holden State of Origin series and Kaufusi, who defends on the right edge, said that sequence could not be allowed to continue in game three at Suncorp Stadium.

That's where Gillmeister's wisdom and knowledge has been extra helpful to rectify Queensland's defensive flaws.

"Gillmeister, 'the Axe',  does a lot of stuff with us defensively and technique-wise he has been a massive help," Kaufusi said.

"They have a lot of faster fellas with The Fox [Addo-Carr] and Latrell Mitchell, and they’ve got footwork, so it is all about staying on your feet and making sure you are committed when you go in to tackle them.

"[Gillmeister] has been making sure I don’t just throw my arm out and that I get my shoulder into them. He is massive to have around and I don’t think Origin camp would be the same without having him around with his coaching defensively.”

Cooper: We owe it to Queensland

Kaufusi won his Origin debut this year due largely to the absence of the injured Matt Gillett, who he said he expected to be back in Queensland colours in 2019.

That's why the Storm back-rower said he must aim up defensively on Wednesday night and prove he deserved a spot somewhere in the 17.

"I can always do more and I still think I have to do more to prove myself and to the selectors that I do belong," he said.

"Defensively, I pride myself on going out there and making my tackles and [NSW] scored a couple of tries which we are not happy about as an edge.

"We’ve got to try and front up and stop them."

Kaufusi has a new half in Daly Cherry-Evans to run off and said he had full confidence the Manly captain would provide him with opportunities to run strong attacking lines.

"He definitely brings that to his game," Kaufusi said.

"That is what training this week is all about, trying to get some combos with him. I think that Daly is a great individual player and he has got the ability to take the line on and try and create something for himself."

Veteran forward Gavin Cooper said the Maroons would not be without motivation.

"It's tough a pill to swallow that they already have the shield and being presented at Suncorp will hurt a bit more," he said.

"There is no such thing as a dead-rubber in Origin or in any form of sport. My first game was a chance at a whitewash and we didn't get it, they scored in the last minute. So we'll be doing everything we can to stop it."

Cooper said he had no plans to call time on his Origin career while adding he had not made a decision about whether he intended to play beyond 2019 for the Cowboys.

"I would like to say if I am the best man for the job [for Queensland] I will get picked," he said.

"I just want to do my job, that's all I want to do. I don't want to make any statements or do anything over the top. This will be my sixth Origin jersey, it has gone quick but I've loved every moment of Origin build-up and Origin games.

"My body is good. I've got a few greys, it's been a tough year at home with the way the Cowboys are performing but I'm still getting excited to pull on the boots every training session and every game and when that stops, that's when I will stop." 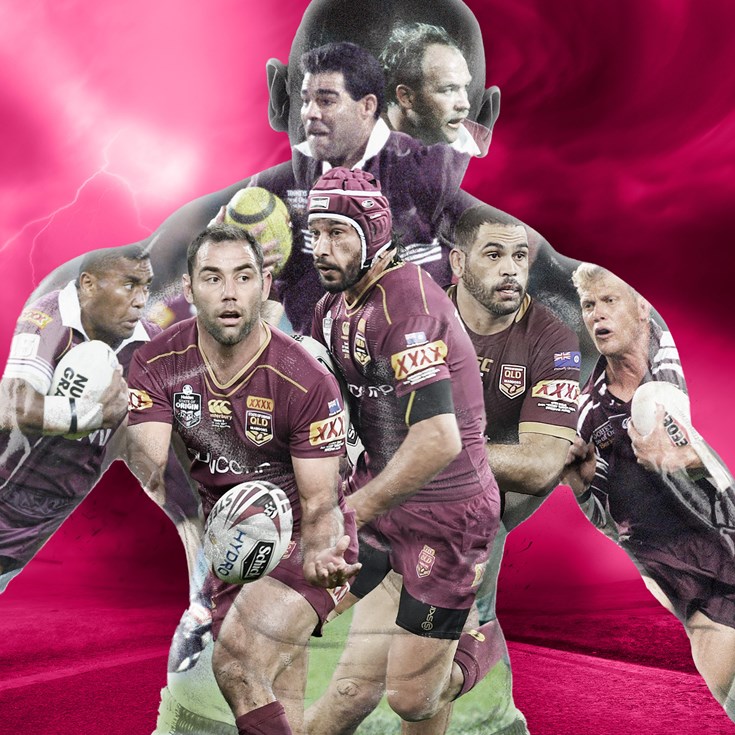 Maroons Frankenstein: The Queensland stars who make monster of a player

Presented By Hisense 23 mins ago

'It is up to him now': Bennett challenges Hess to repay faith

Ben on the Hunt to retain No.9 jersey