For the first time in a long time I sat back and watched Queensland and had an unfamiliar feeling.

The aura that once intimated a lot of us, had diminished. Finally, it was NSW who were glowing.

Because the Maroons have been so good for so long, you can't help but notice when something doesn't look the same.

I've been sitting back with interest watching the reaction north of the border, particularly the decision to bring in Daly Cherry-Evans.

As a state, we've been the laughing stock of Queensland for a perception that we turned on each other.

Now that the shoe is on the other foot, you can't help but think they are doing exactly what they criticised us for doing.

I know more than anyone that you live and die by your performances, and if you can't get the job done you need to make changes.

People have asked me if I feel sorry for Ben Hunt. I assume people think that because he got dropped that I would be sympathetic.

But my advice to him is not to wallow in self-pity. I didn't ever feel sorry for myself. At least I tried not to.

It's about results – and if you don't deliver your head is on the chopping block. It's the same with Jimmy Maloney or Nathan Cleary if they didn't play well this series.

I have a lot of respect for Benny Hunt – he's a very good footy player.

After kicking that ball dead on the third tackle in game two, he would have been feeling like shit.

As a halfback I've been in that position. You need to own the moments and despite your best intentions, that's not always easy to do under pressure. It doesn't make him any less of a good footballer.

A lot of people have also been asking me how I feel. I'm not sure what they are expecting me to say.

Am I upset that I wasn't part of that team to win the series? Of course. I would love nothing more than to win one. It's not jealousy, but I'm not going to lie. I would love to be up there tonight holding that shield.

But I'm glad I feel like that. If I didn't feel like that I probably should retire. I still want to get back there and this motivates me.

I think people in NSW are sick and tired of seeing Queensland win.

Am I filthy that I didn't get the chance to play a Queensland team without Cooper Cronk, Johnathan Thurston and Cameron Smith?

I'd be lying if I said that wouldn't have made it easier for us, but I don't regret anything. I had my opportunities and as a team we had our opportunities.

Regardless of how good those Queensland players are and as great as that team was, we still had our chances to win and we couldn't do it.

That's on us and no one else. I've had a lot of success in my career. I've won a lot of footy games. Won a premiership. But I'll have to live with the fact that, at least so far in my career, I couldn't win an Origin series.

There's no doubt when my career is over, I'll look back and appreciate what I had and achieved, but during the time it was overshadowed by a lot of negativity I experienced.

I've won a premiership with Jimmy and I've seen him evolve as a player. Throughout this series I could see it in his eyes and in his body language – not only on game day – that he's enjoying the leadership and is comfortable in his footy.

People see this larrikin and this funny side to him. They see this laidback character and they mistake that for a lack of competitiveness or a lack of care sometimes. It's not the case.

Last year's series lost killed him. He's a ruthless competitor. I don't think I've met many people who hate losing more than him.

You could see it in the way he's controlled the games this year. It's been his team and he's been NSW's best player. That's been great for Nathan Cleary.

I've been super impressed with him. He's been solid – that's probably the best word.

But it's not easy to be solid in that environment at such a young age. Sometimes you can get caught up in the moment and overplay your hand just to justify your selection.

For him to show a calm head in every situation has been the thing that's been really impressive. He carries the game plan and is never flustered. If he keeps developing the way he is, he is going to be a very good player for NSW for a long time.

Freddy has done a great job. He coached me at the Roosters when I was 19. I admired him as a kid and always listened to what he said.

I like the style Freddy appears to have brought in with the spiritual side of things. They all look really connected and happy. It looks like a good culture to be part of.

Hopefully it's a culture that breeds a 3-0 whitewash.

I want to see that more than anyone. 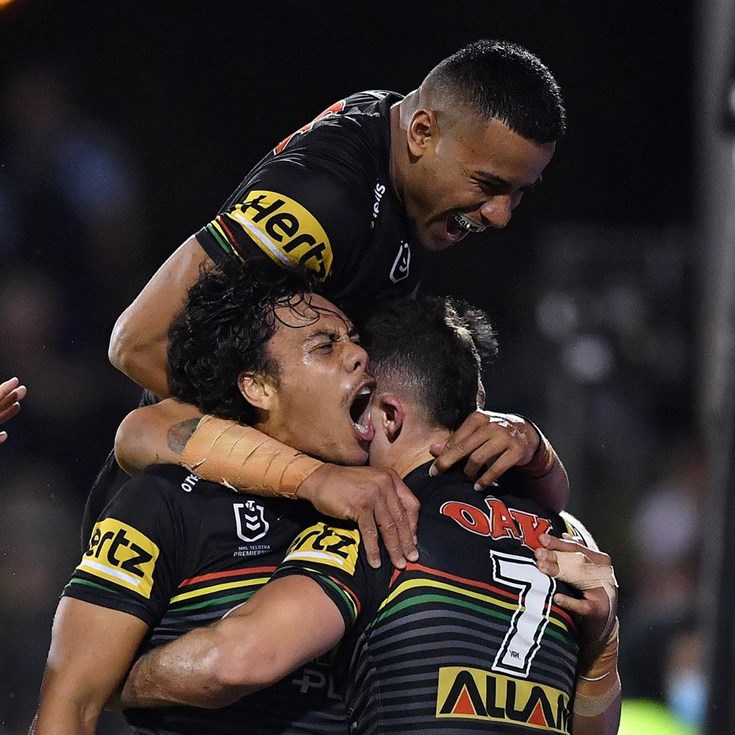 Who replaces Cleary for NSW? NRL.com experts have their say