"One more set." That was the catch-cry NSW players used to help through a remarkable defensive effort in State of Origin III at Suncorp Stadium.

The Blues lost the match 18-12 but attributed their defence as the reason the Origin Shield will return to Sydney with the team for the first time since 2014 and just the second time in 13 years.

After holding out Queensland in the final minutes of Origin II to secure the series after James Roberts was sent to the sin bin, the NSW players had to repeat their defensive heroics for the entire first half as the Maroons dominated possession and field position.

At one stage the Blues had to defend seven consecutive sets on their own line before again being reduced to 12 men for the last 10 minutes of the first half after five-eighth James Maloney was sent to the sin bin for a professional foul.

Somehow, they managed to score two tries to lead 12-8 at halftime.

"It was incredible to keep them out, I have never been involved in anything like that before," NSW winger Tom Trbojevic said.

"Just the way everyone turned up for each other was a really good effort."

In total, the Blues were forced to make 216 first half tackles compared to 130 by the Maroons.

Trbojevic said the NSW players repeatedly urged each other to hold out for the next set of tackles.

Trbojevic's brother Jake revealed defence had been the cornerstone of the Blues success in the series.

When the Maroons opted for a penalty goal after Maloney's sin binning, the NSW players felt they were on top and responded with tries to Tom Trbojevic and James Tedesco.

"We kept turning them away and then they took the two so you take a lot of confidence out of that but it wasn't to be," he said. "It took a lot of juice out of us in the second half.

"We shouldn't have been up at halftime but we were, so it was a good feeling and we came out and had a really good start. We probably went away from what we do best and they capitalised.

"It was obviously very disappointing not to win but we can take a lot of pride in that effort and we are happy that we won the series." 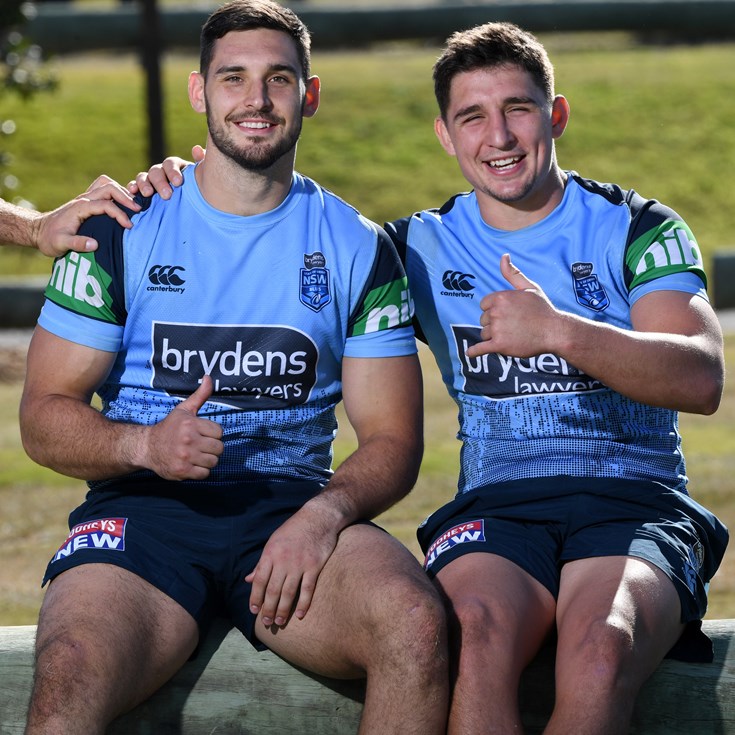