Reunited after five years and David Nofoaluma knows exactly what he likes best about Robbie Farah as the Wests Tigers prodigal son heads towards his 250th NRL game this weekend.

The winger made his debut for the Tigers in 2013 playing 15 games that season – the last year both Farah and Benji Marshall were part of the Concord Oval family.

In Sunday's 20-16 win over the Dragons, Nofoaluma took a moment to look inside and see the two familiar faces.

The 24-year-old also benefitted directly since it was Farah who handled three times in the move, with a pass, then a dummy, then a grubber, to put Nofoaluma over in the 58th minute.

"I was playing with them in 2013 so to be back with them five years later, it's so good to see," he told NRL.com in the Kogarah sheds.

"I understand how they play. That try that Robbie created for me, it was out of instinct. I knew how he plays from having a few years with him so I knew what was coming."

That prompts the question of which parts of the Farah armoury Nofoaluma likes best on the football field.

"It's his footy IQ," he says without hesitation.

"He's a very smart player. Now the person he's become, the leader he's become, so it's natural for him to use that IQ and know what play to put on.

"As you saw [against the Dragons] he comes up with these things and they are not flukes. They come from him working hard and the experience he's gathered."

The impressive win over St George Illawarra was just Farah's second game back in Tigers colours, after being released by South Sydney. It was also the first time Farah and Marshall reprised their No.9 and No.6 roles together since round 26 of 2013.

On Saturday against the Rabbitohs at ANZ Stadium, Farah will celebrate his 250th game – not in the cardinal red and myrtle green, but in black and gold.

"To be honest, I was speaking to both of them and to their own knowledge they thought they were never coming back," Nofoaluma said.

"It's weird how things end up, or turn out."

"When I think of Robbie I think 'class player'. He's a leader on the field and we follow his example off the field as well," Nofoaluma said.

"Everyone knows what he's done over the years with representative football. He's made a lot of milestones and achievements and this is another.

"To be in the same team as him is amazing. It makes me happy even if it's not a milestone game.

"I've been a part of his journey. When he retires I can say I played with Robbie and Benji and that makes me pretty happy."

Nofoaluma lives by another philosophy that everything happens for a reason. The fact Farah gets to celebrate 250 games at the club he won a premiership with during his 14 seasons there.

"That's why I truly believe everything does happen for a reason. If you just focus and never give up, push to be the best you can be, things will turn around for you.

"It did for those two and I'm really glad for them.

"It's a good time right now, not only for the club, but for themselves because they're going to finish their careers in high spirits at a club they love."

Nofoaluma was careful not to put the 'saviours' tag on Farah-Marshall, with the Tigers just two wins outside the eight and seven matches remaining in the regular Telstra Premiership.

"Most teams have their star players, but at the Wests Tigers we won't rely on two individuals. It's a team sport so we're focusing on all of us together." 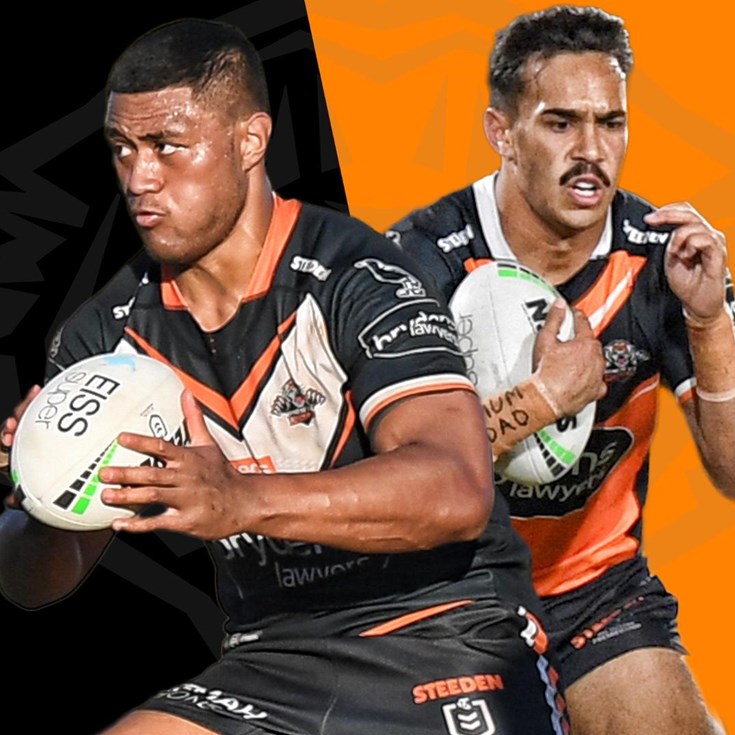 Nofoaluma was one day from leaving Wests Tigers