Some called it lucky, but there's no denying the Roosters showed plenty of guts to beat the Titans without Cooper Cronk and Origin stars Latrell Mitchell, Boyd Cordner and James Tedesco.

The win kept them on course for a top-four finish and Sunday's road clash with the Sea Eagles is exactly the kind of danger game the Chooks can't afford to drop, especially with the logjam of teams sharing 11-6 records.

Coach Trent Robinson knows how important every game is from now until the end of September and will be hoping to have close to his strongest side available.

The Sea Eagles can't make the finals and would've loved to have dented the Storm's top four prospects last week.

Key match-up: After sitting out last week's game against the Titans, Tedesco will be looking forward to his return, especially against his NSW teammate Tom Trbojevic. The Roosters are favourites for this clash but Manly are capable of an upset if Turbo Tom goes off.

For the Sea Eagles to win: Daly Cherry-Evans has to show the form that had him in the mix for man-of-the-match honours in Origin III, while Tom and Jake Trbojevic also have to produce something special against a team that is coming good at the right end of the season.

For the Roosters to win: Cronk may not be back, depending on whether his wife delivers the couple's first child before Sunday. That puts a lot of responsibility on Luke Keary if Cronk doesn't play, but he will feel comfortable knowing 19-year-old rookie Sean O'Sullivan acquitted himself superbly in his NRL debut against the Titans.

Sea Eagles Stat Attack: Manly enjoy this match-up – they've won five of their past seven against the Roosters and have only lost twice in their last 10 games against them at Lottoland.

Roosters Stat Attack: Despite having the most ineffective tackles in the league (tackles that allow an offload) the Roosters have the best defensive record in the NRL.

And another thing: Manly and the Roosters have locked horns in two grand finals. The Sea Eagles beat the Chooks 19-14 in the 1972 premiership decider when they were known as Eastern Suburbs, with Ray Branighan scoring a try and booting 6/7 goals. The Roosters squared the ledger when they beat Manly 26-18 in the 2013 grand final, with James Maloney kicking 5/5 goals.

Sea Eagles: Shaun Lane has been shifted to the bench, with Frank Winterstein given the nod to start. The other change is Toafofoa Sipley elevated from the reserves to the bench at the expense of Kelepi Tanginoa. Jorge Taufua was cut an hour out from kick-off, while Tevita Funa and Lloyd Perrett dropped off the extended bench on Friday.

Roosters: Isaac Liu is out, replaced at lock by Victor Radley. Ryan Matterson comes off the bench to start in the back-row. Lindsay Collins moves from the reserves to the bench, while Matt Ikuvalu was omitted an hour before kick-off. Mitchell Aubusson (hamstring) and Sean O'Sullivan dropped out of the squad 24 hours before kick-off.

Petero Civoniceva's prediction: Manly had a real dig last week at home and were a bit stiff not to knock off the Storm. That loss will have dented their confidence and they'll find it hard to replicate that intensity against a Roosters side sitting in the top four and looking to finish strong. The Roosters will have too much flair.

Using the app? Click on the match centre above and swipe right to view up-to-date team lists 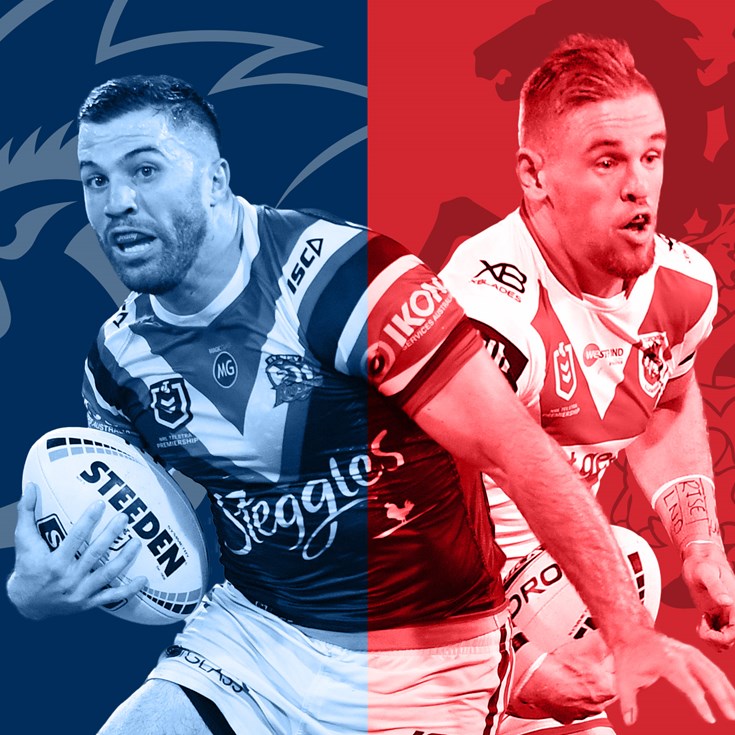