Wests Tigers five-eighth Benji Marshall says veteran hooker Robbie Farah's energetic and match-winning effect on the club is anything but a surprise.

Leading into Farah's 250th game for the club, Marshall said coach Ivan Cleary didn't need any extra help deciding to lure the former NSW representative home mid-season after his own discussions with the 2005 premiership-winner throughout the year.

Farah's two NRL games this year for Souths in the absence of Blues hooker Damien Cook were audition enough but even then his effect since donning the black, white and gold has been another big step up.

He was the team's best in an otherwise poor Leichhardt Oval loss to the Titans and best on ground in an impressive win over competition heavyweights St George Illawarra on Sunday, making a mountain of tackles and providing plenty of spark in attack, creating two of his side's three tries and having a huge hand in the other.

"Having him here, it's obvious what he's been capable of but not only that, the couple of games he played for Souths when Cook was out I feel like he's really added to our squad," Marshall said on Tuesday.

"[I was] not surprised [at his energy], when you're happy and you're playing footy and enjoying it that comes out.

Marshall: We don't want to make it about us

"The energy he's brought back has been how happy he is to be back and that rubs off on players. I know for a lot of the younger players seeing that come from him has helped out as well.

"What he brought is that competitive edge where he competes for everything and doesn't walk past unacceptable standards and we needed that. that's the culture we're trying to set here and I think he's been awesome for us."

With Farah now set to play his 250th NRL game for the club against the team he has only just left, in what will be popular Souths veteran John Sutton's 300th NRL appearance, there are no shortage of storylines heading into Saturday afternoon's match at ANZ Stadium.

"It's exciting, he's been bouncing around the first couple of weeks here and this week again you can tell he's pretty pumped for the occasion but I'm just happy he gets to do it back here," Marshall said.

Farah's head-to-head battle with Rabbitohs rake Cook will be one to watch, according to Marshall.

"I think it's probably the most mouth-watering match-up for the weekend," he said.

"Robbie against his old club, Robbie 250th game for the Tigers, Sutton's 300th game, there's a lot of good storylines for the game so hopefully that results in a great game where we win."

Last weekend against the Dragons was Marshall and Farah's first game together since 2013, with the five-eighth sitting out Farah's round-16 return with a niggling calf injury; the pair looked like they'd never been apart.

"I felt good, I probably could have played last week [in round 17] but we had the bye," he said.

"We had a bit of time to train together but like any combination it does take time. I thought on the weekend we had a good plan, we all knew what we wanted from each other and I thought we executed pretty well." 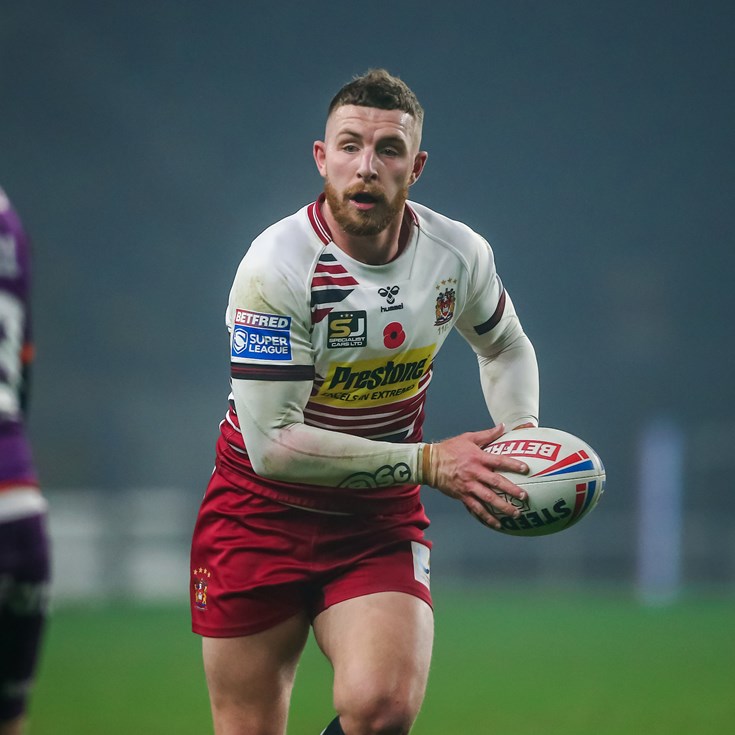