There have been fewer players handed their NRL debuts through 18 rounds of this year's Telstra Premiership than at the same point in any year over the past decade.

The difference would be ever more stark had there not been a crop of seven debutants blooded last week.

There had been an average of 57 debutants after 18 rounds in the years 2009-2017, with an end-of-year average of 70 debutants per year through that period.

A combination of a strong junior program and horror injury toll in the top squad has combined to put Penrith at the top of the list when it comes to blooding new talent this year; Aekins last week joined Christian Crichton (round three), Wayde Egan (round four), Kaide Ellis (round six), Jack Hetherington (round seven) and Jarome Luai (round 10) in Penrith's group of six debutants.

The Roosters trio last week joined Matt Ikuvalu (round 13) and Sitili Tupouniua (round 16) to push the Roosters up to second with five debutants. The Broncos and Bulldogs have each handed out four debut caps this season.

Canberra are the only club yet to debut a player in 2018 though that is set to change as soon as Friday afternoon with Jack Murchie in line for a call-up.

Arguably the biggest success story of this year's crop is former Wests Tigers forward Junior Tatola, who debuted for South Sydney in round one and is yet to miss a game this year for a side running first having also made his Test debut for Tonga during the rep round. Canterbury's mid-season sensation Rhyse Martin has also been eye-catching since his belated debut in round nine at the age of 25.

The youngest of all the debutants, 18-year-old Brisbane forward David Fifita, was the first NRL player to have been born in the 2000s while oldest, Dragons journeyman playmaker Darren Nicholls, was at 29 the oldest debutant of the NRL era.

Whether the lower tally of debutants this season is a result of the restructured top-30 squads is up for debate. The new system makes it harder for clubs to debut a player who did not start the season in the main squad (witness the hoops Manly had to jump through to get young hooker Manase Fainu on the field) but by the same token no club has yet used 30 players this year.

Clubs would need to debut a further 13 players over the final seven rounds to beat the previous lowest end-of-season debutant tally in the past decade of 56 debuts in 2015. 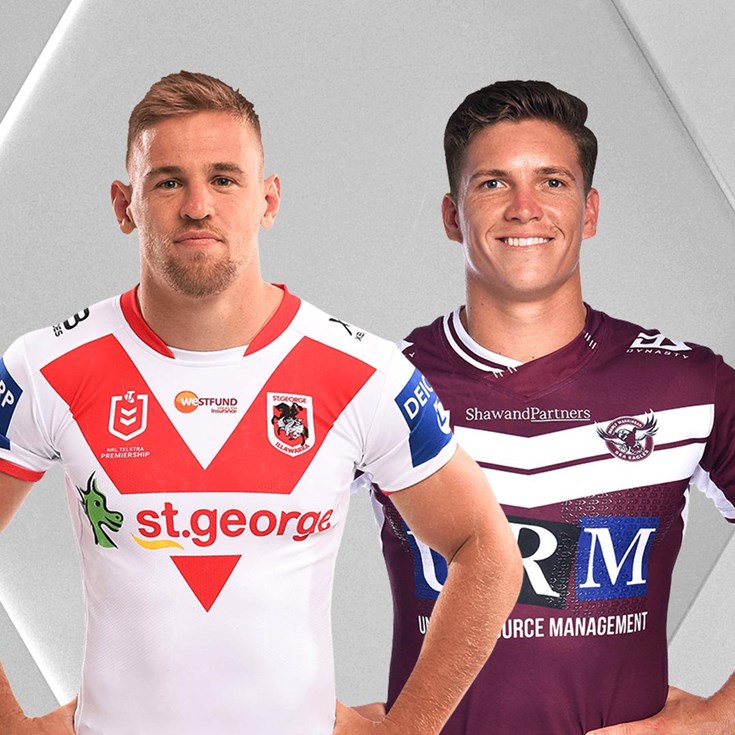 Stat Attack: Raiders' right edge on wrong side of ledger