It has been many years since a rugby league player has come along that has captured the hearts and minds of footy fans in the way that Luke Lewis has done so.

There have been bigger stars over the span of his career even though his career resume is very impressive but it's what he's done away from the field that sets him apart in my view.

When Luke announced his retirement at the end of 2018 earlier this week on NRL 360, I watched as fans from every team took a moment on social media to share their favourite memories of him, and express how much they will miss seeing him on the field.

This almost universal recognition and support for a player who will likely never be an Immortal or a Hall of Famer is almost unheard of and speaks to the type of person Luke is not just on the field, but off it too.

It's been a stellar career. Luke has played 18 seasons of first grade, quite a feat considering the physicality of the modern game and the strain that it places on bodies.

He made his debut with Penrith in 2001. It’s hard to believe, but he wasn't a hard-edged forward but a winger. Part of their 2003 premiership-winning team, he played 208 games over 12 seasons as a Panther before moving to Cronulla in 2014.

Luke was part of another premiership in 2016. By then, plenty had changed including the birth of his daughter Hazel earlier that year.

He played for NSW in State of Origin 17 times and was part of the squad that won the series in 2004 and 2014. He has also represented his country playing 16 Tests for Australia.

But it’s not just what he has done on the field that has always impressed me. It’s how he has done it.

Before Luke joined the Sharks, there were stories circulating that his best years were behind him, that he was being shopped around and that retirement was just around the corner. This could not have been further from the truth. He rejuvenated his career as a Shark.

In 2016, Luke was an integral part of the historic premiership-winning team – so much so he won the Clive Churchill Medal.

I remember his stunned face as his name was announced and how he honoured his family and baby daughter in helping him get there. It was a fitting reward.

When you ask people about Luke, they often say how hard a worker he is. Fans also always laugh when talking about the two intercept tries he scored for Cronulla last year, where he ran 80 metres to score each time.

The first was against Manly and the second was against the Roosters. I remember seeing Luke make the break and then looking up at the video screen to see if anyone was going to catch him.

Fans will also tell you what a lovely bloke he is off the field. He is a regular fixture around the Shire and is often spotted spending time at the park with his daughter. People still go up to him now and thank him for his role in breaking Cronulla's premiership drought.

He's also a budding magician, apparently very good with card tricks and rolling a coin across his knuckles.

But Luke has not managed this on his own. His wife Sonia has also been heavily involved in the game, particularly in the 'Women in League' space and also professionally with the Sharks.

She and Luke have been dating since she was 19. Sonia may have been raised in an Italian family with a dad who supported the Eels, but Sonia’s first NRL game was in Panthers colours when Luke made his debut.

Now Sonia is also a rugby league convert and her Eels-supporting dad always has a soft spot for Luke's team.

Flanagan: Lewis is one of the quality players

I have had the chance to spend plenty of time with Sonia over the years and she is a woman that is so passionate about giving back to her community.

This is something they have done together over the years. Away from rugby league, Sonia and Luke are both heavily involved in 'White Ribbon' events to fight domestic violence.

They have been ambassadors for Zambi Wildlife Retreat which is an organisation which seeks to rescue, rehabilitate, re-home and give shelter to injured and sick animals.

While Luke has achieved plenty in footy, I also know how special it was when the couple welcomed their daughter Hazel into the world in 2016. I remember Sonia telling me that growing up, Luke was without a dad and how he had had some doubts about his ability to be a dad.

It's been wonderful to see Luke embrace fatherhood and to watch the Lewis household continue to grow to include a baby boy, Levi, earlier this year.

Luke will be a player who will be missed, not just by Sharks fans, but by footy fans.

He was a player that I thought would go on forever, but there comes a point for everyone where it is time to move on.

I hope he is not lost to rugby league entirely. Regardless, he will always be one of my favourites.

Thank you, Luke, for not just being an outstanding representative for your clubs, but also for our game and the community. 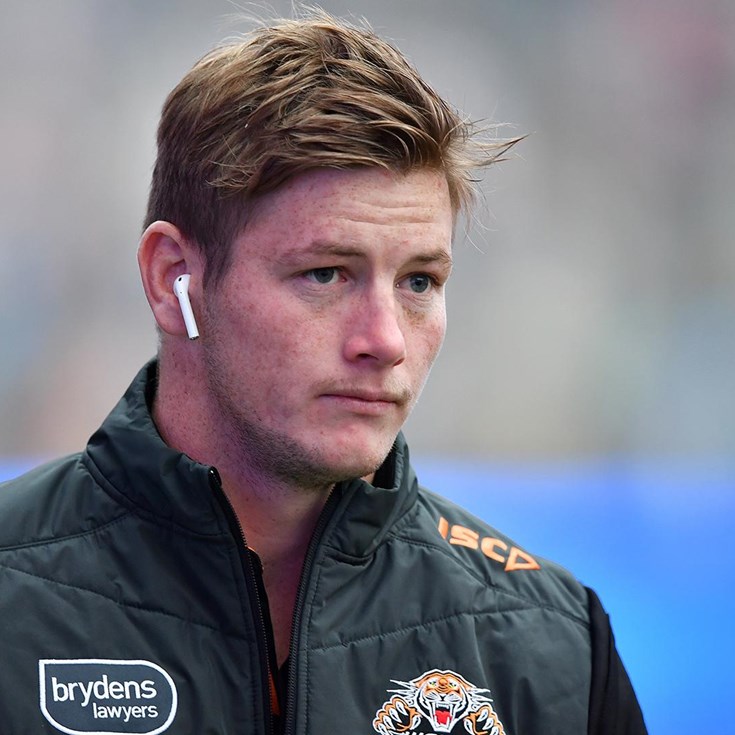 Wests Tigers not insulted by Cronk comments on Grant’s future