Newcastle halfback Mitchell Pearce has rated his halves partner Connor Watson's performance against Gold Coast as his best of the season.

Watson is coach Nathan Brown's first choice at five-eighth to play alongside Pearce and the Knights' co-captain has noticed a major improvement in his halves partner over the past few weeks, especially during Saturday's comeback 30-24 win over the Titans.

"I think Connor was the best player on the field," Pearce said.

"We weren't so good in defence, so we needed some attacking brilliance to get us over the line and Connor's speed was one of the main reasons."

Watson provided the vital try assist, providing the pass to Shaun Kenny-Dowall for what would be the match-winning try.

"He has got a pretty good attacking coach here with Browny," Pearce said.

"I think he has slowed his ball-playing up a lot and I think everyone is starting to see Connor's game of old.

"Browny has been doing a lot of work with him in slowing his feet up and pass selection - and he won us the game."

Another player who showed remarkable improvement from last week was Nick Meaney, who came up with a desperation tackle to hold up a Gold Coast try, before scoring one himself just before the break.

But the Knights are resigned to the fact he may have played his last NRL game at the club before he joins the Bulldogs, with regular fullback Kalyn Ponga a strong possibility to return next week from a hamstring injury.

"The pleasing thing for me is that last week Nick played to get through the game but today he made a difference," Brown said.

"That shows the confidence from game one to game two and if he played next week, I would expect him to play better again.

"We had a lot of confidence in Nick, but we are losing a good player because we probably have a better one."

While Meaney will depart at the end of the year, the Knights have already signed big names in Edrick Lee, Tim Glasby and Jesse Ramien.

But Brown said the club's future success would revolve around the improvement on the junior players.

"The club going to the Promised Land is going to come about because of Daniel Saifiti, Danny Levi, Lachlan Fitzgibbon, Mitch Barnett," Brown said.

"Because Jessie Ramien is a damn good player, Tim Glasby is playing for Queensland, Edrick Lee is a leading try-scorer.

"We are bringing in good players and we know they are going to play well, so the rise is going to come from the kids coming through our system.

"If you watched this game closely, all those blokes I just said contributed very big to our win - so they need to take their games to a consistently good level." 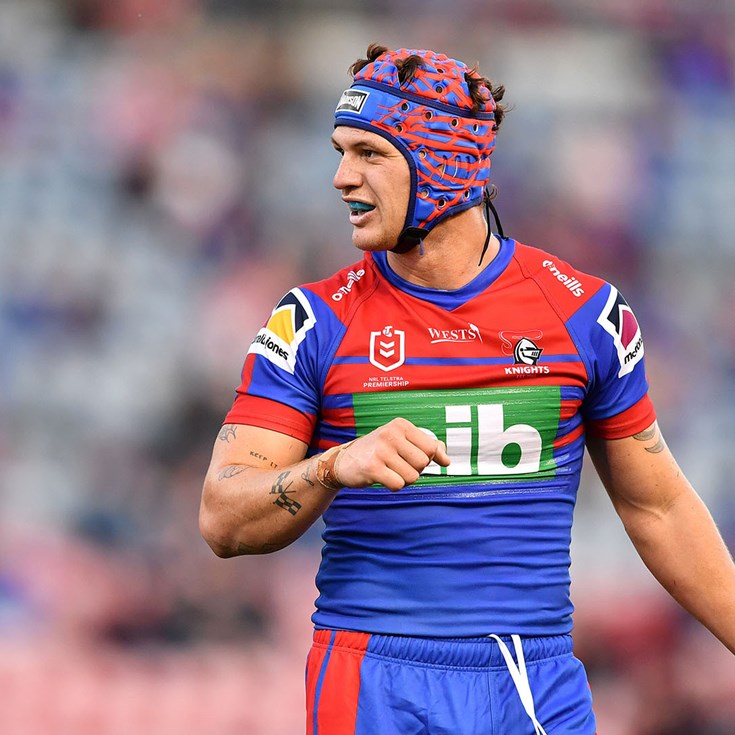 Ponga and Pearce give Knights plenty to build on