Early in the Cowboys' second-half comeback over the Knights, Hampton slipped after breaking the line and the collision with Ponga's legs forced him from the field.

Fortunately for Hampton and the Cowboys he suffered no major injury, and Hampton will be able to play against the Roosters.

"I'm not too bad, I'm still fairly sore, but there's no damage in there or anything I don't think. I got through the last couple of sessions," Hampton said.

"They were pretty light sessions for myself, but I got through them and I've still got a few days before the game so I've just been resting up, I'll be right."

Although it was an obviously painful collision, Hampton has been unable to put his finger on exactly what went wrong.

"I didn't know what happened, I haven't been in that much pain for a while but it certainly took the wind out of me and I was in a fair bit of pain there for a bit.

"It might have been a bit of the adrenalin and maybe scared me a bit as well, sometimes big hits can do that."

The bench hooker, who has also played centre and fullback in 2018, was a standout for the Cowboys on Saturday night before his departure from the field, putting his side on the front foot and helping ignite their comeback.

He'll be looking to split the Roosters up the middle the same way he did against the Knights, and he's hoping some tips from the coaches and Cowboys great Aaron Payne will continue to pay off.

"It's definitely helping me the last couple of week, a little bit more game time helped on the weekend, I just felt like I was getting into the game and it was unfortunate what happened but that's footy I guess."

Although running rampant past tired Roosters forwards is his goal, the small hooker has no doubt he'll be in for some tough defensive efforts no matter how many line breaks he makes.

"I'm one of the small guys on the field and they are a very big team and they've got some powerful players, I'm sure I would have been targeted no matter what." 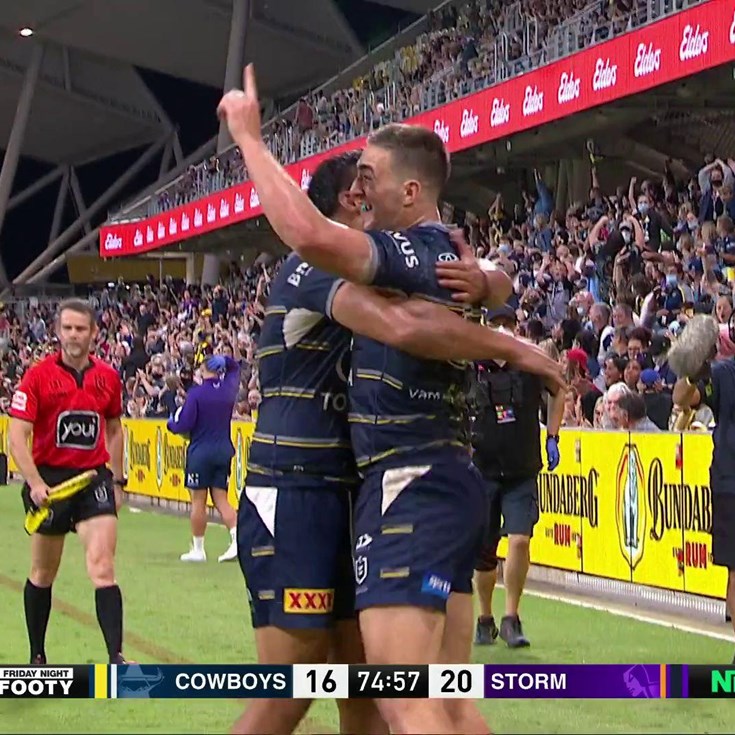