South Sydney coach Anthony Seibold has tempered the growing optimism among Rabbitohs fans by warning them to not get carried away by early-August success.

Speaking after his side clicked into gear after a month of patchiness in scoring a 30-20 win over Melbourne at ANZ Stadium on Friday night, Seibold was quick to put the lid on any hype.

"We're pleased with the result and performance, there's no doubt about that," Seibold said.

"[But] we're certainly not getting carried away. It's a good result for us but plenty of work to do.

"We'll review it, dump it and move on to our next job. We've got good processes in place but as I keep saying, we don't want to get carried away.

"It's another game we tick off. I know Sutto, Sam and Greg ... the leaders won't get ahead of themselves and neither will I.

South Sydney held their nerve as the visitors took the upper hand and a 10-point lead during the first half.

But a try just before halftime to Sam Burgess narrowed the deficit and gave the side confidence to come out firing after the break.

"We were down 16-6, we weren't happy with some parts of our game in the first half but led by Sam and John Sutton, they were really consistent in the second half," Seibold said.

"Our game was built around pressure and we got some reward for that."

The performances of Damien Cook and Campbell Graham did not go unnoticed, with the pair playing starring roles along with the Burgess brothers. Sam, Tom and George ran for a combined 497 metres.

"I thought the big boys did their job because Cooky can't do his job unless they get quick play-the-balls," Seibold said.

"Cooky was really good, he's been good all year. It was good to see him jump out of dummy half, put some pressure on the markers."

The only sour note of the night for the Bunnies came midway through the second half with Adam Doueihi suffering a suspected ACL injury after landing awkwardly on his knee.

"We obviously haven't had scans yet, it doesn't look great to be fair," Seibold said.

"It looks as though it is season-ending but until we get the scans we're not 100% sure. The initial diagnosis from the medical staff is that it's not great."

Seibold confirmed Greg Inglis wasn't expected to a return from a thumb injury until at least round 23. 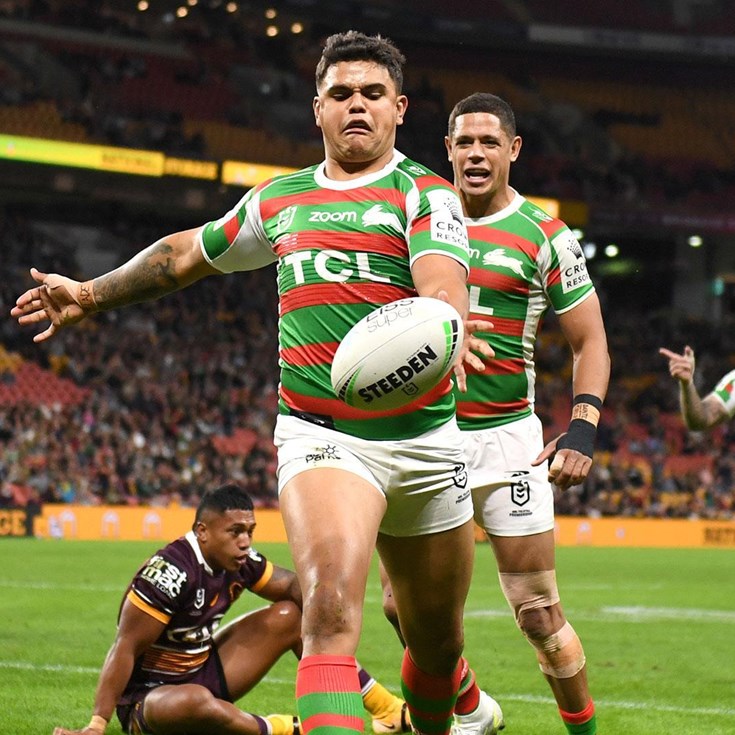 Walker 'sublime' as Rabbitohs pile on the pain for Broncos