Cameron Ciraldo is the caretaker with rare "people skills" found in a top flight NRL coach according one-time Italian teammate James Tedesco, who once watched Penrith's newest mentor play through a lacerated pancreas for his country.

Ciraldo will take charge of the Panthers' talent-laden roster from Tuesday after the club and Anthony Griffin went their separate ways, with Penrith's board resolving he was not capable of delivering the premiership so clearly on offer with their current squad.

The Panthers' former assistant coach steps up to the plate for the rest of 2018 with a sterling reputation for working with young talent and managing a playing group, a facet Tedesco can attest to across his two World Cup campaigns with Italy.

Tedesco, regarded as one of the game's elite fullbacks thanks to his exploits with the Roosters and NSW, made his international debut alongside Ciraldo during the 2013 World Cup in the UK, before coming under his tutelage again when he took charge of the national side last year.

While Italy failed to progress past the group stage of last year's tournament under Ciraldo, Tedesco hailed his tactical nous and man management as the 33-year-old's biggest trump card.

"He was a legend of a bloke and I got along really well when I played with him," Tedesco said on Monday.

"As a coach he was awesome for me, he made me vice-captain so we had a good relationship. He told me to back myself and he's a really smart guy as well.

"He's definitely got the brain and the composure to be a head coach. He's pretty switched on, he's pretty smart.

"It's pretty hard in a World Cup, it's different to being a club coach but just the way he talked about the game and his knowledge of the game, he was really smart and a good communicator.

"He got along with all the boys and it can be hard to find a coach with good people skills but he's been an NRL player before and I think he realised that and was really good for all the boys."

With four seasons as a Panthers assistant coach at both the under 20 and NRL level, Ciraldo is held in high regard among administrators and players alike, especially Penrith's uber-talented gen next.

In taking their NYC side to a 2015 title, Ciraldo has played a key role in the development of current first graders Nathan Cleary, Dylan Edwards, Tyrone May, James Fisher-Harris, Corey Harawira-Naera, Moses Leota and Kaide Ellis.

The connection to Cleary holds particular value given the Blues halfback is expected to link with father Ivan at Wests Tigers from 2019, with Ciraldo understood to be extremely close to the No.7 and viewed by some as a circuit breaker in Penrith's attempts to hang onto their best young junior.

There's no doubting Ciraldo's toughness either.

He never set the world alight in his 94 NRL games with Cronulla, Newcastle and Penrith as a back-rower/utility, but did garner serious headlines after his final top flight game for Italy, which saw Ciraldo hospitalised for over a week and unable to fly home after the 2013 World Cup.

A damaged pancreas, courtesy of a heavy shot from Tongan centre Konrad Hurrell, sparked fears Ciraldo may have to become a diabetic, but remarkably he played on after the tackle thinking he had merely been winded.

Not until he started vomiting after the game was the alarm raised and key-hole surgery performed.

"He had to stay over there for another week while we got to head home," Tedesco recalled.

"He was pretty devastated I remember because we all got to go out and have a big night and he couldn't celebrate with us.

"I got along with him really well, he was an older guy at that time and he brought all the young guys through and made us feel welcome. He never took a backward step, that's for sure." 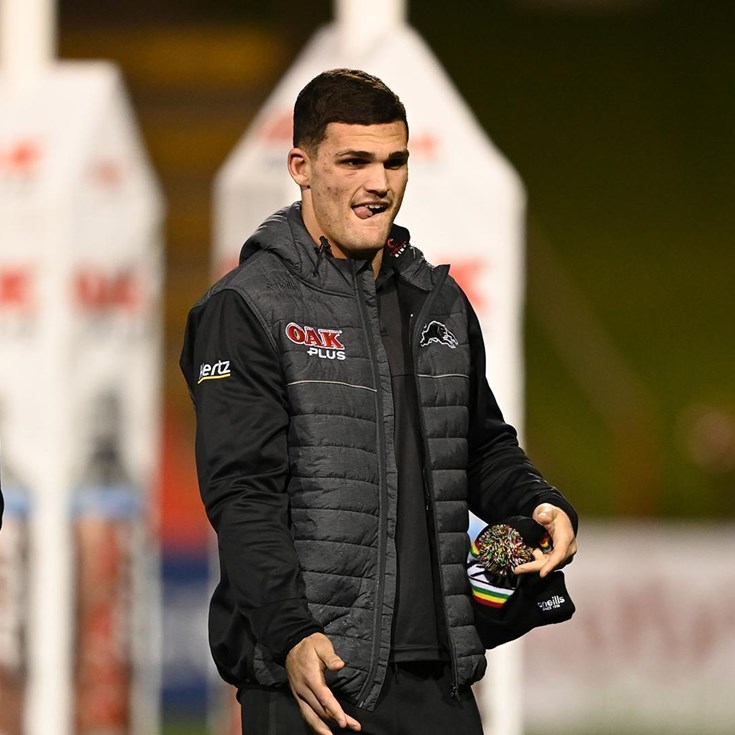