Billy Slater says he has decided to retire while the body and mind were still willing to commit to the rigours of NRL football.

The champion Melbourne Storm fullback had already called time on his representative career this year and said this was a natural next step after 16 seasons of professional rugby league.

"The decision has been with me for a while now," he said.

"It's not one that I've taken lightly. I didn't want to make the decision any earlier, I wanted to sit on it for a while to make the right decision. If I didn't there would be a lot of regrets.

"I thought it could possibly be my last, and I was treating it like that. It wasn't until halfway through the year, I was starting to lean towards this year. I just wanted to give it a little more time to make the right decision."

At the start of 2016, Slater was contemplating retirement after another serious shoulder injury. But after a stellar 2017 when he won a premiership, a State of Origin series and a World Cup, he can now go out without any regrets.

"It is really important," Slater said of going out on his own terms.

"Two years ago, I nearly had to finish due to a shoulder injury. I said to the boys this morning, it would have really sunk me. I wasn't ready to finish then. Looking at everything now, my body is good – it's still allowing to play at this standard. I'm still willing to go out and put my body on the line.

"Gorden Tallis once said you've got to check in your body every week to play in the NRL, and I fully understand what he's saying, you do.

"At the moment I'm still willing to do that. But I would hate to go halfway through the year and lost that want to put the body on the line 100%. I don't want to empty the tank, then call it a day. I'd rather have a little bit in reserve."

Slater thanked his parents, coaches, the Melbourne Storm, teammates and family in an emotional address.

And he addressed his many fans too: "Thank you for letting me entertain you".

"To Craig Bellamy, thanks for believing in me. Your support, guidance and care has been instrumental.

"You taught me the harder you work the luckier you get. I have no doubt my career wouldn't have been successful or consistent if you didn't instil that into me.

"To Cameron Smith and Cooper Cronk, not only have you both created opportunities for me on the field, but when your peers drive themselves to be the best and continually succeed, that's infectious. This is why you two have had the greatest influence on my career.

"To my family, starting with my mum, dad and sister, thank you for all your support through my football life.

"To my wife Nicole, haven't we enjoyed some great moments? But it's the tough times that I've needed you the most. You've given me unconditional love and support."

"It is a sad day in one way, but having said that, we should be celebrating what should be an unbelievable career.

"For 16 year he's been in Melbourne. There wouldn't be that many kids playing rugby league in Victoria unless Billy Slater was playing for the Storm - what he's done through sheer hard work and time put in he's turned into a smart player.

"He didn't just rely on god-given talents, he made himself better through hard work."

Will Slater become an Immortal? 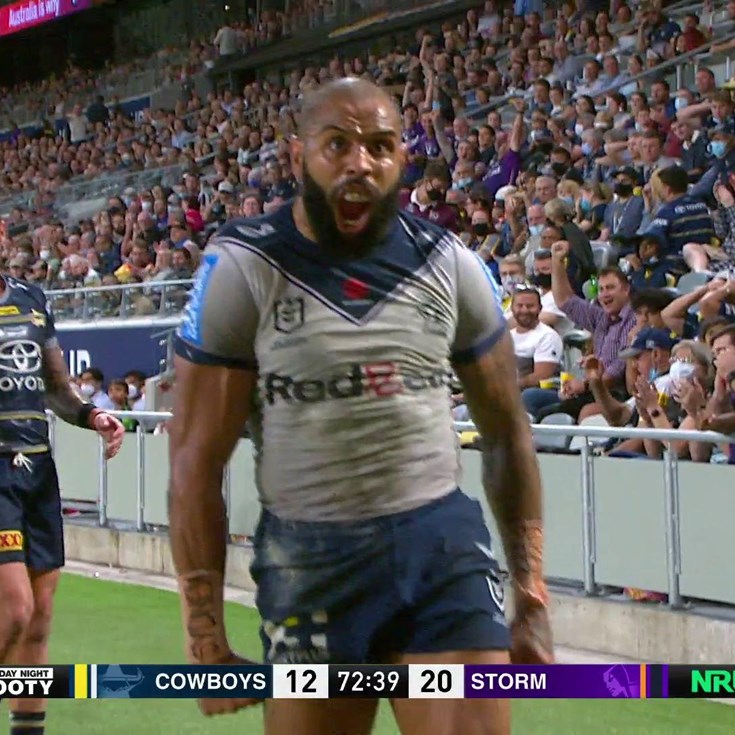