Canberra Raiders forward Dunamis Lui has agreed to a new three-year deal with the club, re-signing with the Raiders until the end of the 2021 season.

Lui, 28, has been an integral part of the Raiders team in 2018 playing all 20 matches for the club, after returning from a knee injury which sidelined him for the second half of the 2017 season.

Raiders Recruitment and High-Performance Director Peter Mulholland said the re-signing of Lui allows the club to maintain some stability in the forward pack, with Lui's experience vital for the club moving forward.

"Dunamis has shown wonderful commitment and professionalism to return from a serious knee injury and play every match for the club this season," Mulholland said. "He's an experienced first grade player who will be a valuable part of our squad in the next three seasons.

"Dunamis has been a consistent performer for us this year and we are looking forward to him continuing on his good form with the club." 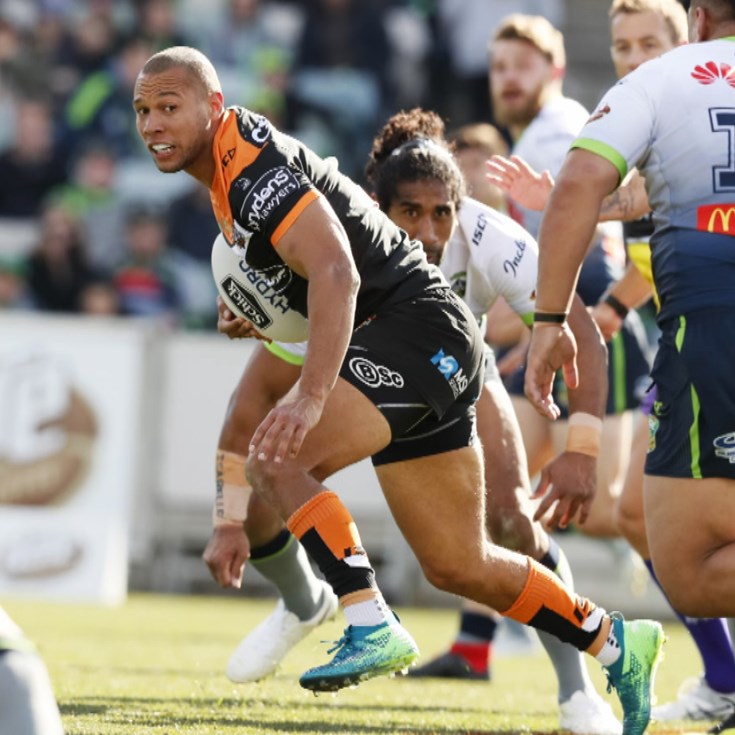 Tigers in sniffing distance of top eight after edging out Raiders

Raiders get much needed try before halftime