We are just five weeks away from the commencement of the NRL's inaugural women's competition in September. Whilst we still don't know the draw or where games will be played, we do know the rosters for each of the four teams competing (New Zealand Warriors, St George Illawarra Dragons, Sydney Roosters and Brisbane Broncos) and we also know that these teams started training last week thanks to some great social content being put out by the clubs.

When I talk about women's sport, one of my key views is that we need to celebrate how far we have come whilst never forgetting how far we still have to go.

So this Women in League round, I have really focused on the celebrating.

Often when we discuss women's rugby league, the NRL is accused of dragging its feet, particularly when you consider that this summer the WBBL will go into its fourth iteration and the AFLW will head into its third season next year. But while these competitions may be a couple of years older than ours, personally it's been remarkable to watch the rise of women who play rugby league especially when so many pioneers in the women's game did not think the game would ever reach such levels of maturity. Even players competing in this inaugural competition like Ali Brigginshaw didn't think they would ever get the chance to wear the jerseys of the rugby league clubs they grew up supporting and of the players they grew up idolising.

This week women who play rugby league have been at the forefront of my mind as well as how far the game has come in such a short space of time.

The South Sydney Rabbitohs held a breakfast on Wednesday to celebrate 'Women in League' Round. But this year the stars of the show were the Rabbitohs inaugural Harvey Norman Women's Premiership team who were presented to the breakfast and sent plenty of well wishes ahead of their grand final against Mounties on Friday night at 7.30pm. For so many of the women in this team, wearing that Rabbitohs jersey has been a highlight of their footy playing career, despite many of those women – like retiring Bunnies captain Lavina O'Meley – having worn the sky blue and Australian jersey.

When Lavina was asked whether she was going to take today off to compete in the grand final tonight, she laughed before telling everyone that she planned to take Monday and Tuesday off too.

The Rabbitohs women play in a red and pink jersey – the same jersey that the Rabbitohs men will be wearing this weekend in their game against the Sydney Roosters.

Another favourite moment this week was seeing Kezie Apps and Samantha Bremner appear together in their Red V jerseys on the cover of Big League magazine. This is the first time in the decorated history of the magazine that two women have featured on the cover.

We are also now at a point where the women competing in the competition are recognisable and I have every confidence that later this year we will see all sorts of footy fans wearing jerseys with the names 'WARD', 'BROWN', 'QUINN' and 'SIMS' on the back of them.

There is a group of women though that have not been as visible this week, but whose presence is always felt and their impact always remembered and that's the women who paved the way for this current generation of players to play the game that they love.

In a year that has been historic for the women's game, I want to acknowledge every single woman that has played rugby league in the past and particularly women like Karyn Murphy, Katrina Fanning and Tarsha Gale – all women who have watched a new cohort of women have opportunities that they could only dream about during their careers.

In an era where very few people knew who the Australian Jillaroos were, a time where training gear was often hand-me-downs and many women had to sell their cars to compete at international tournaments, I want to say thank you. We could not have got here without you. Thank you for everything you have done to pave the way so the next generation of young women grow up with the chance to say 'I want to play rugby league'. I know how indebted the current players feel towards you and that your legacy in a tremendous part of this new competition.

I spoke to Brisbane Broncos recruit Brittany Breayley earlier this week. At age 27 she has already achieved a great deal in the women's game. She won a Rugby League World Cup with the Australian Jillaroos last year, has had a Dally M nomination every year since the award was introduced for women in 2015 and was Queensland player of the year for the past two seasons.

When asked about the sacrifices she has made to play the game that she loves, Brittany pointed out that the current players do not see it as sacrificing to play the game that they love, rather it is an investment in the game for future generations. It's a special part of the women's game that the pioneers of the past and the heroes of the present all have had similar goals – improving the game so that future generations have more opportunities than they had for themselves.

Brigginshaw: 'I hope you're watching up there; I'm running out because of you'

Last week I wrote about how one of my own personal goals around 'Women in League' round is for us as a game to get to a point where the round is no longer required because the role of women in the game is so entrenched that it doesn't need to be called out anymore.

What I didn't emphasise enough though is the value in the opportunity this round gives all of us to acknowledge the women who have made and continue to make the rugby league family as strong as it is. 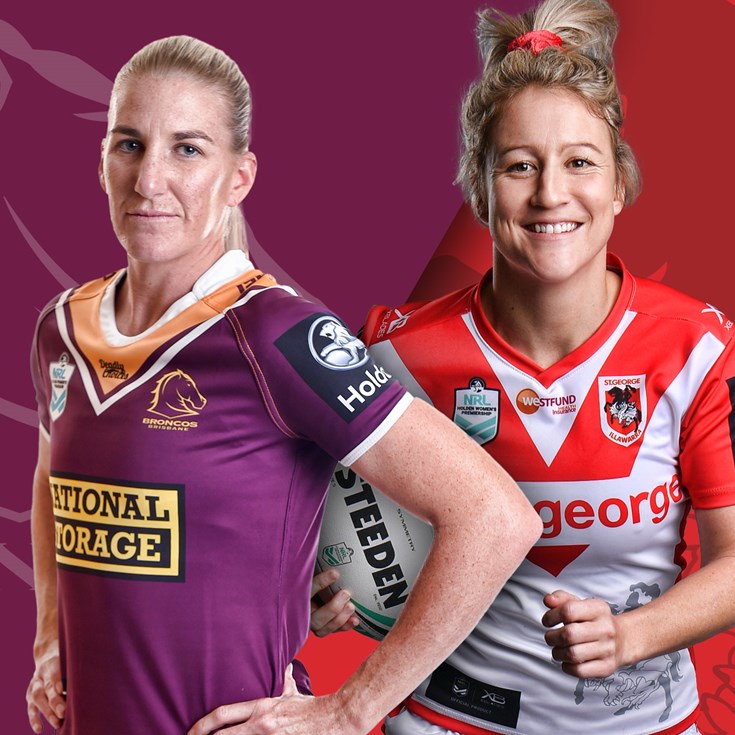