With three rounds remaining, the race for the minor premiership is wide open and there's also a huge battle going on to avoid the wooden spoon. Read Hall of Famer Petero Civoniceva's match previews and see who the NRL.com experts are backing in a pivotal Round 23.

Petero Civoniceva's prediction: The off-field drama at the Broncos is taking the focus off the footy at a time when they should be making a strong push towards the finals. The Rabbitohs are more stable but I think last week's huge game against the Roosters may have taken some juice out of them so I'll take the Broncos at home.

Petero Civoniceva's prediction: The Sea Eagles are yet another club in crisis and that doesn't help you play your best footy but they have come up with two wins in a row. The Titans were brave against Penrith and looked home for 75 minutes but somehow they were run down. They may be deflated after that loss.

Petero Civoniceva's prediction: What a turnaround it has been for the Eels, with Jarryd Hayne finding his best form. Unfotunately it has come too late but three wins in their past four games makes them a dangerous opponent for a Storm side coming off a rare home loss. Knowing the ultimate professional that Craig Bellamy is, he'll have his team back on track this week and they won't let Parra get under their guard.

Petero Civoniceva's prediction: Plenty of upheaval at Penrith in the past couple of weeks but they still found a way to get out of jail against the Titans. Every win is vital at this stage of the season and the Panthers will take them any way they can get them. The Knights keep on fighting but Penrith will be too strong at home.

Petero Civoniceva's prediction: A month ago the Dragons were looking secure in the top four and were considered premiership contenders. Now the wheels have fallen off and it's hard to fathom what has happened. You would expect them to draw a line in the sand this week and stand up but the Tigers will smell blood in the water and the Leichhardt crowd will lift them.

Petero Civoniceva's prediction: The Sharks have really flown under the radar while sides around them have been talked up. They announced themselves last week with a great win in Melbourne and I love the way they are going about their business. In contrast the Cowboys season has been a bit sad really and the quality we've come to expect from them just hasn't been there.

Petero Civoniceva's prediction: The Warriors are hitting form at just the right time and they are a side on the rise. They have been a lot more consisent in 2018 and with the finals just a few weeks away they look good. The Bulldogs put a couple of good wins together against the Broncos and Tigers but last week's loss to Manly leaves them in danger of a first wooden spoon since 2008.

Petero Civoniceva's prediction: The Roosters were great against Souths and they are marching towards the finals with lots of key players in top form. Canberra can be a dangerous opponent on their day but there is no way the Roosters will let their guard down and they'll have too much firepower. 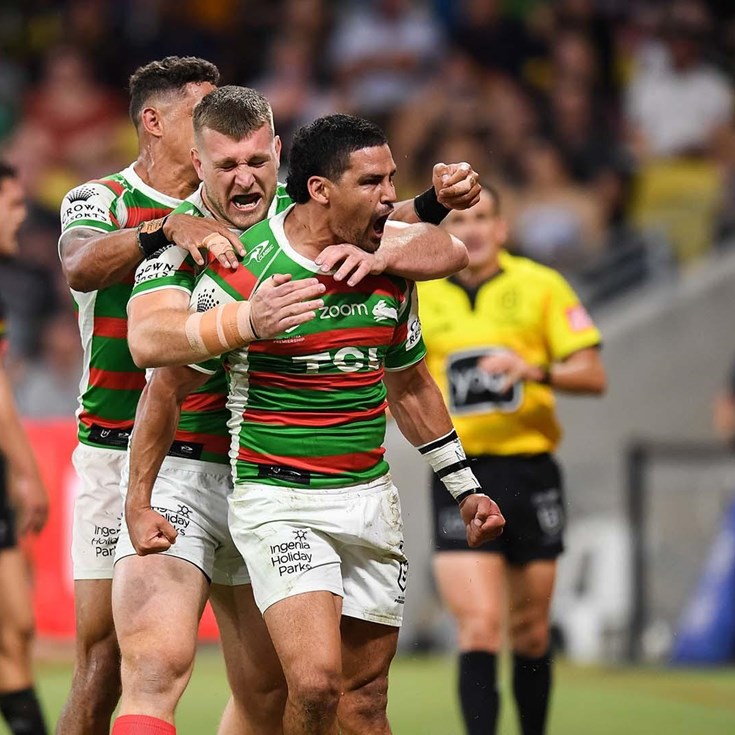 Presented By Sportsbet 8 hours ago
31:20