Broncos powerhouse Tevita Pangai Jnr has spoken candidly of the influence premiership-winning Rabbitohs lock Sam Burgess has had on his own burgeoning career.

Pangai got an up-close look at Burgess in Brisbane's 38-18 win over South Sydney at Suncorp Stadium on Thursday night in a torrid battle.

The Tongan international made a damaging run in the second-half with the scores locked at 18-all where he rumbled his way 30 metres downfield in a surge that coach Wayne Bennett said turned the game.

After the win Pangai, a student of the NRL who analyses the great players in the game and their strengths in his free time, credited English international Burgess for making him realise how powerful one inspiring act can be to a team.

"Sam Burgess is an inspirational player who does inspirational things for his team, and that is one of the things I've got from him," Pangai said.

"He played a grand final with a broken [cheek] and was still carrying it hard.

"Sam does a lot of work in the middle. He plays 70 to 80 minutes in the middle and that is a big ask for a big boy.

"He is inspirational and that is something I can add to my game … just try to use my big body to do something for the team."

Pangai said he not had a full week of training for "six to eight weeks" due to rib, hamstring and groin injuries.

Coach Wayne Bennett had told him not to overdo it, but before the Rabbitohs clash he breezed through all his sessions and was moving at his best on the park.

"I trained a full week this week ... so hopefully I can do that again and train on Monday and Tuesday of this week [coming]," he said.

"There are no worries with the body and I am feeling good. I can run freely and get back and do the tough carries for the team.

"I probably played a couple of games I shouldn't have, but my body is coming good at the right time of the year."

The Broncos are in seventh position on the Telstra Premiership ladder and can wrap up a top eight position, and possibly a home final, with wins over the Roosters and Sea Eagles in their final two games.

Pangai said the Broncos' roller-coaster year was a reflection of their own emotional swings after a win or loss, a situation he said needed to change.

"We need to work hard in our preparation leading up to the Roosters and not enjoy the win too much," he said.

"We can be happy, but not content. I feel like we are riding the highs too high and the lows too low. We enjoy the wins too much and after our losses we get down too much.

"If we can find a balance where we can just focus on our preparation we can hopefully make the eight." 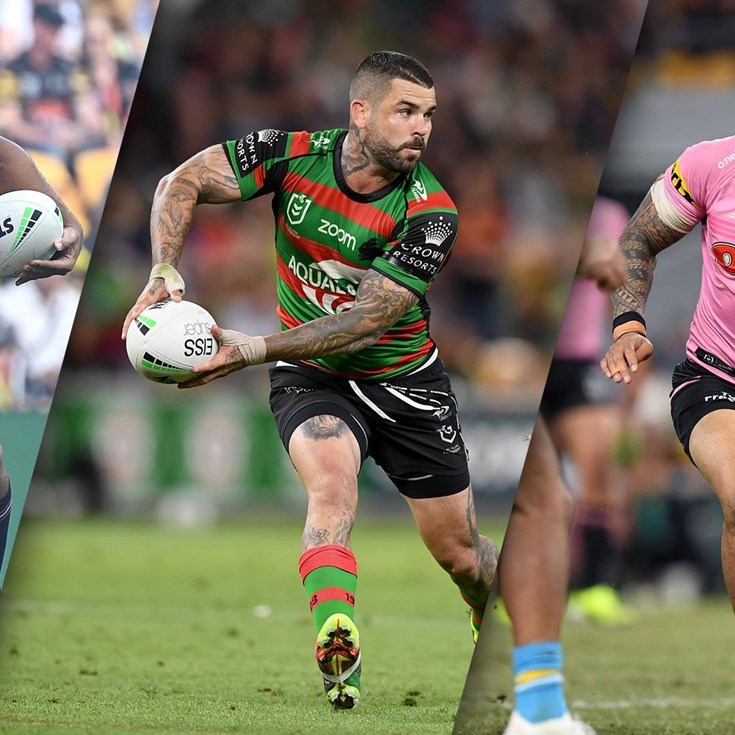 Presented By Chemist Warehouse 17 hours ago