The future of Kalyn Ponga as a five-eighth will be largely left in his own hands, according to Newcastle Knights coach Nathan Brown.

The 20-year-old moved from his regular fullback role to playing his first game in the No.6 jersey, joining premiership-winner Mitchell Pearce in the Knights halves as they beat Penrith 20-12 at Panthers Stadium.

"Look it's Kalyn's career... so you'd probably have to ask him to be honest with you," Brown said.

"Him and Connor [Watson] are both good at five-eighth or fullback so it's more a question for Kalyn than it is for me. Obviously I'm the coach but he's only early in his career and he did come to us to play fullback.

"If he wants to stay at five-eighth I don't think Pearcey would be unhappy or the team. If he wants to play fullback he can. They are both good little footy players he and Connor so they're interchangeable in the long run anyway."

Pearce enjoyed the fact he and Ponga were able to train all week alongside each other, with Watson out with a groin injury.

"This was one of the first weeks we sort of got to train together. I thought we combined really well on a couple of those tries," he said.

"I thought Kalyn was awesome. I love playing with him and I thought our defence gave us the opportunity to apply some pressure in attack tonight."

Pearce and Ponga were the last two passes before winger Ken Sio went over near the left corner post in the 69th minute to seal the win.

Ponga had set up his centre Cory Denniss with a grubber for the Knights second try. It was Ponga's 11th try assist for the season.

"Kalyn is a good player anywhere…. Matty Johns told me he could play tight prop and do a solid job," Brown said.

"When he is at five-eighth he gets a little more chance to put himself around the ball. He's got more energy to support that because obviously the fullback does a lot more running.

"He'll probably stay there next week… just see how his ankle pulls up… but he's a good footy player so I'm not sure it matters where we put him, who coaches him, or what club he plays for."

Meantime, Brown is just happy his side defended for the full 80 minutes.

"They've [Panthers] got some big players so the effort from the boys to keep turning them away was outstanding." 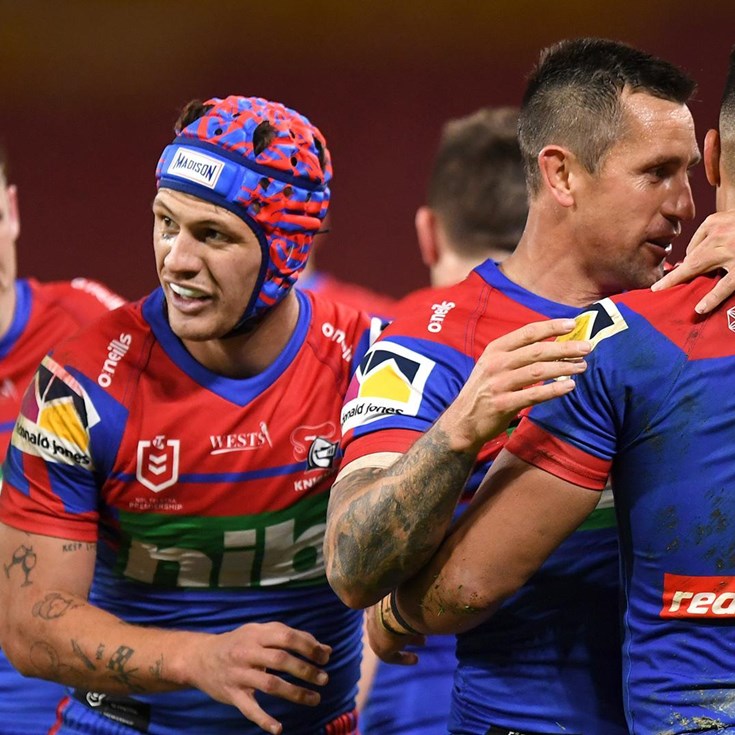