Panthers coach Cameron Ciraldo doesn't think his side has anything to fear over possible sanctions following a virtual all-in brawl at the end of their 20-12 loss to the Knights on Saturday.

One of the four men sent to the sin-bin was replacement five-eighth Tyrone May, who came into the side for the injured James Maloney.

Losing a second half in two weeks would stretch the Panthers reserves again as they face the Warriors at Mt Smart Stadium next Friday night.

"I'm not sure what the consequences will be. But it would be disappointing if we did lose anyone to suspension," Ciraldo said after May and second-rower Viliame Kikau were the two Panthers marched by referee Ben Cummins.

They joined Shaun Kenny-Dowall and Danny Levi from the Knights, with the actions of all four players certain to be scrutinised by the NRL's match review committee.

"I haven't asked the boys yet what happened and I didn't have a good view of it. But there was definitely some frustration out there," Ciraldo said of the scoreboard leaning heavily in the Knights' favour 20-6 when the fighting erupted in the 76th minute.

"But that's no excuse to be involved in that. I didn't see who started it but we've got to be better than that and keep our cool."

Ciraldo was equally defiant in the loss of Maloney's orchestrating skills having a major bearing on the result against the Knights. The playmaker is expected to miss the last two remaining Telstra Premiership club rounds due to medial ligament damage in his right knee.

"We were pretty confident the way we trained though the week and full confidence in Tyrone May coming into the team," he said.

"So I don't think missing Jimmy was the reason we lost our way a little bit. That's happened pretty regularly lately.

"Hopefully we get Jimmy back as he's a pretty important part of our team. He's got that cool head and guides us around the park pretty well, but we're not worried about Tyrone May in there either."

The Knights loss puts the Panthers in a precarious position, when it comes to locking in a top-four spot. They next face the Warriors and the Storm to give the Panthers two top-eight sides to end the regular club rounds.

"We need to turn things around pretty quickly. We spoke about that in there (in the sheds). We've got two weeks to turn it around and get our game back on track," Ciraldo said.

"They're two tough away trips but that might be the making of our season if we can go away, be around each other a bit more, rip in, and get two good performances."

The slow starts are the first priority. Penrith came from behind against the Titans, Raiders and Sea Eagles to secure wins recently. But their luck ran out against the Knights, and could result in personnel shifts.

"If we keep having the same starting people out there, we might have to change the people who start the game," Ciraldo said. 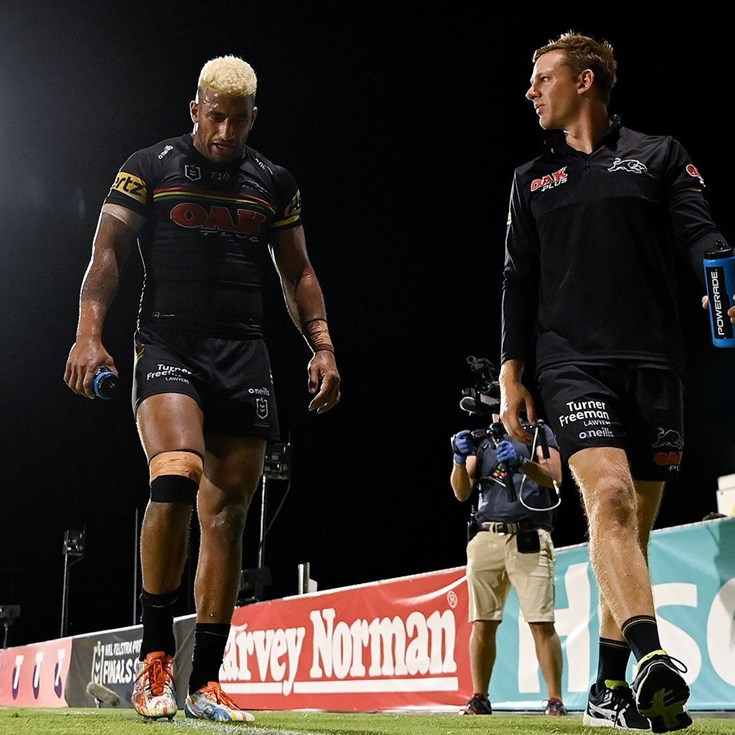