One week after upstaging the No.1-ranked team in the competition, the Raiders will be looking to claim a second big scalp in Saturday's duel with the Rabbitohs.

Attack is what the Raiders usually hang their hat on, but Ricky Stuart was delighted to see his team knuckle down in the tackling department and beat the defensive-minded Roosters at their own game.

It'll be interesting to see if they retain the same mindset against the Rabbitohs, given that this is a meeting between the competition's highest-scoring teams.

Souths have lost two in a row since beating the Storm in round 21 and need to re-focus on what made them so dominant during their mid-season run of wins.

The Bunnies have key players out in the backline and hope to welcome captain Greg Inglis back this week after he missed several games with a broken thumb.

Key match-up: Some NRL watchers reckon the Raiders would be in the top eight if Josh Hodgson hadn't missed a large chunk of the season through injury. We'll never know, but you can bet the English international will be fired up for a big game against NSW Origin hooker and Dally M contender Damien Cook, who was unusually quiet in last week's loss to the Broncos.

For the Raiders to win: If they can defend as staunchly as they did against the Roosters, the Green Machine are a definite chance. The Raiders forwards need to meet the Burgess boys with brute force and test their suspect ball security.

For the Rabbitohs to win: The return of Inglis should provide an immeasurable boost to a team needing a shot in the arm ahead of their finals campaign. As mentioned the Burgess brothers need to take better care of the ball, while Adam Reynolds and Cody Walker have to get the back-line firing again after a couple of lean weeks.

Raiders Stat Attack: They lead the NRL in points scored (523) but stopping the other team from scoring has been a season-long problem for the Raiders. Only the Sea Eagles, Titans and Knights have conceded more points than the Green Machine.

Rabbitohs Stat Attack: The Burgess lads might be prone to mistakes but they aren't the worst offenders among the Bunnies. Cody Walker leads the NRL in handling errors (19), while Angus Crichton (14) is also good for the odd turnover.

And another thing: The 1989 grand final between the Raiders and Balmain Tigers is remembered as one of the greatest in history, but neither team was the standout during the regular season. That honour went to the Rabbitohs, who captured the minor premiership with 18 wins, three losses and one draw from 22 matches. In fact Penrith finished second, but both the Rabbitohs and Panthers were bounced out the back door with consecutive finals losses. The Raiders claimed their first premiership, coming from 12-2 down to beat the Tigers 19-14 in extra time.

Raiders: Canberra are 1-17, with Jack Murchie and Liam Knights dropping off the extended bench on game day. Michael Oldfield (knee) is back at centre, allowing Elliott Whitehead to return to the second row with Joseph Tapine (broken thumb) out. Aiden Sezer (hamstring) and Makahesi Makatoa dropped out of the squad 24 hours prior to kick-off.

Rabbitohs: The Rabbitohs are boosted by the returns of fullback Alex Johnston, winger Campbell Graham and crucially, skipper and centre Greg Inglis. Dane Gagai shifts from fullback to centre with Tyrell Fuimaono replacing Mawene Hiroti on the bench. Dean Britt, Hiroti, Bradon Burns and Richie Kennar dropped out of the squad named on Tuesday.

Petero Civoniceva's prediction: The Raiders played some great footy last Sunday and I can just see Ricky Staurt getting in their ear and revving them up to finish the year on a high. There's no doubt they are capable of another upset but I expect Sam Burgess to lift the Bunnies and the return of Greg Inglis would be huge. It's time for Souths to make a statement. 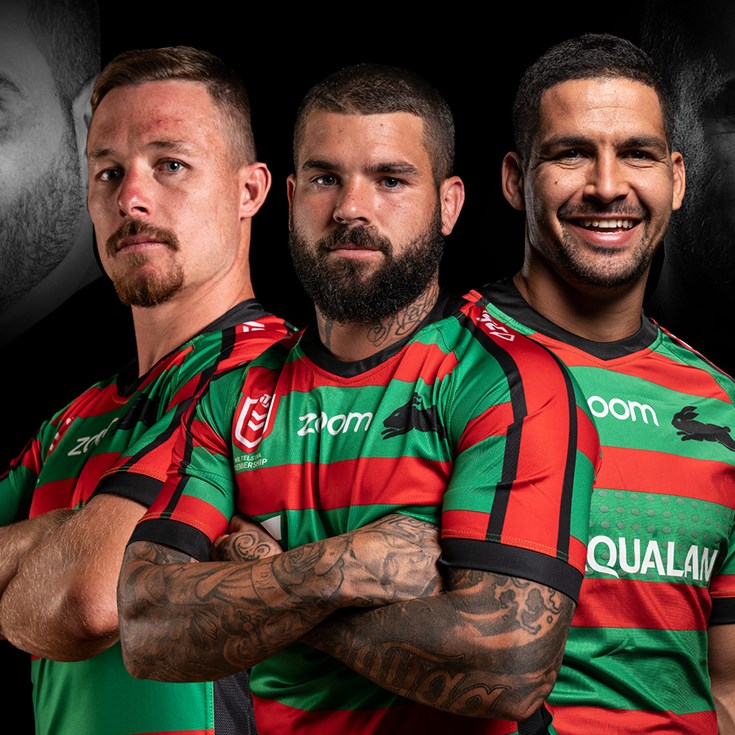