Under Green, the Cowboys have been focused on retention rather than recruitment but in the next year or two, they will cast the net outside the club in their quest to return to the finals.

James Tamou and Rory Kostjasyn left the club at the end of 2016 but now the fragmenting of the 2015 premiership squad is gathering pace. On top of the retirements of Johnathan Thurston and Antonio Winterstein, the Cowboys are releasing Kane Linnett and Lachlan Coote. NRL.com understands Shaun Fensom and Javid Bowen are unlikely to be at the club again next year.

Veteran forwards Matt Scott and Gavin Cooper, off contract in 2019, are also nearing the finish line.

The Cowboys will have money to spend on blue-chip players with representative stars Valentine Holmes and Cameron Munster understood to be in their sights for 2020 as well as other strike backs for next year.

The development of half Jake Clifford and centre Enari Tuala has come at just the right time.

Green is certain 2018's slide down the ladder will be an aberration.

"It doesn't take too much for you to go backwards as we've learned that this year, but with a couple of good signings and injection of fresh blood you can pretty quickly change things for the better also," Green told NRL.com.

"That is one of the things the cap allows you to do. It keeps things even so you can become competitive again.

"We've still got a couple of spots vacant and we are looking to sign a few people. Hopefully, a few balls can fall our way there.

"We have got a few irons in the fire so I don't want to say too much at this stage but we set some goals over five years about where we wanted to get to as a club and as a team, and apart from this year we've been heading in the right direction."

The Cowboys have been criticised for not rejuvenating their squad enough in recent years. Green stuck by the 2015 squad because the core of that side kept performing, while conceding roster change was as inevitable as it was necessary.

"You want to have some loyalty because they have done a great job for us in the past. It is always a balancing act, but we need to stay competitive as well," he said.

"We always knew this year was going to be a transition year and I have learned a bit more about recruitment and how to project forward to where things are going to be.

"I'd say next year will be Matt Scott's last, and Coops (Gavin Cooper). It is a great chance for them to bring the next leaders through because they have been fantastic leaders for us themselves over the last five years in particular."

"We had a taste of life without Johnno last year and that is going to happen again next year so we know what to expect," he said.

"We've blooded a couple of young blokes and it is good for those guys to get some experience. It is year five since I've been coach. You need to keep refreshing what you are doing but you don't want to reinvent the wheel either.

"We've had a pretty successful period so far, but when you've had a season like we've had it makes you stop and have a look at everything."

That extends to all areas of football operations.

Peter Parr, who has been the CEO in the past and most recently the general manager of football, has taken on a new role as director of football.

The major change is Parr will scale back his operational activities and take a more strategic, big picture approach to the future.

"We are about to enter into an exciting phase of our life at the Cowboys with a new stadium in 2020 and potentially new headquarters," Parr told NRL.com.

"We are moving into an era post some of our greats retiring in the next few years. We will have a turnover of players, we will celebrate the careers of some of our best ever players and we have an exciting crop of young players coming through so I think everybody involved is very excited about where it is going." 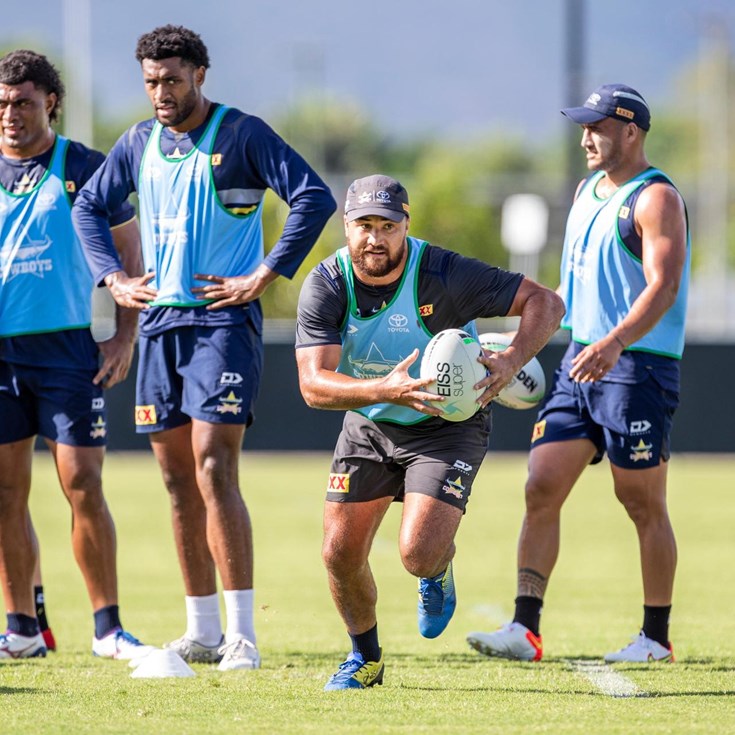 Renouf: How the Cowboys can get back to finals footy in 2020