It's taken 24 rounds, but the Canberra Raiders have finally started to show the rest of the NRL what they are capable of in 2018.

It's a case of better late than never for coach Ricky Stuart who basked in the afterglow of his side's 24-12 win over the South Sydney Rabbitohs, as they continued their giant-killing run to end the regular season.

Having not secured a victory against a top-eight side all season, Canberra has now pulled off two stunning victories in as many weeks against the Sydney Roosters and the Rabbitohs.

"I'm very excited about the quality of football and the way we won over the last two weeks," Stuart said.

"I know as a coach we've got that in us and we've got to get more of it for our fans and for us.

"But we've got to get more resilience and composure, which we showed is in us over the last two games.

"I've known it's in us, we work very hard, nobody sees the work we put in, towards those close losses we've had and there's nobody more disappointed than the players and myself.

"So, it's there for everybody to see that we've got it in us, we've got to have more of it."

Down 12-0 after 17 minutes, the Raiders were a chance of slipping back into bad habits and being forced to get through too much work in defence early in the game.

However, 59 tackles inside the Souths' 20-metre area proved too much for the visitors, with Nick Cotric scoring and then kicking the ball into the stands in celebration in the 70th minute to seal the victory.

"We got a little bit frustrated in parts when we got down their end we tried to push a pass because we'd not really put them under the pump, sometimes it makes you force your hand a little bit," Canberra captain Josh Hodgson said.

"We were a lot better in the second half and I thought some boys had massive games for us, especially against a team like that with a big pack.

"They just keep coming at you all game and we had to be on for the whole second half and I think we were."

The win was tinged with sadness for Canberra, with it being the final home game for Blake Austin, Shannon Boyd and Junior Paulo who will all leave the club at the end of the season.

Stuart said the difficult season - including seven losses by six points or less, off-field drama with Jack Wighton's suspension and season-ending injuries to key players such as Jarrod Croker - had only made the playing group stronger.

"Sometimes you fall off track, but we get back on track really quickly at this club.

"And it's a credit to what Josh (Hodgson) and Jarrod Croker's done as leaders, and we played for those boys today and it was lovely they could go out knowing they played their last game here and the three of them played really big parts in the win."

The imperative word for the Raiders as they head into their last game of the season against the New Zealand Warriors is "more". More discipline, more effective tackles more of the time, which will result in more points for the always potent Raiders attack.

"It obviously helps us looking forward to next season, but obviously it's frustrating because we know what we've got," Hodgson said of the side's last two weeks.

"But as Stick said we've got to work on that consistency, we don't get blown out of the water very often.

"It's about turning up like that each week and fine-tuning a few things and that's what we'll continue to do." 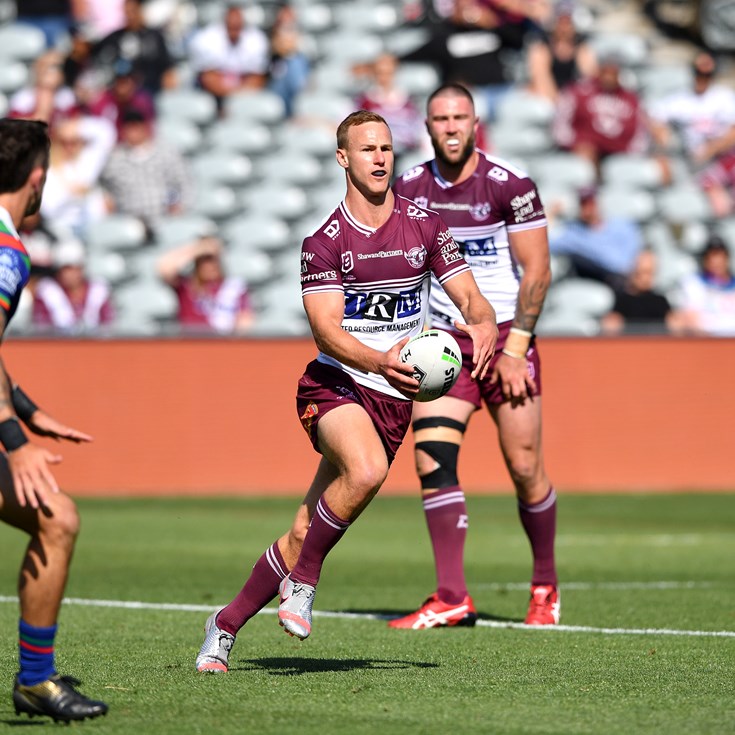 Raiders down two but far from out of title fight: CNK