Cowboys prop Matt Scott said the nature of Friday night's emphatic win over the Eels has left the club wondering what might have been in 2018.

While thrilled to have registered a win in his 250th game, Scott's regret is that his side hadn't been playing to that standard all year.

"There's certainly some frustration there. It is the type of footy we can play, we know we can, we've got the players who can do it, we've got a great coaching staff.

"I'm not too sure why we haven't been able to produce that more consistently this year but really the last six to eight weeks have been some really good footy."

Close losses to the likes of the Melbourne and the Rabbitohs this season are some of the confidence builders the Cowboys will have going into 2019.

"We've showed what we can do, what we want to and we just need to take some positives out of it tonight and take it into next year," Scott said.

The Cowboys' late-season improvement has coincided with the return of front-rower Jordan McLean. The return of the Australian representative has seen him form a strong combination with Scott and Tongan wrecking ball Jason Taumalolo.

"The last five or six weeks, our middle has been really good. I think Jordan coming back into the side has added a lot to our team," the co-captain said.

"Me, him and Jason form a really good combination there and get the team off on the right foot and tonight we showed that again with our start."

"It really is metres just come with a good team performance, if you complete high and defend well then generally you can make some metres." 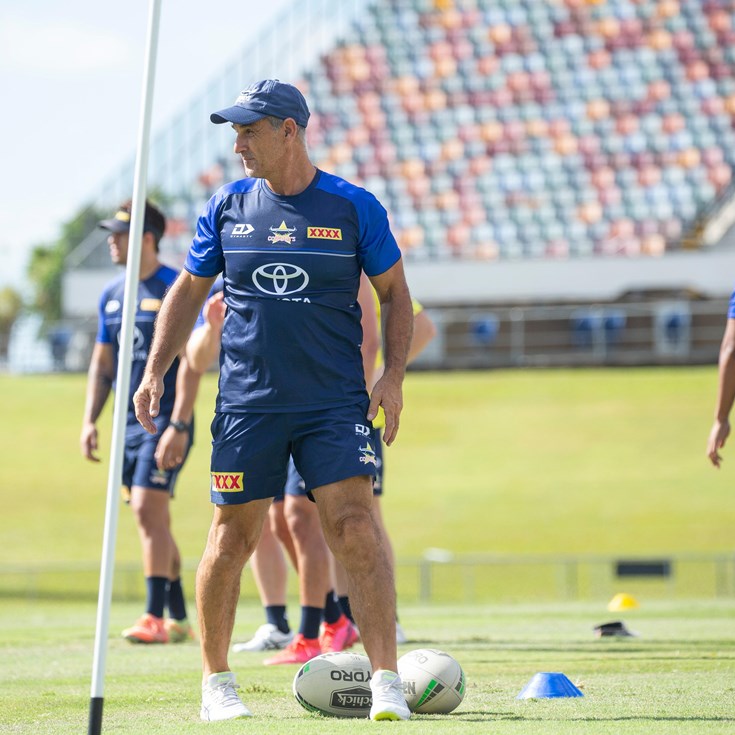 Cowboys' next challenge: Get job done without Taumalolo