1. Dallin Watene-Zelezniak: Great bust to set up his team’s second try by James Maloney. Continually sniffed for opportunities in the middle, cleaned up a couple of difficult kicks and positionally was excellent. 8

2. Josh Mansour: Made some decisive plays in attack and defence. Put Hiku into in-goal after fumbled kick, forced Mannering to lose the ball after a razzle-dazzled set deep in Panthers territory and ran a team best of 171m from 20 carries. All class. 8

3. Waka Blake: Great chase on Shaun Johnson to save a try when the Warriors were on top but made a few defensive errors. Worked hard and troubled the Kiwis every time he had a whiff of space. 7

4. Tyrone Peachey: Scored two first half tries then put on a great step and pass for Crichton’s try. Absolutely did a job on Solomone Kata. 7.5

5. Christian Crichton: Did his job well enough, rucking the ball out from his own end and made no errors. Did whatever was asked. 6

6. James Maloney: Put his side under pressure with a bad pass intercepted early but, typically, responded immediately with a set 40-20 that led to Peachey’s first try then soon after tagged onto a Watene-Zelezniak break to score under the posts. From he then controlled perfectly the Panthers’ onslaught in unison with Cleary, often toying with Warriors. 9

Cleary: Maloney is a warrior

7. Nathan Cleary: Great kick for a Peachey try when his side needed a lift at 12-2 behind and was near faultless from then on whether kicking running or passing thanks to the momentum his forwards provided. 8.5

8. Trent Merrin: Only played 34 minutes (24 plus 10) and wasn’t as dominant as several of his middle teammates yet made 20 tackles. Only seven hits-ups though. 6

9. Sione Katoa: Gave slick service from dummy half and made 31 tackles, missing just one. Didn’t have to take much on himself with his forward mates on a 60-minute rampage. 7

10. Regan Campbell-Gillard: Strong and physical in defence and made some good tough carries but was not over-dominant in his 51 minutes on the field. 6.5

11. Villiame Kikau: A sloppy pass early almost saw Shaun Johnson score but once he received some good ball he terrorized the Warriors’ right edge, making 131m in his 12 carries. 7.5

12. Isaah Yeo: Threw a great short side pass put Peachey in for his second try. Solid as anyone would want in defence and worked hard off the ball. 7

13. James Fisher-Harris: First class defensively, topping the tackle count with 32 and plenty of them had sting. And was a constant threat with the ball. 7.5

14. Tyrone May: Did not enter the game until the 58th minute but was solid in his 22 minutes, playing his role in keeping the ruck tidy. 6

15. Moses Leota: Provided the perfect impetus from the bench in the first half and never relented. Some big hits, strong running. Exactly what a semi-final team needs from the bench. 7

16. Corey Hawariwa-Naera: Provided so much energy off the bench and there was plenty of sting in his defence during his 47-minute stint. Troubled the line every time with his strength and footwork. 7

17. James Tamou: Tremendous go-forward when he came on, often punching through the line for good post-contact metres. Ran for 99m from 11 runs and made 20 minutes. Another bench-man who kept the onslaught going. 6.5

1. Roger Tuivasa-Sheck: Tough night for the skipper. Left the field injured in the 28th minute and didn't return. 4/10

2. David Fusitu'a: Scored his 23rd try of the year in the first half with a typically acrobatic finish. Showed he is a real player of the future. 6

3. Peta Hiku: Strong defensive performance early on. Shifted to fullback with Tuivasa-Sheck sidelined and asked the Panthers defence plenty of questions with his lung busting carries. 6

4. Solomone Kata: Anonymous performance. Underwhelming and disappointing given he has been one of his team's best players in 2018. 4

5. Ken Maumalo: Plenty of determined runs to get his team out of their red zone. Finished with a team-high 182 runs metres. 6

6. Blake Green: The composed five-eighth did everything possible to spark his team. Also made 26 tackles. 6.5

7. Shaun Johnson: Mixed performance from the halfback. Last tackle options left a lot to be desired. Needs to run the football more. 5

8. James Gavet: One of his team's best. Overcame an early scare with a knock to his neck, did everything to inspire his team with a series of charging carries. 6

9. Isaac Luke: Arguably the hit of the year on Panthers pivot James Maloney early in the second stanza which briefly sparked his team. Scored a try, but his kick-off out in the full midway through the first half was costly. 6.5

10. Agnatius Paasi: The menacing prop only chalked up 49 minutes and will be disappointed that he was outplayed by his opposing pack. 6

11. Adam Blair: The experienced back-rower went missing. No doubt his teammates and the coaching staff would have expected much more from the Kiwi international. 4

12. Tohu Harris: Tackled himself to a standstill, finishing with 41 to his name in a contest where his team spent plenty of time without the ball. 7

13. Simon Mannering: Not the way the departing veteran wanted to end his decorated career with the club. Game number 301 for the Warriors proved to be his last. 5

14. Jazz Tevaga: Tried to inspire his team, scoots out of dummy half was a good foil for his teammate Luke. 6.5

15. Isaiah Papali'i: Limited time off the bench, struggled to make an impact. Tackle efficiency was 100 per cent. 5

16. Bunty Afoa: 26 tackles in his 30 minutes on the park. Impact could have been significant if he started. 5.5 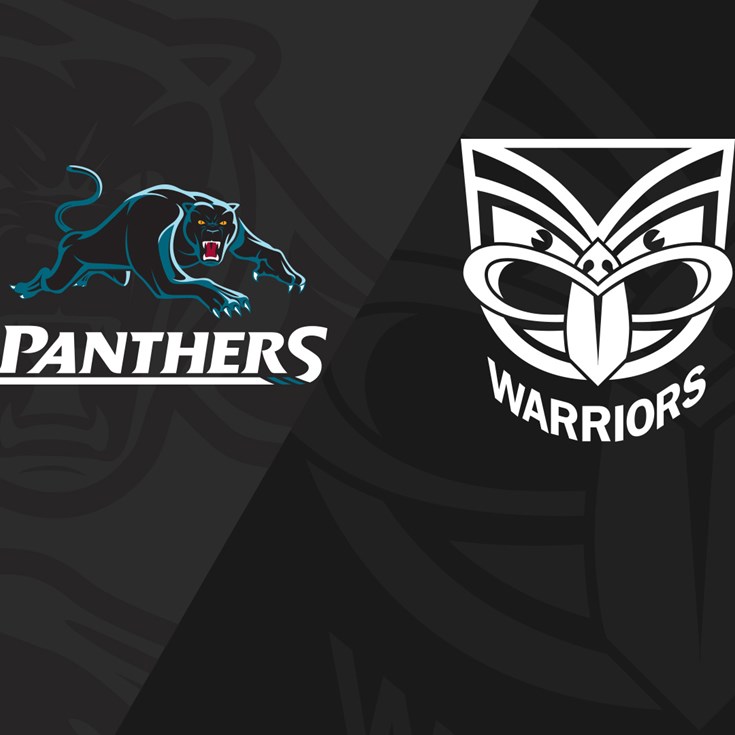 Kearney gives an update on RTS

Maloney: Making the Finals isn't a win for us