The opening round of the inaugural NRL Holden Women's Premiership kicked off with two high quality games and some incredible individual performances.

The Warriors had to overcome a flight diversion the night before Saturday's match, stunning the more fancied Roosters by carving out an early 10-0 lead in slippery conditions and relying on staunch defence for the rest of the game to claim a 10-4 victory.

Brisbane backed up their strong trial form with a dominant 30-4 win in humid conditions at Suncorp Stadium on Sunday.

Here is NRL.com's Team of the week:

1. Chelsea Baker (Brisbane Broncos) – An easy choice for player of the round. Stepped up enormously for her side with two tries, five goals and 165 running metres. Put her name in the history books for the first Broncos four-pointer in the NRLW competition.

2. Julia Robinson (Brisbane Broncos) – A solid performance from the talented recruit, despite sporting a nasty head injury after colliding with Dragons centre Jess Sergis. Finished the game with 89 running metres and topped the Broncos' tackle-break count with six.

3. Honey Hireme (St George Illawarra Dragons) – The only Dragons player to run for more than 100 metres in a solid display moving to the centres. Also came up with an equal game high 11 tackle breaks. Needs more ball in round two.

4. Isabelle Kelly (Sydney Roosters) – In a side that struggled for cohesion, Kelly was dangerous with every touch of the ball. Was well contained by an impressive Warriors outfit but still churned out a high work rate to go with the first ever Roosters try.

5. Hilda Mariu (NZ Warriors) – Made history by scoring the first NRLW try, crossing in the eighth minute against the Roosters, and was defensively clean on the right edge containing the dangerous pairing of Isabelle Kelly and Taleena Simon.

6. Laura Mariu (NZ Warriors) – A professional performance from the veteran playmaker. Set up what turned to be the match-winner in the first half with a deft cut-out pass, before coming up with a bone-rattling hit late on Isabelle Kelly.

7. Ali Brigginshaw (Brisbane Broncos) – A captain's knock in a sharp performance for the Broncos. Scored a try and played a hand in two more. Ran for 105 metres alone.

8. Ngatokotoru Arakua (Brisbane Broncos) – One of the many surprise packets that will be discovered throughout the NRLW competition. The Broncos prop made impact as she entered the field and finish with 113 running metres, two line breaks and a four-pointer.

9. Brittany Breayley (Brisbane Broncos) – Topped the tackle count with 29 and set up two tries in an all-round quality performance. Left the field in the second half with an elbow injury in the only concern for the Jillaroos representative moving forward.

10. Chloe Caldwell (Sydney Roosters) – Got the Roosters moving forward when she was injected into the game, enabling the Tricolours to get on the front foot with 111 metres. Could force her way into the starting side if her form continues.

11. Onjeurlina Leiataua (NZ Warriors) – A barnstorming performance from the back-rower to inspire her team to victory. Ran for 113 running metres from 13 carries, made four tackle breaks and was defensively sound.

12. Maitua Feterika (Brisbane Broncos) – Looked a threat with every touch of the football to charge her way over the line in the first half. Came up with an uncharacteristic nine missed tackles in the only major concern for the Kiwi Ferns representative.

13. Luisa Gago (NZ Warriors) – Got through a mountain of work in the middle and was among the Warriors' best in shutting down the Roosters forward pack momentum. Ran a good line off Laura Mariu in what turned out to be the match-winning try.

14. Sam Bremner (St George Illawarra Dragons) – Couldn't do much more for her side given the scoreline against her. Ran in for the Red V's only four-pointer of the afternoon and made 11 tackle breaks alone.

15. Krystal Rota (NZ Warriors) – Not the shortest dummy half but looked sharp in the position to help deliver the side's first try, before churning out 10 runs and 35 tackles in a quality 60-minute display.

16. Victoria Latu (Sydney Roosters) – Similar to Caldwell, prop Latu provided a burst of energy for the Tricolours late in the first half and continued to make yardage with every carry.

17. Kezie Apps (St George Illawarra Dragons) – Was dominant in defence and rightfully targeted by the Broncos when she carried the ball. Topped the Dragons count with post-contact metres and made two offloads. 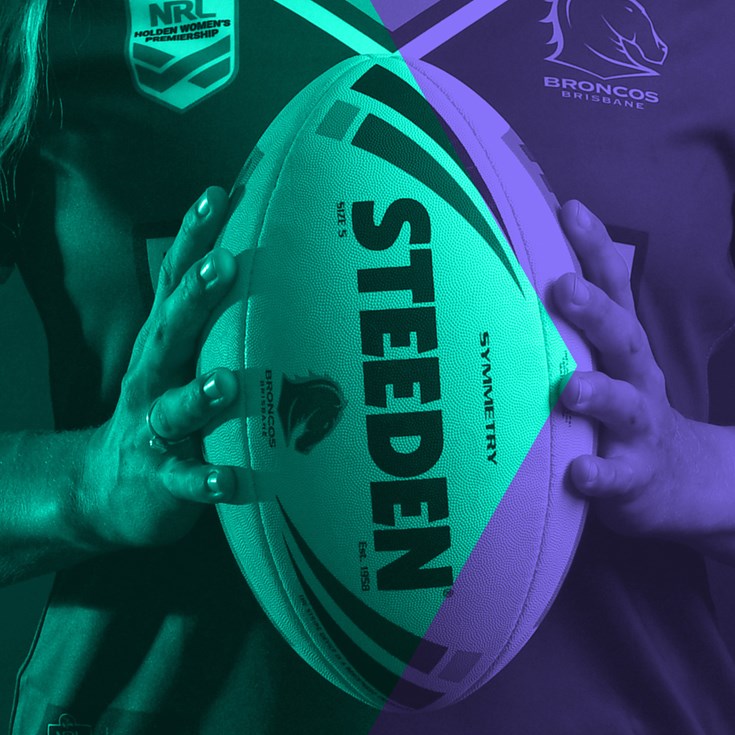