Normally someone who makes 102 tackle breaks in a season, as Dragons fullback Matt Dufty has, doesn't attract any derision.

But the 22-year-old Dufty has copped more than his fair share recently and opposing No.1 in this weekend's Telstra Premiership Finals series, South Sydney's Alex Johnston, feels for him.

"I haven't really read much into what the media has been saying," Johnston told NRL.com.

"He's a talent. He brings a lot to their offence. He's someone we'll be watching out for that's for sure, as I think he's scored a few tries this year."

But the tries dried up after round 19, with Dufty not crossing the white line again until the round 25 win over the Knights. He also scored the last Dragons try on Sunday to send the Broncos on holiday.

However, it was that five-match drought that ruffled Dragons fans feathers, thinking their plucky No.1 had run out of puff.

Johnston nods in agreement with the fickleness of the so-called club faithful.

"He is very quick off the mark, then once he gets going he seems to get faster," Johnston said.

"But he doesn't work in isolation. There are a few dangers in their backline."

The Rabbitohs back five reeks of classy finishers as well.

"We've had a good season so far but we've still got a job to do," Johnston said. "But it does help having guys like Greggy [Inglis], Jenko [Robert Jennings] and Gags [Dane Gagai] who have played for their country  - so it's special to be a part of that."

"It was very physical, very fast and it was good to be a part of it,'' he said.

"Obviously disappointed we didn't get the win but we take a lot of confidence with what we did in attack.

"We will have to fix our defence for this week against the Dragons. We need to get into that arm wrestle of the game.

"If we do that we can be unstoppable, as long as we complete our sets."

The Rabbitohs completed at 81 per cent against Melbourne. But Storm pipped them at 89 per cent.

Johnston was on the wing for Souths' 2014 premiership-winning team. He is an experienced finals campaigner but he still swallows hard before kick-off.

"Still the nerves kick in a bit at this time of the year. But with the belief we've got in this team it definitely helps me with my nerves," he said.

"We remain confident with what we can do with the ball. And if we take that confidence into the game we'll win." 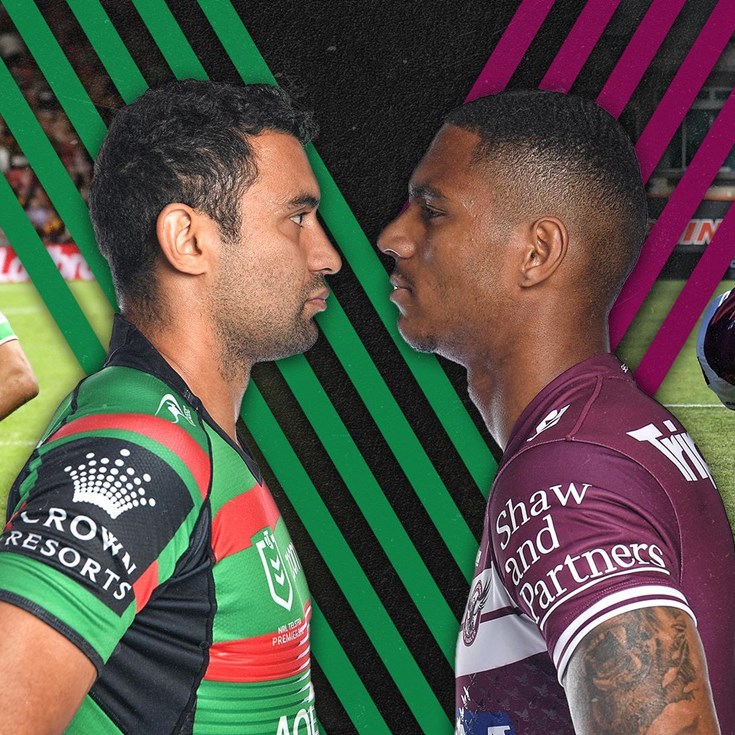