As part of the NRL.com series reviewing each club's 2018 season, Dylan Morris looks at a disastrous campaign which saw Parramatta slide from the top four to a wooden spoon in the space of 12 months.

Sadly for Eels fans, 2018 was a year of promise that quickly turned into a nightmare.

Coming off a super impressive 2017 season and welcoming prodigal son Jarryd Hayne back to the fold, the Eels were expected to be among the contenders.

By mid-April that dream had been shattered. They were 0-6 and going nowhere fast, despite boasting a roster that included Hayne, Corey Norman, Clint Gutherson, Mitchell Moses and Michael Jennings.

From 0-6 they never threatened the finals equation and not even some late-season upsets over the Titans 28-12 (in round 21) and Dragons (40-4 in round 22) could brighten the mood around the club.

Parramatta's for-and-against of -176 was the second worst in the Telstra Premiership but they still had chances to avoid the club's 14th wooden spoon in the final few rounds.

Instead they succumbed 44-6 to fellow cellar dwellers the Cowboys in round 24 and were hammered 44-10 by the Roosters in the final round when their motivation had hit rock bottom.

Jarryd Hayne led the Eels in tries (10) and line breaks (10) but only made 15 appearances. In a worrying sign for Parra fans, Hayne has not re-signed with the club. If the Eels want to restore credibility in 2019, they need Hayne back on deck and playing a full season.

Honourable mention must go to tireless prop Daniel Alvaro, who averaged 106m per game in his 19 appearances and made 748 tackles at 93% efficiency.

The Eels were leading Penrith in the season opener when gun playmaker Mitchell Moses was sin-binned and then left the field for an HIA. With their No.7 missing 25 minutes of the match the Eels lost their way and were run down. Their confidence copped a huge dent and a week later they gave up 54 points to Manly.

If there is anything that accurately reflects the Eels 2018 season it's coach Brad Arthur's comments after their loss to the Cowboys in round 24 which guaranteed them the spoon. "It's embarrassing the scoreline, but we've got to deal with it, we've got to move on," he said.

That could be easier said than done.

In a season to forget, the thumping win over a Dragons side that was contesting for the top four was a rare highlight. The Eels were tough in the middle, their backline clicked and their fans were left wondering why they hadn't seen this kind of play from all year long. A hat-trick from Hayne was the catalyst.

In a season of gut-wrenching defeats, the round two shutout at Brookvale was the most embarassing. The Eels were inept, conceding a string of soft tries and unfortunately for them, what was considered an aberration at the time, became a sign of things to come.

The Eels have added Raiders prop Junior Paulo and Manly second-rower Shaun Lane to give them some much-needed size in their pack while Roosters winger Blake Ferguson will bring experience on the flank.

Veteran prop Suaia Matagi is joining Huddersfield while Hayne's the biggest free agent still yet to put pen to paper.

The future is uncertain for the Eels.

They have talent but with Brad Arthur coming off contract at the end of next season, pressure will mount on the coach if he can't get them back into finals contention. 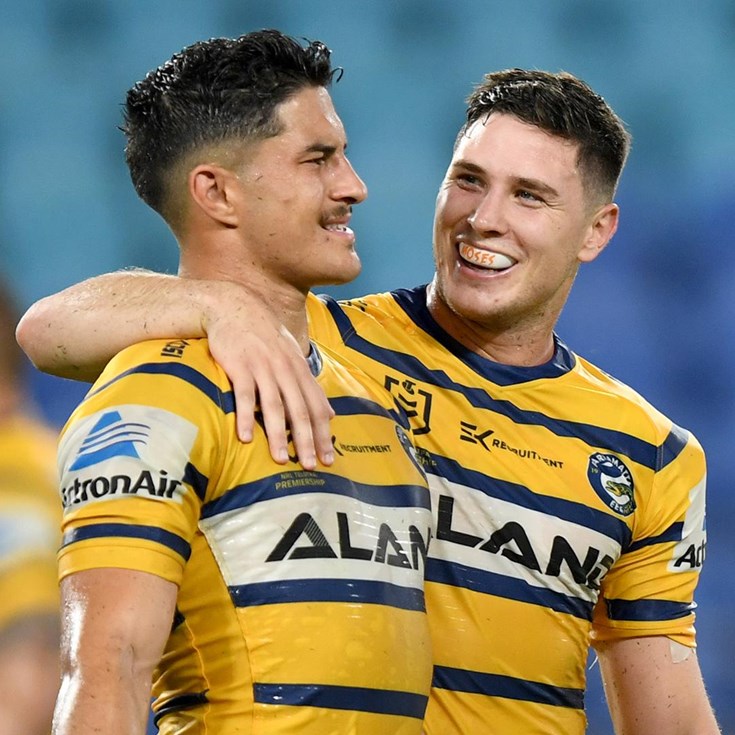