Between the RLPA awards, Finals footy and the off-season, there's a lot to keep up with!

James Tedesco was presented the Brad Fittler Medal by the coach himself. The fullback played a pivotal part in the Blues 2018 Series campaign, with Fittler saying "James Tedesco made the tackle and gave us a chance, and that enabled us to win the State of Origin series in 2018."

The next night Tedesco's roommate and fellow chook Victor Radley won the RLPA Rookie of the Year, capping off a great week for the Roosters who are straight through to the preliminary final.

Huge honour to receive the Brad Fittler Medal this week. Very special to have Mum and Dad with me, my number one supporters @nswrl1908

Ponga later told NRL.com being presented the trophy by Jonathan Thurston made him even more nervous, his jitters clearly on display during his acceptance speech.

The awards also showcased the annual theme of Black tie and sneakers.

When the wifey pulls off a suit better than you 🤦🏼‍♂️ @chantelletraficante 🔥 🔥 🔥🔥🔥

If you're a fan of the TV Show 'Power', you'll no doubt recognise Rotimi, the actor who plays "Dre",  posing with Roosters prop Dylan Napa. The star was in town and attended the Roosters game. He later posed for photos with Napa and his teammates.

On to the next!

Dragons forward Jeremy Latimore was pumped after his side's courageous effort up at Suncorp Stadium.

Thanks to all of the @nrl_dragons fans who were at Suncorp supporting us yesterday, as well as the rock solid fans who have supported us through the good and the bad times this year. What an afternoon! I am stoked we get another opportunity to play finals footy against the Rabbitohs this weekend! Can’t wait to see you all there!

And Nathan Cleary still had time to bag out teammate Josh Mansour on Instagram for the winger's alleged NFL knowledge.

Mansour was quick to respond!

The gift that keeps on giving

Looks like the inside joke was taken well judging by SJ's fits of laugher.

Jarryd Hayne is out living his best life in Lebanon. Hayne, alongside Tim Mannah, Nathan Brown, Michael Jennings and Mitch Moses, has been exploring, taking time to pose for pics under the famous Parramatta Rd sign.

Chilled vibes with the breevs!!

His season with the Tigers may be over, but Kiwi International Esan Marsters was in the gym, no doubt making sure he's in the best condition he can be ahead of next months Australia New Zealand test.

NRL and Parramatta Eels fan favourite Cameron King announced via Instagram he has played his last game with the club.

"Wasn't how I saw my time finishing here but unfortunately that's the way it goes sometimes which hurts. Not to sure what the next chapter looks like which is scary/exciting but I'm thankful to have been involved with the Parramatta Eels," King wrote.

THANK YOU!!! It's been an honor and a privilege to play for this proud, historic club. BA gave me a chance when my career was at stand still and for that I'll be forever grateful. I've made some great mates during my time here and to all the players I say thank you also. To the members and fans who stick with this club through good times and bad thank you for all your support. Wasn't how I saw my time finishing here but unfortunately that's the way it goes sometimes which hurts. Not to sure what the next chapter looks like which is scary/exciting but I'm thankful to have been involved with the Parramatta Eels 🙌🏼 #790

And the game bid farewell to Sam Thaiday, "I may not be able to hold up a trophy again but with these three girls I'm definitely a winner" he said. 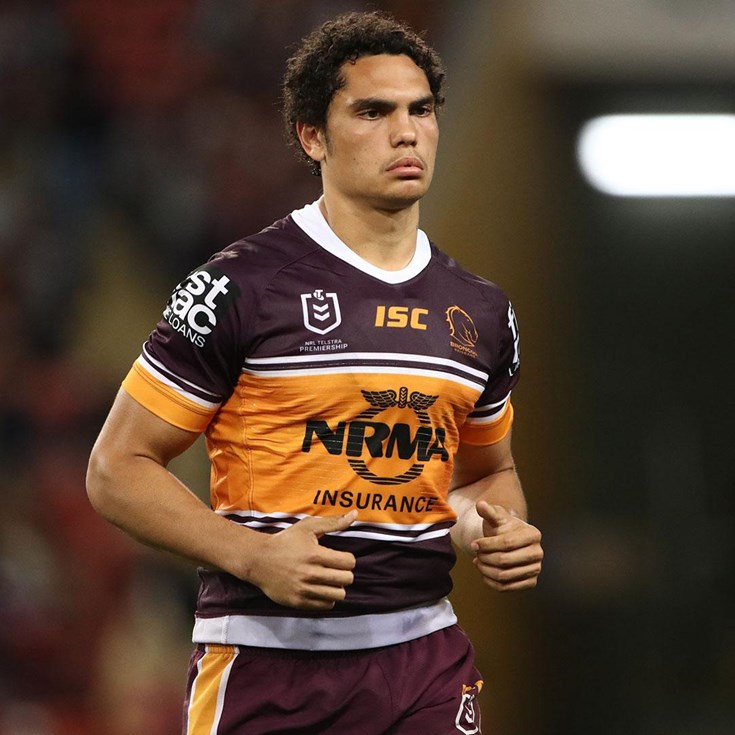 Seibold could give Coates a shot next week

Robinson shares his views on by-products of new rules

Round 4 Late Mail: Murray to start at lock