In recent years, edge forwards and crafty hookers have finally started to buck the trend when accumulating leading votes for the Dally M medal each September.

Smith also claimed the sought after gong in 2006, with Newcastle dummy-half Danny Buderus a popular winner in 2004.

NRL.com records show Cronulla second-rower Gavin Miller is the sole back-rower to win the award twice, going back-to-back in 1988 and 1989.

Parramatta lock Ray Price snared the prize in 1982, with all other previous victors playing either fullback, five-eighth or halfback for their respective clubs.

The 2018 Dally M Awards will take place on Wednesday, September 26 at The Overseas Passenger Terminal, Sydney.

Here are the main contenders for the Dally M medal forwards awards.

While the Cowboys were a massive disappointment this season, their hulking number 13 Taumololo was anything but. He was the competition yardstick when it came to post contact metres (1743) and also made 97 tackle breaks. Not far behind him was Manly's Jake Trbojevic. The Mona Vale Raiders junior was a standout for NSW in their State of Origin series victory, and when he wore maroon and white he was equally impressive, making 968 tackles and scoring seven tries.

English international Burgess has 1104 post contact metres to his name, and displayed his versatility, also playing second-row and prop for the high flying Rabbitohs when required. Ironman Gallen is one game away from another grand final in his 18th career season with the Sharks, while Radley quickly established himself as the Roosters enforcer after starting as an interchange option.

Dragons back-rower Frizell was fantastic for the Blues in their Origin series win, and his consistent performances were a big reason why the Red V finished in the top eight. X-factor Kikau played for the Panthers on 25 occasions and was a constant menace with the ball in hand. Harris was a success for the Warriors, providing their much maligned pack with a touch of class and an eventual semi-final spot.

Kaufusi is in line for consecutive premiership rings with the Storm and also made his Origin debut for Queensland this year. His hard-hitting defence has been a highlight for supporters in purple. Cordner overcame a slow start with the Tricolours to captain NSW to interstate glory.

What else needs to be said about the dynamic Rabbitohs number nine? The former champion beach-sprinter made his Origin debut for NSW and his electric speed around the ruck is a nightmare for tiring defenders. He has also held his own in defence, making 1021 tackles. Further representative honours await for Australia next month.

Immortal in waiting Smith is one game away from back-to-back titles as Melbourne's skipper, while Friend is a machine without the ball, with a competition-leading 1162 tackles. Luke, who trimmed down significantly in the off-season, was a big reason why the Warriors improved, with Dragons rake McInnes also gaining plenty of admirers for his spirited performances.

It was a campaign to forget at Belmore, but Klemmer was magnificent in the engine room. He thrived as a leader after fellow front-rower Aaron Woods defected to the Sharks in late June. Fifita and Bromwich were cornerstones of the hard-working Sharks and Storm packs, while Kiwi international Taupau was brilliant in a testing year for the Sea Eagles. Lodge justified the hype at Red Hill, with 25 top grade appearances for Brisbane after last playing first grade with the Wests Tigers in 2015. 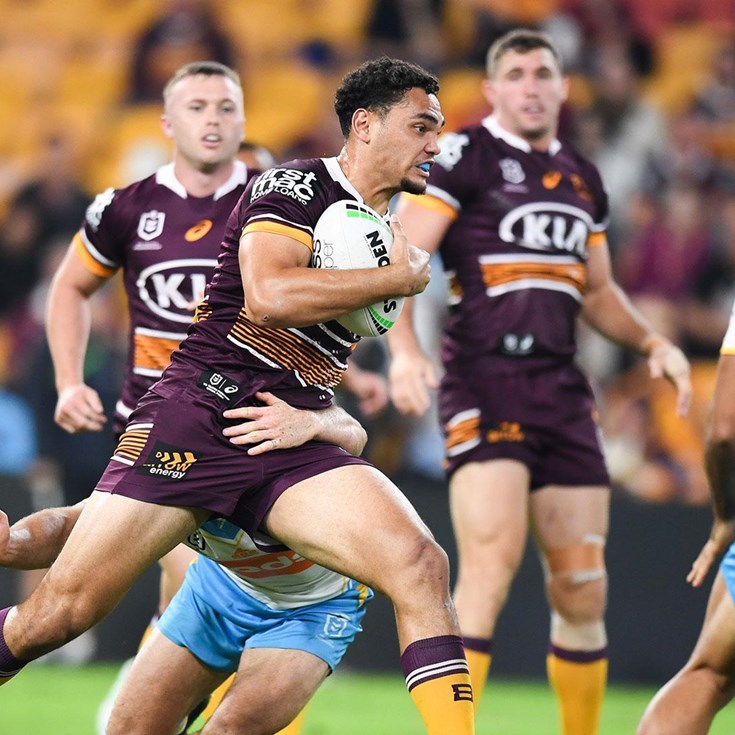