The old rivals have gone one win apiece so far in 2018 with nothing separating them so far and they will have it all to play for in their third meeting, with the winner going on to the Telstra Premiership decider.

The Roosters can take confidence from a grafting last-start win against the Bunnies six weeks ago but the combined stats from the two meetings this year point to plenty of danger signs for the Tricolours, with the South Sydney forwards making plenty of metres in both contests.

The round six meeting was blown apart by a three-try burst in under 10 minutes either side of half time, with Robert Jennings, Angus Crichton and Greg Inglis all crossing – but the numbers suggest Souths held a healthy dominance throughout the contest.

Meanwhile the Roosters edged a two-tries-apiece contest in round 22 with the numbers suggesting they had to overcome some adversity to cling on. However a closer inspection suggests it was the injury-hit Rabbitohs with the lion's share of adversity, which could be an ominous sign for the Bondi boys.

Another hallmark of South Sydney's season has been speed in the ruck and this was on show in both Roosters clashes. Their average play-the-ball speed in round six was 3.23 seconds versus 3.54 for the Roosters. In round 22 it was even faster; at 2.99 seconds it was almost half a second quicker on average than the 3.44 seconds of the Tricolours.

You can only beat what's in front of you, as they say in the classics, but it is important to note that in their round 22 loss, Souths were missing four of their top five names from their back five. Greg Inglis, Robert Jennings and Campbell Graham were all missing through injury while Alex Johnston limped off after just two minutes with a hamstring strain, forcing bench forward Tyrell Fuimaono to play 78 minutes at centre.

Johnston has been critical to the left side sweep plays this year while Inglis and Jennings are the left edge. Further, the early-set carries of Jennings and Graham in particular have been important to setting up the Rabbitohs' sets and the absence of so much strike out wide allowed the Roosters to focus more on defending the dangerous middle of three Burgesses plus Cook out of dummy half.

Anthony Seibold has the luxury of a full-strength roster for this one (minus veteran forward Jason Clark), whereas Trent Robinson will have to make do without two Origin players in Latrell Mitchell and Dylan Napa.

While Napa is a big loss, the forward pack remains strong and they have won their past two games without him. Mitchell's absence is enormous; his try-saver on Luke Lewis last start was potentially a game-winner among several game-breaking plays. He has eight goals and a try for 20 of his team's 32 points against Souths this year.

Roosters with the recent head to head advantage

The Tricolours have now won four of their past five against the Bunnies. The fact they are at home is a boost too; while Souths won at Allianz in round six that was just one of two wins they have had there in the past four years to go with six losses.

In that run they have had two wins and two losses against the Roosters to go with regular-season losses to Manly (twice) and Brisbane, plus a 2015 qualifying final loss to Cronulla.

The only finals match between the two teams since the 1930s is the memorable 2014 preliminary final won 32-22 by the Rabbitohs at ANZ Stadium on the way to their drought-breaking premiership. 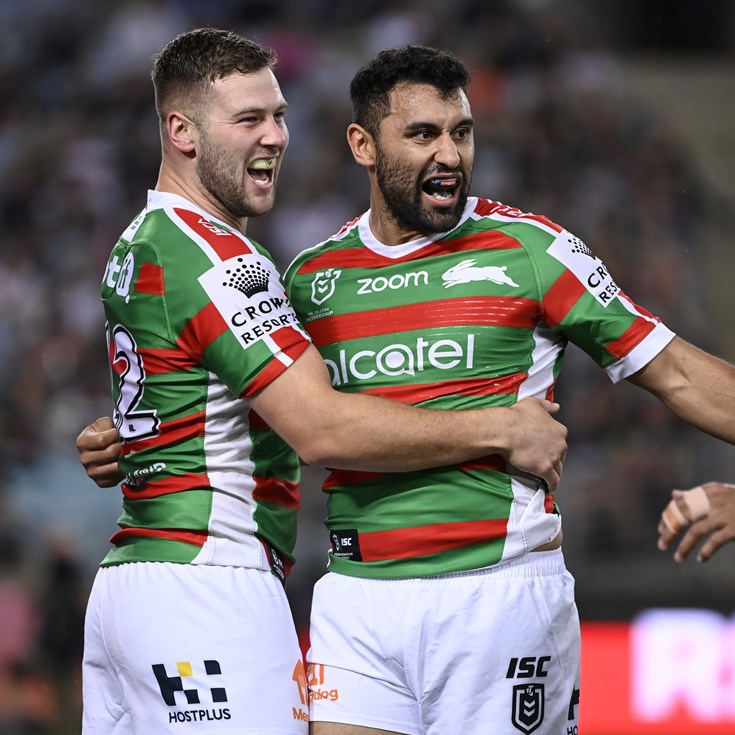 Bennett factor: Bunnies buoyed by ‘best in the business’