The Bulldogs overcame a slow start in the 2018 decider to record a historic 18-12 victory over the Newtown Jets but will be looking to cement their dominance in the Intrust Super State Championship against the Redcliffe Dolphins this Sunday afternoon.

The early 10-0 deficit had them on the back foot for a majority of the opening 40 minutes, but showed an abundance of character to keep the Jets – the best attacking team in the competition, tryless in the second-half.

But the task gets no easier against another potent team in the Dolphins, a side that boasts plenty of attacking flair which was evident in their 36-22 victory in the Intrust Super Cup Grand Final.

The win was inspired by a Man of the Match performance from Toby Rudolf with the back-rower recording 143m, one line-break, seven tackle-breaks and 33 tackles in a mammoth performance while fullback Trai Fuller also starred with two tries and 11 tackle breaks.

But as the best attacking team in the competition it will take another clinical performance to breakthrough the resilient defence of the Bulldogs, especially against a side that boasts First-Grade players such as Rhyse Martin, Greg Eastwood and Fa'amanu Brown.

Keep an eye on hooker Zac Woolford after the dynamic No.9 was called into the starting side after Matt Frawley was ruled out through injury – putting in a sparkling Man of the Match performance that saw him record 34 tackles and throw a wonder cut-out pass for winger Josh Bergamin for a crucial try in the second half.

Redcliffe will also be full of confidence, however, with the likes of Kotoni Staggs, Jamil Hopoate and 2017 ISP Player of the Year Cameron Cullen in their side.

Cullen enjoyed a stellar season for the Blacktown Workers last year and will prove influential in their clash this weekend – the halfback possessing a crafty ball-playing ability and pin-point kicking game that has helped him to 11 try-assists and 10 line-break assists this season.

An enticing match up looms in the forwards with the likes of Rudolf and Hopoate going head-to-head with Martin and Ofahiki Ogden, so expect a fierce encounter as both teams look to dominate physically in the opening stages before both sides flex their muscles with their attack out-wide.

Dolphins: Nathan Watts and Myles Taueli move into the starting pack with Nick Slyney and Aaron Whitchurch to come off the bench. Scott Schulte and Tom Geraghty drop off the extended bench. 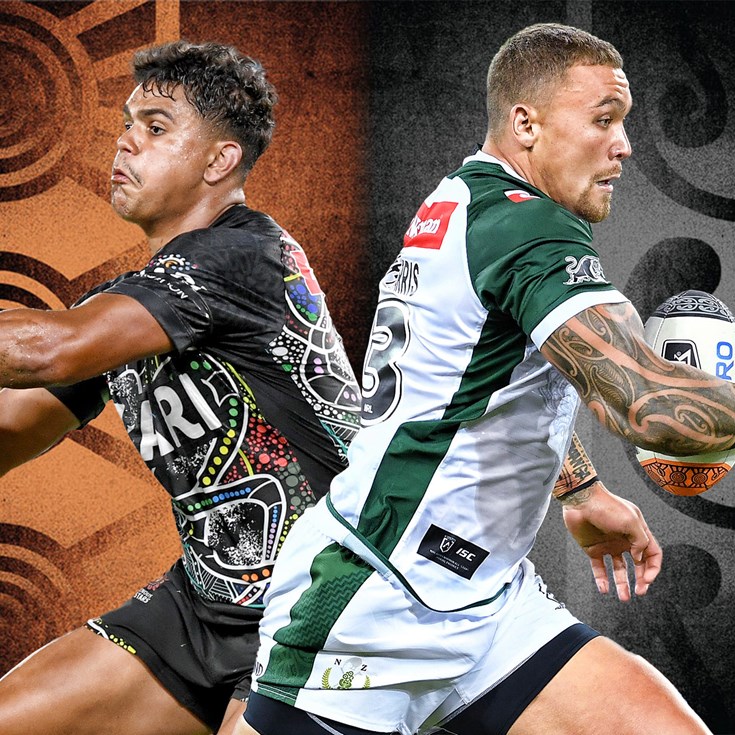