A long-term development strategy is being credited as the secret to the success which has propelled the Sydney Roosters and Melbourne Storm into appearing in 14 of the past 19 grand finals.

The Storm are the most dominant club of the NRL era, having played in eight deciders since the establishment of the Telstra Premiership in 1998, while the Roosters have been in six – although the two clubs have never previously met in a grand final.

The key to the ongoing success of the Roosters and Storm is their approach to recruitment and development, which has enabled both to field teams with a higher representation of players they have handed NRL debuts to than most clubs.

Of the 21 players named by Roosters coach Trent Robinson on Tuesday, just seven had played in the Telstra Premiership before moving to Bondi, while Melbourne’s grand final squad contains five players whose first match was for a rival club.

While the Roosters have recruited stars James Tedesco and Cooper Cronk, the other five joined the club as NRL rookies or were seeking a second chance, including Blake Ferguson and Zane Tetevano, who had been suspended due to off-field incidents.

The remainder of the Roosters' squad, including Boyd Cordner, Jake Friend, Latrell Mitchell and Dylan Napa, came through their junior ranks or weren’t in the NRL squads of rivals clubs.

It’s a formula the Storm have maintained since recruitment specialist Peter O’Sullivan joined the club in 2001 and recruited the likes of Cameron Smith, Billy Slater, Greg Inglis, Israel Folau and Cronk to Melbourne as teenagers.

Smith, Slater, Cronk and Inglis helped the Storm to the first of their eight grand finals under Craig Bellamy in 2006, while the Roosters’ 2013 premiership also came five years after O’Sullivan joined Trent Robinson’s staff.

"Elite kids, under-valued players, buy at the point end when necessary and great coaching," O’Sullivan said when asked to outline the keys to building a successful team.

"It is clearly the way to do it. Melbourne, with Belly and Frank [Ponissi] and Paul [Bunn], have kept doing it well. There is no two ways about that.

"Most of the players bought in at the Roosters were undervalued players from other clubs.

"The Roosters obviously got Coops and Tedesco from the pointy end but back in 2013 we did exactly the same thing. We developed all those kids and we bought in Michael Jennings and Sonny Bill Williams at the top end.

"You can do that because you bring players through your system and you manage your cap well. Then you have a bit of money to fix where the development hasn't quite come through."

O'Sullivan has returned to the NRL this year to work in recruitment for the Warriors after serving a lengthy ban for breaches of the game's betting rules.

Only Penrith and Brisbane rival the Storm for the lowest number of players to have begun their NRL careers at rival clubs.

Storm founder John Ribot said the club had decided early on to focus on developing players and paid tribute to O'Sullivan, Mark Murray and Anthony Griffin for their role in Melbourne's sustained success since 2006.

"They played such an important role because the food chain of players coming through was just so good and we had the capacity to bring on players at a young age and develop them," Ribot said.

"If you were said to me that Cam Smith or Billy Slater are going to be what they are today I would have said you are dreaming but if you get the right people with the right attitude, and you put the right resources around them, it is amazing what can happen." 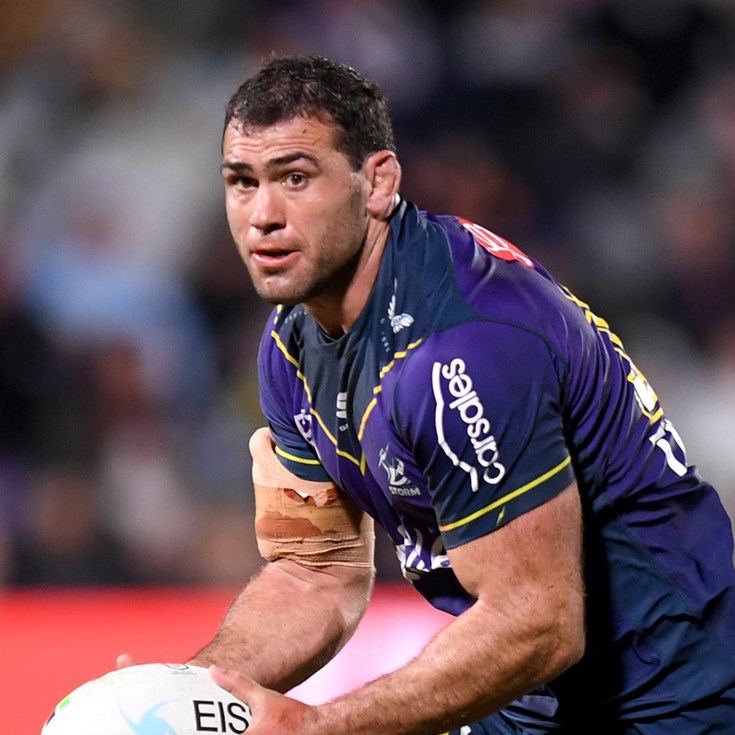