It was in Siosiua Taukeiaho's family loungeroom in 2013 that his next career move to link with the Sydney Roosters was made.

On a late night watching the NRL finals in New Zealand, the Coach of the Year flashed up on his television screen and was mentioned through the telecast – his name was Trent Robinson.

Five years later and Taukeiaho is one of the players that has kicked on since the loss of Sonny Bill Williams, arguably one of the more gifted talents the game has seen.

"I had no idea who Robbo was," Taukeiaho told NRL.com.

"I finished up at the Warriors and watched the finals games that year and saw that he was Coach of the Year.

"I chose the Roosters because they won the premiership that year and I wanted to be around a professional team. That's why I took the offer to learn and be coached by him.

"They also had awesome players then. Sonny Bill was here, James Maloney and Shaun Kenny-Dowall. It was just an attractive place to choose from."

The 26-year-old brushed aside an ankle injury in the Telstra Premiership preliminary final against South Sydney to set up his first appearance on the big stage.

It's been a long time coming for the Tongan international, who has fallen short on two occasions with the Roosters in previous grand final qualifiers.

"I spoke to Jared (Waerea-Hargreaves) and Jake Friend last week and asked them what's the feeling like because they've experienced it and they said it's the best ever," Taukeiaho said.

"The week has been full on with the media and fan days mixed in with training. It's not something I ever saw myself getting to. I've just got to appreciate the opportunity."

Melbourne are standing in the way of the Roosters capping the 2018 season with a fairy-tale finish.

One thing the powerful prop welcomed was the return of Latrell Mitchell, who will reclaim the goal-kicking duties after Taukeiaho's off night with the boot.

He laughed when told of the grandstand bickering he copped from South Sydney fans as he lined up a conversion last week.

"I haven't seen it, I've been off social media for two months now," Taukeiaho said.

"I can very much say I'm grateful he's back to take that role. It could come down to goal-kicking on Sunday and I will be glad if it's not me trying to kick them. Melbourne have been strong, we need to stick to our style and keep turning up for each other.

"Our defence needs to set us up and then that will allow us to get into them." 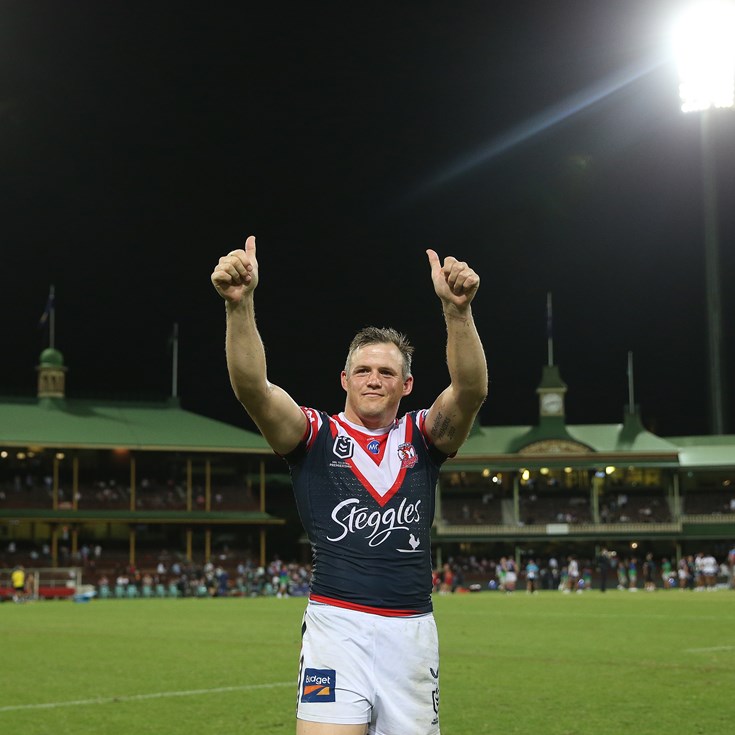 Roosters Top 5 Plays of the Year