Redcliffe Dolphins coach Adam Mogg said his Brisbane side was beaten before they got on the bus to drive to ANZ Stadium to face the Canterbury Bulldogs in the Intrust Super Premiership on Sunday.

"I knew we were in trouble when we left the hotel – because that is what coaches know," Mogg said after his team conceded seven tries in the 42-18 loss.

Mogg played State of Origin for Queensland in 2006, played in the Super League Challenge Cup final with Catalans and before his NRL career with the Eels and Raiders, he played in four grand finals with the Dolphins.

In further bad news for the Dolphins, back-rower Toby Rudolf, who has signed with Cronulla for next year, suffered a suspected ACL tear.

If scans reveal the worst it would be a huge blow for 22-year-old Rudolf with his NRL shot beckoning.

The Dolphins entered the ANZ Stadium showdown full of confidence after a 36-22 win over Easts Tigers in the Super Intrust Cup final a week ago.

The drain of that much was probably partly to blame.

"Physically I thought we prepared really well for the game," said captain and halfback Cameron Cullen.

"I was at this game two years ago and we didn't prepare as well as we did today.

"It's more the mental aspect. You win a competition the week before so mentally as a side you have to get back up for another really important game.

"We're a really young side… as a group of young men we weren't switched on to the task and might have struggled with all the emotions of winning a grand final the week before and then having to back up."

But Mogg felt differently. And he also thought some of his players blew their chance to impress NRL clubs.

As the curtain-raiser to the NRL grand final, the Intrust Super Premiership provides a perfect platform for players to push claims before recruitment managers and coaches.

"We're a much better football team than that today – but full credit to the Bulldogs," Mogg said.

"Our transition was really poor; our ruck defence was really poor. We've got a disappointed group of players in there – a completely different feeling to last week.

"Guys who might have been on the cusp of going into the NRL just ruled themselves out in one performance. That's what sport does.

"It's probably our worst defensive display of the season. We've worked really hard on our defence so disappointing to turn up and put on that performance in a really big stage at this level.

"Emotionally you invest so much time and energy into winning the Intrust Super Cup.

"But the reality is you get a great opportunity for these young guys to come and perform before an NRL grand final." 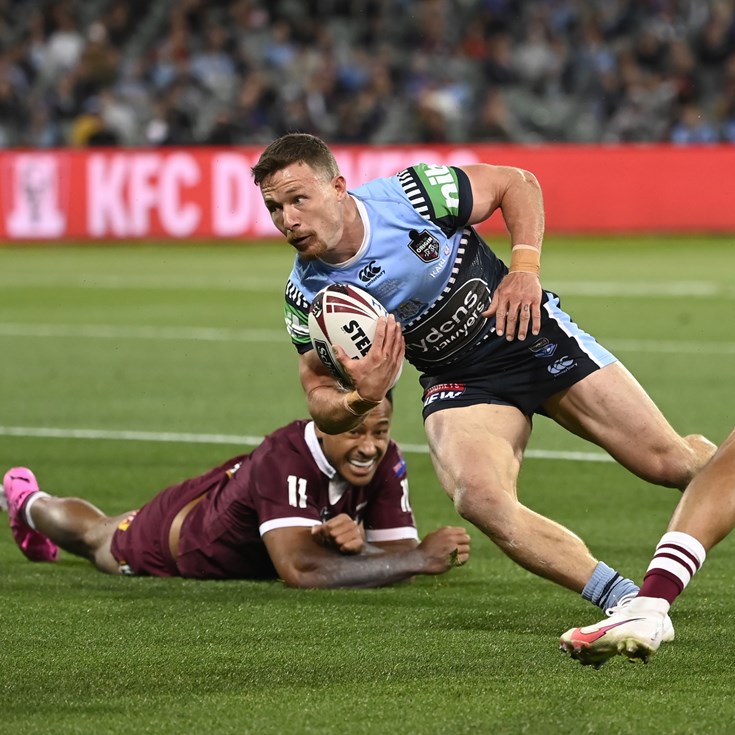