North Queensland halfback Jake Clifford will continue to learn from the game's best playmakers – adding Daly Cherry-Evans to his list of impressive mentors to start his young career.

The rookie playmaker is one of several Junior Kangaroos included in Mal Meninga's team for the match against Papua New Guinea on Saturday, and will partner Cherry-Evans in the halves for the game.

In his six NRL games this year, Clifford partnered his childhood hero Johnathan Thurston and says the chance to play alongside Cherry-Evans will only benefit his development.

"He's definitely someone I've watched growing up. The likes of Johno (Thurston) and Coops (Cooper Cronk) – so getting to play beside him is going to be a beneficial experience for myself."

Clifford is no stranger to pressure. He handled it well in his debut season but admits he has struggled to deal with some situations in the past.

"I'm trying to stay as relaxed as possible and not stress out," Clifford said about his selection in the Prime Minister's XIII.

"When I used to make a team I would kind of go in nervous and worry about what I'm going to do. I'm looking forward to the week now, trying to stay as relaxed as possible. I was a bit anxious coming into camp but as soon as I got here I felt really welcomed and all the boys are getting along really well."

Clifford got the opportunity to play alongside Thurston this year, but next year he is expected to wear the No.7 jersey the legendary halfback made famous for several years at the Cowboys.

For someone who grew up idolising Thurston, the enormity of the opportunity at hand hasn't been lost on him.

"If I got to replace it, that will be a special thing for me," he said.

"He's worn that seven jersey for so many years now and has left a good legacy at the club. To try and carry on that legacy will be something I'd like to try and do. It was very surreal playing with him.

"Growing up and idolising him and supporting the Cowboys – getting to do that beside my childhood idol was very special and something I'd never forget.

"Something I thought about was maybe if I got a chance to play alongside him before he retired. I just wanted to play one game alongside him, but I was lucky enough to play six.

All JT's try assists from his final season

"Greeny said at the start of the year there's a possible chance you might get a debut. I didn't know if I was going to get that or not but playing a bit of consistent footy – and with Morgo getting injured – it opened the opportunity for myself. Getting my debut was definitely a special time. I think the six games I played are going to be very beneficial for next year."

It's expected Clifford will partner Michael Morgan in the halves for the Cowboys next year, but the youngster insists he isn't getting ahead of himself.

"I have to cement the spot first," he said.

"I have a lot of strong competition. Te Maire is there, Morgo and Benny Barba. I need a big pre-season first, but I've always been a natural No.7 doing the organising and stuff. But if I get the call up to play, whatever they want I'll play. I'm not fussed."

Aussies touch down in Port Moresby 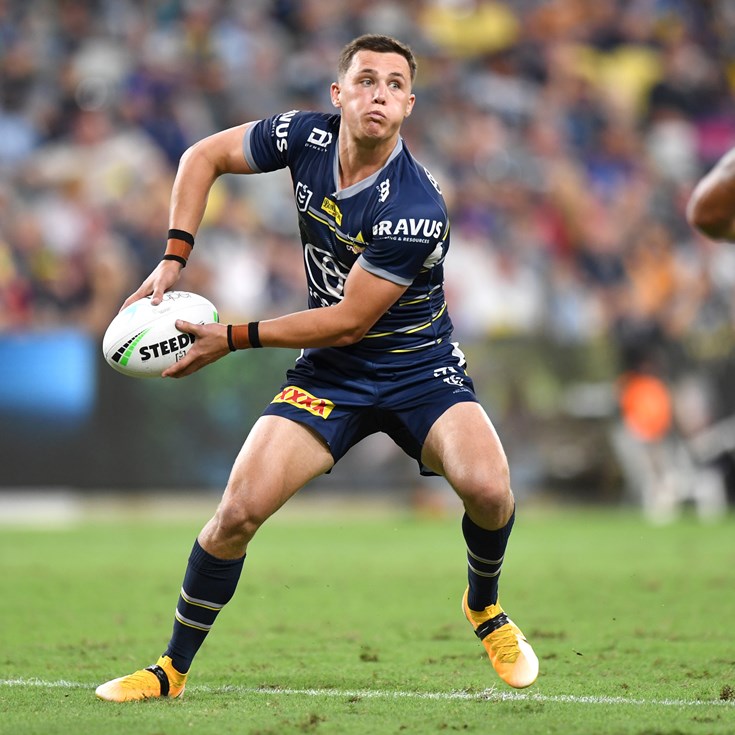 Payten provides an update on Tabuai-Fidow