The 20-year-old has returned to her first love after stellar representative achievements in soccer and rugby sevens where she gained national selection.

Also a state cricket representative, Southwell played with the Dragons in the inaugural Holden’s Women Premiership this year. Before leaving Brisbane for Port Moresby on Thursday to take on the PNG Orchids she reflected on how Johns inspired her early passion for the game.

"I looked up to Andrew growing up and always went to the [Newcastle] home games with Dad, and that was a really big kick for me to start playing league when I was younger, and now to come back to it," she said.

"I watched [Johns] play and I loved it. I started out with league when I was five or six and then the boys got too big and I got too old, so I had to move over to soccer and then sevens.

"I was always going to come back. I am really excited to go overseas and play [the game] that I started with."

Southwell said she "learned heaps" in her three games in the NRLW for the Dragons where she made a long but worthwhile trek down to training from the Hunter Valley.

Aussies touch down in Port Moresby

"We just wanted to showcase to the world what we could do and we finally got the platform to do that which was really good," she said.

"I was hoping to get a Newcastle side [in the competition] but that is an assignment for next year or the year after. It was a really good experience with St George Illawarra and I loved every minute of it.

Southwell, the youngest player to debut in the W-League as a 15-year-old for Newcastle in 2014, has also been inspired by dual-international Ellyse Perry.

"I met Ellyse about three years ago when it was Newcastle versus Sydney FC, and at a few cricket tournaments, and she’s lovely. She’s definitely someone that I can look up to," she said.

The Prime Minister’s XIII will field a young side against the Orchids and talented schoolgirl Quincy Dodd is among them.

Dodd, who will play halfback, was 18th woman for NSW in this year’s State of Origin clash and was captain of the Cronulla Sharks' premiership-winning Tarsha Gale Cup side.

She became the first female player to win the Greg Pierce junior representative player of the year and won a spot in the Sydney Roosters inaugural NRLW squad.

"I really can’t wait for the experience. I know the Papua New Guinea girls will get really excited. I swear it is the biggest sport over there and they love the environment of rugby league," Dodd said.
"[Michaela] Peck and Taleesha Quinn have told me about the experience over there"

Dodd said she had learned a lot from the senior Cronulla players as part of the Sharks Elite Academy, where she was the first female inductee

"They always come up to me after or during training and say ‘hey Quincy, maybe fix this up a bit’ or with my kicking they’ll go ‘dude, change this technique’, which I am really executing into my game," she said. 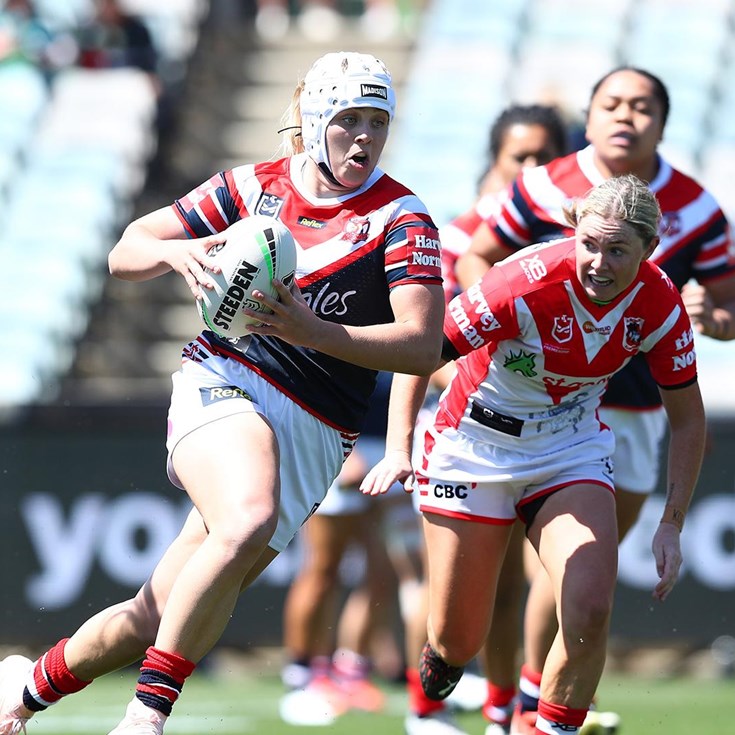 Meet the driving force behind the Dragons