They've played for Mona Vale Raiders, Manly and NSW together as brothers in arms and now Tom Trbojevic has spoken of his determination to add a Test for Australia to the list of teams he has lined up in with brother Jake.

The Trbojevic brothers flew to Auckland on Tuesday morning where Tests against New Zealand and Tonga await.

Tom is set to play alongside a star-studded backline after recovering early from a broken cheekbone and Jake headlines a suite of quality forwards all pushing for a spot in the 17.

The extended Trbojevic family will be in New Zealand to watch the duo.

Tom played against France and Lebanon in last year's World Cup campaign while Jake, who has three Tests to his credit overall, lined up against England.

"Last year we were in the squad together. He played the first game and I didn't and then he hurt himself and was out for the rest of the World Cup," Tom said.

"I'm not too sure what Mal is doing with the squad this week but hopefully we can both get a chance to put on that jersey together. It will be a proud moment for the family and they have been with us the whole way. They will be over there in New Zealand. It would be everything.

"We grew up together playing back yard footy together and doing everything together. Ten years ago you wouldn't have dreamed to be doing what we are now but… it would be a surreal experience if we do get to do it."

Tom has made a remarkable recovery from a cheekbone fracture he suffered against the Broncos in round 25. He was expected to be out of action for six weeks but the break healed quicker than expected and the surgery, which saw plates inserted, was a success.

"It was a bit touch and go but I've been seeing the surgeon regularly and he gave me the all clear. To get picked in the side made it all better," Tom said.

"I haven't played for a few weeks but I've been training hard.

"I am very excited [about playing for Australia]. I'll be a bit nervous come game day but I can't wait to get over to New Zealand, rip in with the boys and get the job done."

Trbojevic has endured a difficult year at the Sea Eagles where off-field drama and speculation about coach Trent Barrett's future has been a constant presence. A proud Manly man, Trbojevic said the side's lack of success on the footy field had been his biggest concern.

Trbojevic out to improve rep combination with DCE

"The hard thing for me and our footy team is that we haven't won footy games," he said.

"If we'd won more games and hadn't come 15th then I don't think the dramas would be what they are now.

"I am not too sure what is going to happen now [with the coach]. We'll have to wait and see but hopefully we can build a better year next year.

"It is hard but now my focus is on playing for Australia this weekend. I'll get through these games and we'll look at it after that, to see what we can do to become a successful footy club again." 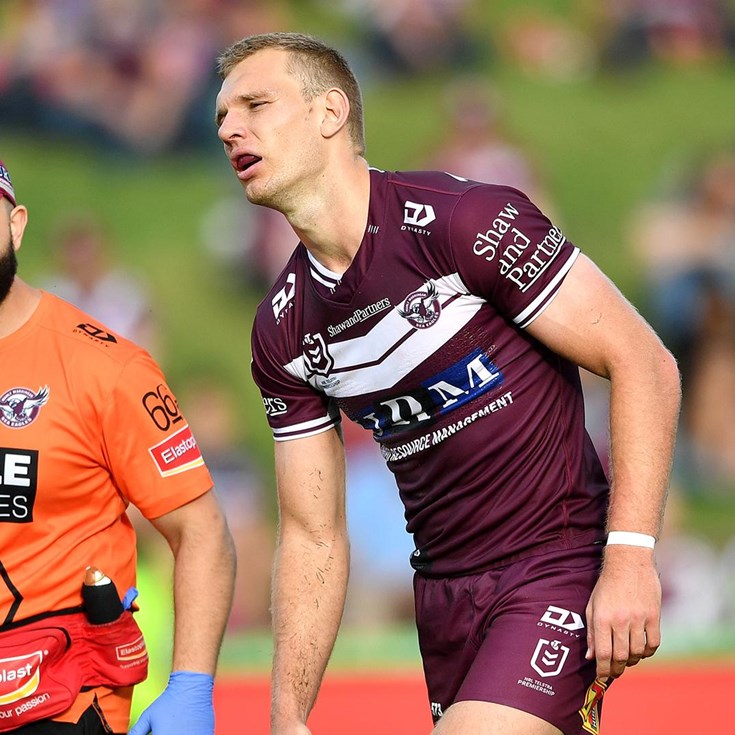 Will Trbojevic be fit enough to fire in Origin?

Presented By Go Healthy 4 days ago