New Zealand forward Adam Blair said the professional culture new Kiwis coach Michael Maguire has instilled in the team was there for all to see during their recent 26-24 win over Australia.

The 45-Test veteran said that from day one Maguire introduced an attitude to training and playing that brought the best out of him and his Kiwis teammates.

Prior to conceding two tries in the final five minutes of the match against the Kangaroos on October 13, New Zealand managed the game brilliantly with Blair and fellow forwards, Jesse Bromwich, Jared Waerea-Hargreaves and Kevin Proctor getting the better of the Australian pack.

"He's instilled in us trying to get a winning culture - everything is about winning," Blair said.

"As a group, we were professional with our preparation leading into the game and it showed.

"We did all the little things right, as an individual and group, but we let ourselves down at the end."

Prior to their win in Auckland, New Zealand hadn't beaten Australia since scoring a 26-12 victory in the 2015 Anzac Test.

Blair said the sides most recent win over the Kangaroos has given them the world of confidence heading into three Test matches against England, starting this Saturday at Kingston Communications Stadium.

"After coming off a good solid win against the Aussies all the boys were high after that win," Blair said.

"It's always nice to beat a quality side and the number one team in the world.

"I felt like a kid again, there's not many times I've been out there and beaten Australia."

On their way over to England, the Kiwis stopped over in Dubai where they enjoyed riding camels in desert and some heated training sessions.

"A nice way to start off our three Test matches over here by stopping at Dubai and enjoying ourselves as a group," Blair said.

"I didn't jump on the camels but I enjoyed the desert. And something I haven't experienced before was the tough sessions we had in 38-degree heat." 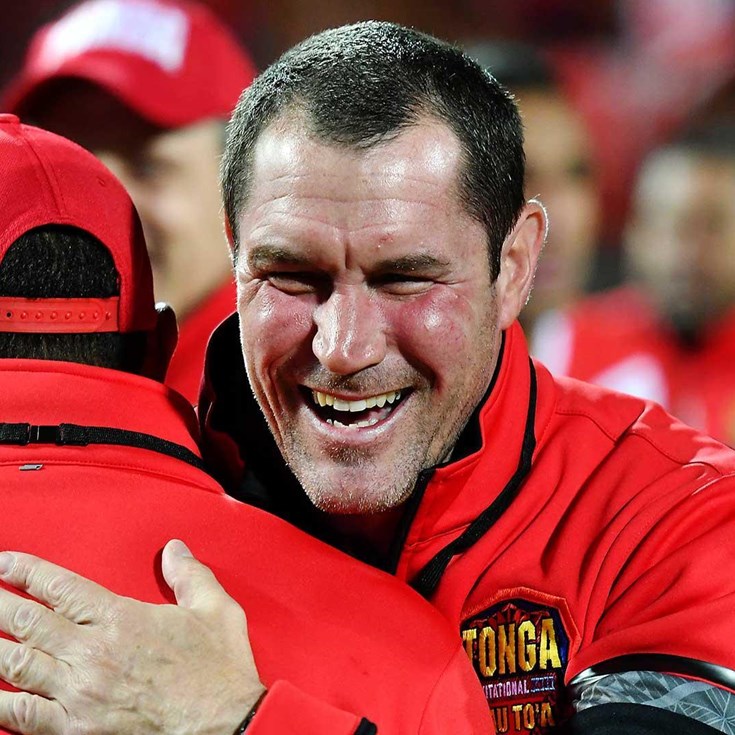 Woolf: Belief, fight and pride has Tonga poised for something big

'I want that guy back': How Bennett rejuvenated Marshall's career

Milestone man Blair admits form hasn't been up to scratch

Graham to lead England in second Test against Kiwis