Michael Maguire was hit with questions surrounding his NRL future but the New Zealand coach is renowned for his single-minded focus and that was on full display when he said his priority was creating history with the Kiwis.

Maguire, who is coming to the end of his first year in charge of the Kiwis, addressed the media after the captain's run leading into Saturday's (Sunday 12.30am AEDT) clash with England in Hull.

NRL.com reported on Thursday night that he had agreed to terms on a three-year deal with the Wests Tigers, part of a turbulent coaching landscape in which Wayne Bennett has signed with South Sydney for 2020, Rabbitohs mentor Anthony Seibold looks set to replace him at Brisbane, Ivan Cleary is on the verge of returning to Penrith while Des Hasler has already sealed his comeback at Manly.

Maguire's future with the New Zealand Test side could come under the spotlight over the coming weeks with the 44-year-old set to confirm a move to the Wests Tigers in 2019.

Despite indicating the prospect of coaching at both club and international level would be "quite easy", Maguire remained reluctant on discussing his NRL status.

"At the moment I'm keen to focus on this Kiwis game," Maguire said.

"I don't read the papers too much so it's been good being away and in camp. All those things will sort themselves in time. One thing I want to do, this is an important game for us and New Zealand.

"Every Test match is but they've been working hard in the background and it's a real credit to NZRL. They're a great bunch of boys and terrific to work with. My focus is definitely on what need to do tomorrow."

The Kiwis have lost five of their last seven games in the United Kingdom and have not won a Test series in England since 1998, prompting Maguire to raise the importance of a successful campaign given New Zealand's recent troubles in the international arena.

Maguire named an unchanged side to the one that upset the Kangaroos in Auckland a fortnight ago with all getting through the final training run at KCOM Stadium.

"I think that's all part of the tours, you get to build history in my eyes," Maguire said.

"History plays a big part in the rest of your life. If you can achieve it you look back at a later time in your life. But it's about performance, we're not looking too far forward.

"We're building a culture and team on performance. Rewarding performance is what we want to do moving forward and that's coming from the senior leaders. They're driving that which makes my job easy.

"It's about backing it up, the boys haven't done much yet."

Bennett said the side could take little away from their 36-18 victory over the Kiwis in Denver in May.

"It was a crazy game hyped up for both teams and it was a hot day with altitude," Bennett said.

"After 15 minutes they were all gassed and after that it was who could hold the ball the longest. I'm not taking much from that.

"They've got quality players and a good coach so they'll know their jobs and will be coming tomorrow with an intent to beat us.

"You'd like to get that first [victory] up if you can but more importantly play well." 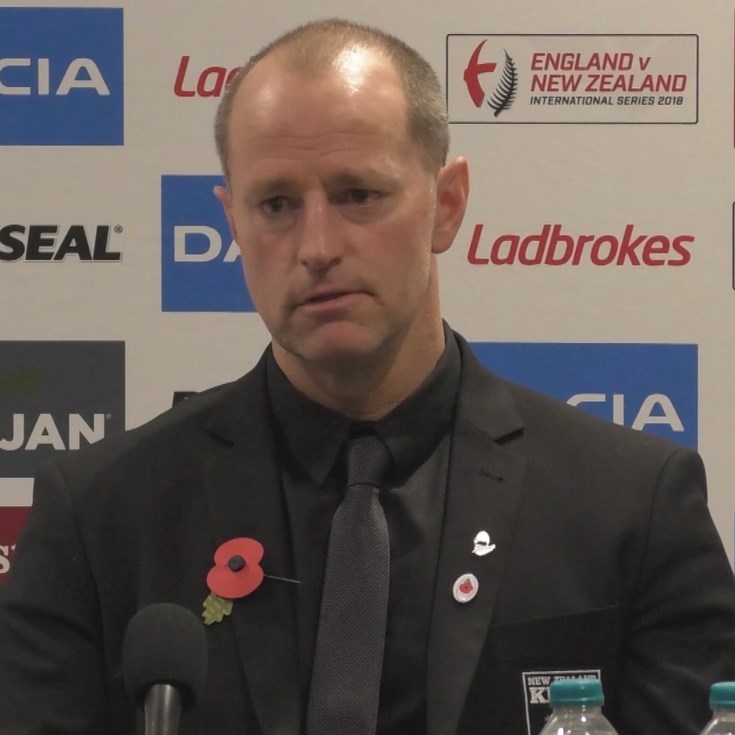 DWZ: Our country deserved it

Maumalo out to end whirlwind year on a high