John Cartwright has had his first sit-down chat with new Manly head coach Des Hasler as he looks to continue his assistant role for a further two years at the Sea Eagles.

Cartwright, who worked as an assistant to Paul Green in the Cowboys 2015 premiership as well as being a former head coach of the Titans (2007-2014), returned from holidays earlier this week. Cartwright was also Ricky Stuart's assistant when the Roosters won the 2002 title.

"I had a talk to Des when I got back from overseas on Wednesday," Cartwright told NRL.com, after Hasler was named last week as Trent Barrett's successor.

"We start back at pre-season on Monday with two days of player testing plus the coaching staff will have some planning sessions."

Since Cartwright extended his stay at Manly until the end of 2020 before Barrett announced he would be resigning as head coach, it was a confusing time for the 53-year-old around his own future.

Cartwright and Barrett struck up a firm relationship. So the former Penrith, NSW and Australian forward was not sure what the club's owner Scott Penn wanted, or Hasler for that matter, following Barrett's pending departure.

Head physio Andre Rickenbach is leaving, alongside head of training and performance, Dan Ferris. Hasler's former chief trainer Don Singe will be back at the Sea Eagles after a year in private practice.

"I got on very well with Trent – I make no secret of that. But football is a funny game these days, as we've seen in the last six weeks," said, referring to Manly being one of five clubs that have changed head coaches during the off-season for 2019 or 2020.

"As an assistant your job is to support the head coach. If you keep things that simple then it's no trouble at all to work together for common goals."

Hasler is also a former Penrith player but had left the club to join the Sea Eagles in 1984 by the time Cartwright made his first-grade debut the following year at the age of 20.

"I did know him at the Panthers and I used to train with him. When I was about 15 or 16 we used to go to a sprint trainer in Penrith together," Cartwright said.

"I just remember how hard he trained. I was trying to keep up with him – he made it very hard."

"I've never worked with Des as a coach. But I've watched a lot of what he's done, and I did play with him and against him.

"He is a fierce, fierce competitor as a player and I'm pretty sure he'll be like that as a coach."

Manly's international players are not required at the North Narrabeen training fields on Monday.

Curtis Sironen (knee reconstruction), who played four games last season, will be right to play round one in 2019 against his old club Wests Tigers at Leichhardt Oval on Saturday, March 16.

"We really missed him this year. He was an important part for us defensively," Cartwright said.

But another knee reconstruction to five-eighth Lachlan Croker, after round eight, means although he is back for light training he is not being scheduled for a round-one return.

Hooker Api Korisau, who badly damaged his right foot in round 13, will return to training on Monday.

"He's not likely to play trials but he'll be there for round one," Cartwright said. 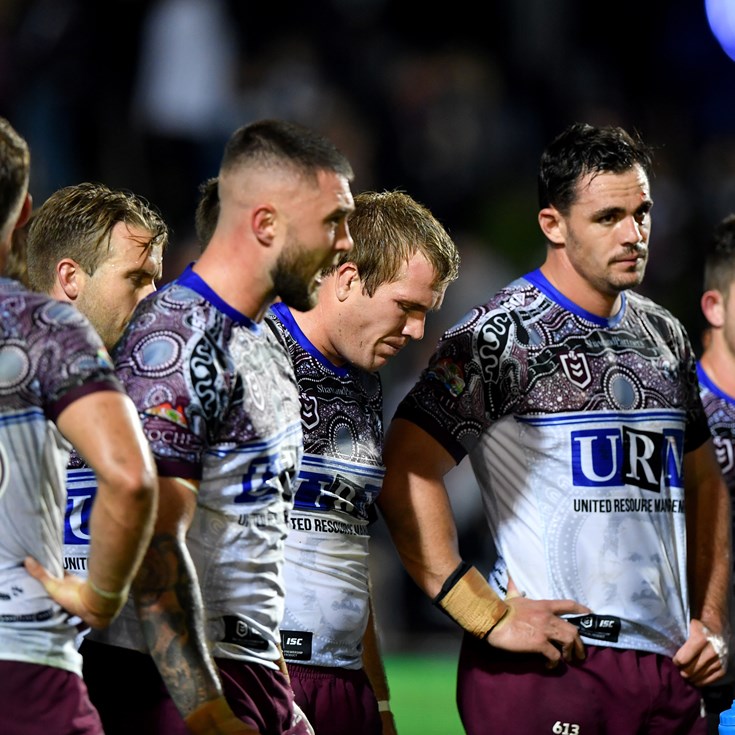 Manly vow to stop the rot