St George Illawarra forward James Graham will captain England for just the fifth time in his international career and first in his home town of Liverpool in the second Test at Anfield on Sunday.

Graham replaces Sean O'Loughlin (calf) in the leadership role with England coach Wayne Bennett adding Castleford utility Adam Milner to the squad for the second Test against the Kiwis.

Born in Maghul, north of Liverpool, Graham is the most capped international player in the English line-up and last captained the side in 2016.

This weekend's clash is just the second time rugby league will be played at Anfield, and first clash featuring an England side at the venue, leaving Bennett with an easy option to appoint the 33-year-old to the role.

"With Sam not here, yeah," Bennett quipped. "There's not much more of a passionate Englishman than [Graham] is.

"Nothing changes there, New Zealand ... someone said they would be desperate but I thought they were last week. What worked for us last week will work again for us this week. We've got to try and get back on that page."

Blair has been named in a 19-man squad after suffering a knock in the lead-up to last week's loss in Hull.

"Adam has got through training well this week to put himself back in the frame for what is a critical match for us," Maguire said.

"The players are all aware of the areas we need to improve in and they've put in the work this week to address where we need to be better.

Proctor relieved to be back with Kiwis

"It's also going to be a special experience playing at such a great stadium like Anfield, one we're really looking forward to."

Broncos winger Jamayne Isaako arrived in the UK this week after the birth of his first child but has been is not in contention to play in the second Test by Maguire due to his limited time with the squad.

Both sides will complete their final preparations with field sessions at Anfield on Saturday. 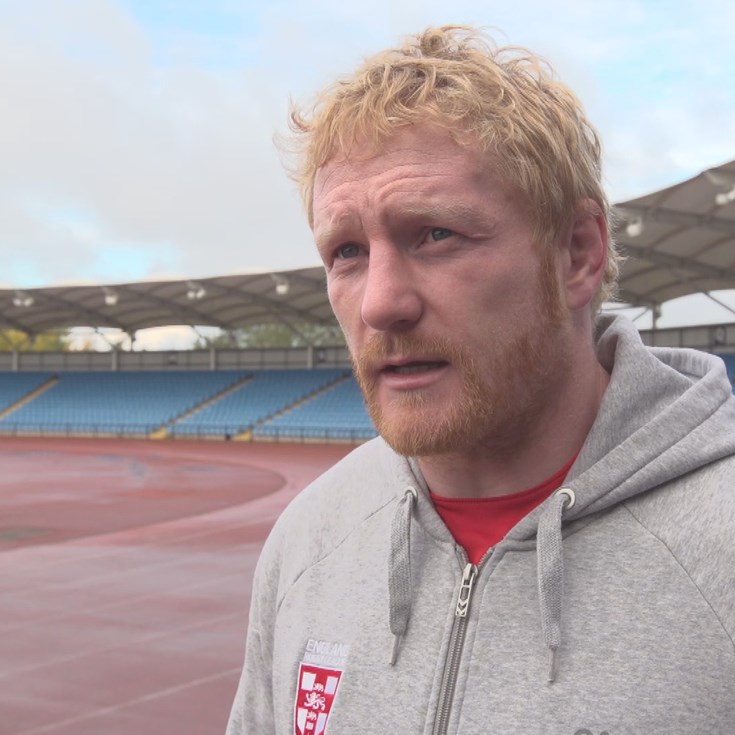