Warriors forward Isaiah Papali'i will make his Test debut for New Zealand at Elland Road after being named off the bench in Michael Maguire's side on Friday afternoon (Saturday morning AEDT).

Papali'i will become New Zealand's 817th Test player as the Kiwis look to finish the tour with a victory in their final clash in Leeds.

The 21-year-old is coming off a strong 2018 season at the Warriors where he featured in 20 appearances for the club.

He represented Samoa in their Pacific Test match with Tonga in June through his mother and women's Warriors player Lorina.

"He's been perfect on tour," Maguire said of Papali'i.

"He's a very diligent young man so I'm looking forward to seeing him have one of many games moving forward. Obviously he understands it's a big day and he's after a big performance."

Meanwhile, Maguire has made further changes after last week's loss with powerhouse forward Marty Taupau left out of the squad, while James Fisher-Harris remains on an extended bench.

Broncos winger Jamayne Isaako returns to the side for the injured Jordan Rapana, who returned home to Canberra on Thursday.

The 22-year-old has trained on the right edge throughout the week after joining the tour late due to the birth of his first child Isaiah.

The Kiwis will hold their final training session at Elland Road on Saturday with a number of other injury concerns.

Esan Marsters (hamstring) and Dallin Watene-Zelezniak (knee) struggled with setbacks this week, while Kenny Bromwich has a knee issue and will need to prove his fitness. 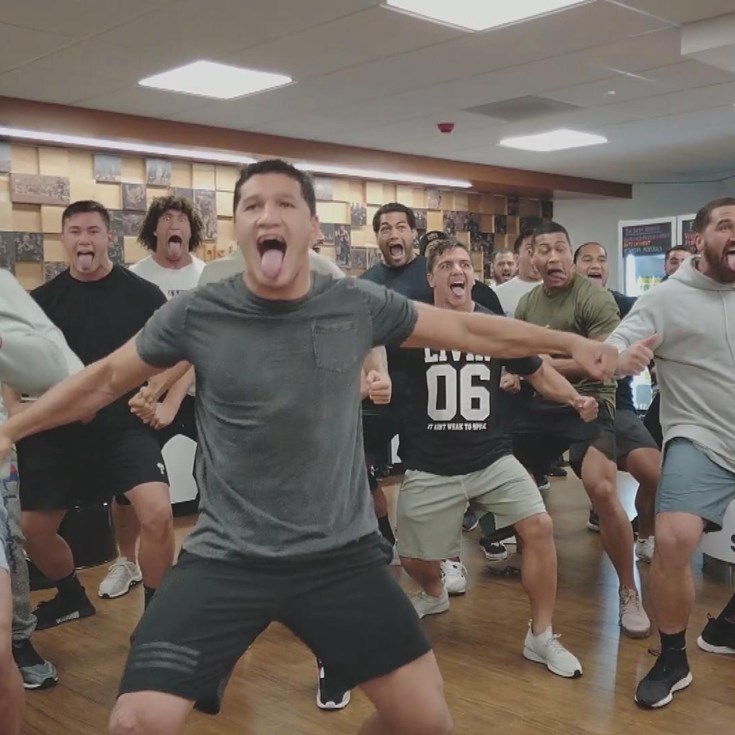