Canberra Raiders fullback Jack Wighton has been handed a suspended two-month jail sentence and a $3500 fine for a drunken assault at a nightclub earlier this year.

Wighton pleaded guilty in June to five counts of assault and one charge of public urination.

Wighton read an apology after receiving the sentence.

"I'd also like to take the opportunity to apologise to the victims of the incident for any pain I may have caused them and their families," he said.

"There are no excuses for my behaviour. I want to let them know that I'm truly sorry for what happened that night.

"I wish it didn't happen. If I could take it back, I would. It was a big muck-up on my behalf."

Footage of the incidents involving Wighton were broadcast on Wednesday and NRL CEO Todd Greenberg was appalled by what was shown.

"I saw that vision four or five months ago which is why I made the decision that I made at the time," he said.

"It's very rare that we come in over the top of a club on a disciplinary matter but we did on this occasion. I'm satisfied we made the right decision."

When asked what he thought of the footage, Greenberg said: "Disgraceful. No other word for it."

He added there would be no further sanctions imposed on Wighton.

"He received a fine from the game which was effectively 10 times what he got in the court of law and he didn't play again in the entire 2018 season so I think his punishment is served." 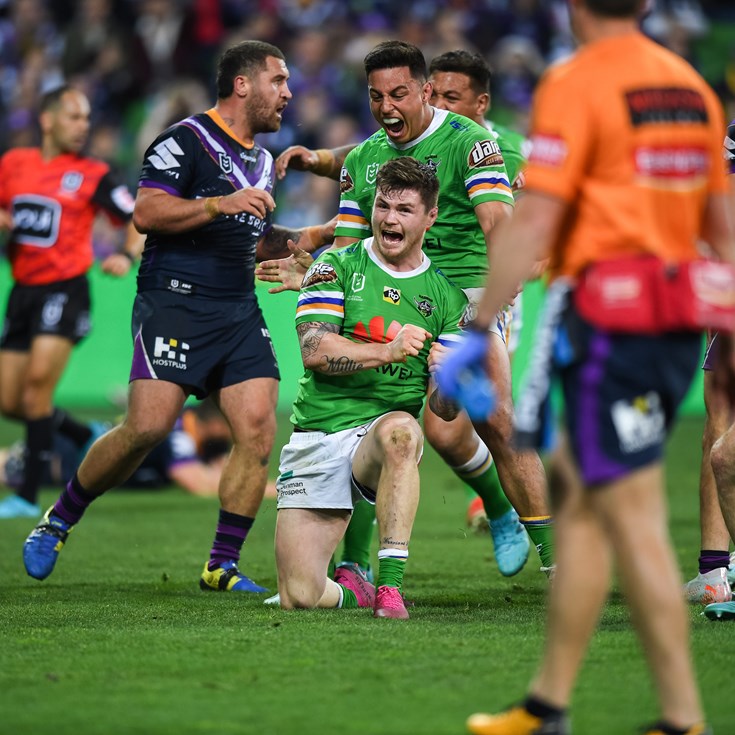 Sea Eagles out to nullify Wighton