Warriors five-eighth Blake Green is adamant his role will not change despite the void left by Shaun Johnson's switch to the Cronulla Sharks.

Green spoke to the media this week for the first time since Johnson's departure from the club, and while his side is yet to pinpoint a permanent replacement for the outgoing halfback Green is not concerned about needing to adjust his game.

"My role's not going to change, even though I had number six on my back last year I probably played bit of a traditional seven role, I played on the ball and allowed Roger [Tuivasa-Sheck] and Shaun to swing around.

"I haven't spoken to Mooks [coach Stephen Kearney] about any detail at the moment but it'll be about the same role for me.

"I generally think that I'll still play in the middle of the field. I think that's my strength as a player. My limitation is I can't do what Shaun can do, so I'm not going to play that role.

"I think all the kids we've got here that are going to put their hand up for that role are younger and faster than I am and hopefully they can jump out of the ground and fill his shoes."

Green was candid when it came to his own feelings on Johnson's departure.

"I can't speak for everyone obviously but I was quite shocked. It happened really quickly, I didn't anticipate that to happen at this stage or at all to be honest," Green said.

"We need to prepare as much as we can for our season. We've got some really talented young kids who've got an opportunity to jump out and fill these positions."

Green said he never felt Johnson was on the outer at the club despite the New Zealand halfback not being in the club's leadership group.

"Certainly, particularly playing in the halves with me, we'd come up with game plans, we had conversations about how we wanted to play, how he wanted to receive the ball. I think as a spectator watching the game last year you could certainly see how he was involved.

"He certainly wasn't on the outer, if anything I thought it allowed him to put all his energy into his footy and just enjoy playing footy".

Green, who his getting a taste of his first full Warriors pre-season, said the team was training strongly despite the disruption of Johnson's exit.

"We've had a really good start actually, I think as a playing group we've probably jumped into some footy stuff a little bit earlier than we did before," he said.

"Everything is coming along nice, we have a heap of new faces, some young talent has come into the squad, they've brought heaps of energy."

Potential replacements for Johnson already in the club's system include Chanel Harris-Tavita, Hayze Perham or Adam Keighran, with Stephen Kearney having ruled out a halves switch for Peta Hiku or 2018 Dally M Medallist Roger Tuivasa-Sheck. 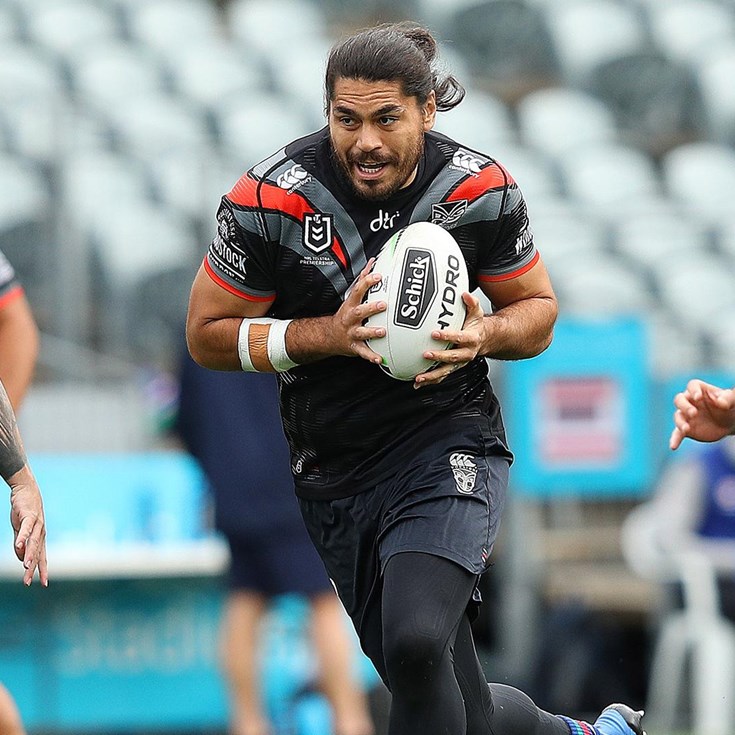