Last season was one to forget on the northern beaches; despite a host of Manly players starring at representative level for NSW, Australia, New Zealand and Tonga, the club itself only narrowly avoided their first wooden spoon.

The numbers make poor reading: Trent Barrett's men conceded the most points of any club, including the leaky Knights defence and embattled Eels.

In terms of stats to fix, not conceding the most points would be a good one to turn around but if it was as simple as saying 'don't concede so many tries', coaching would be a lot easier than it is.

Delving deeper into the numbers there are a few numbers Manly should be able to improve on reasonably quickly.

One area that could be quickly addressed is their bench use. Admittedly the northern beaches club doesn't boast quite the same depth as some of last season's finalists but they still finished a distant last for total metres made from the interchange bench.

Barrett used his interchange less than other coaches too. Overall Manly finished last for carries from bench players with 470 (next fewest were the Titans with 539; the most were Parramatta with 762; the NRL average is 632.5) and total interchange metres with 191 per game (next fewest Knights 191; most Eels with 294; NRL average 245).

The fact wooden spooners Parramatta topped the count ahead of the Tigers and Raiders with Manly, Gold Coast and Newcastle at the bottom suggests there is a sweet spot in the middle with all of the top eight sides finishing between fourth-most and 13th-most for bench metres.

And that's only for games in which they got on the field. Seven times in 2018 a Manly player spent all 80 minutes on the bench, including two players in the team's 89-minute golden point loss to Newcastle in round one.

With fatigue and endurance so important in the modern game, and the more successful sides getting better mileage out of their interchange, a bigger emphasis on bench impact could help the Sea Eagles climb the ladder in 2019 under returning coach Des Hasler. 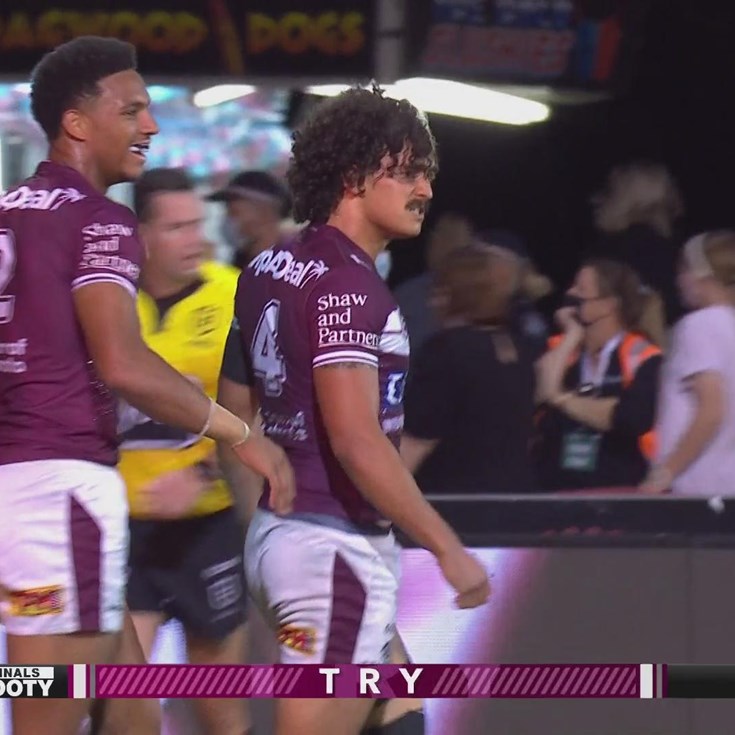 Tedesco the creator for Ikuvalu

Soft touch from Jake, explosive power from Tom and Foran is over