Brisbane star Jack Bird helped Cronulla win the 2016 premiership as a right centre, but new Broncos coach Anthony Seibold plans on his NSW Origin representative lining up on the left in 2019.

In an injury-marred first season with Brisbane, Bird played his first match on the right. That forced Blues centre James Roberts to the left side of the field.

But of the remaining three times he played centre with the Broncos last season, Bird was on the left edge.

Thanks in large to his injury woes - which limited him to eight games - Bird endured a first Telstra Premiership first season without a try, line break or try assist.

But Seibold has great things in mind for Bird at left centre in 2019. The fact he will not shift Roberts from the right edge ensures that.

"Birdie is training at left centre at the moment. I sort of see him as being a really good fit in the centres for us," Seibold told NRL.com.

"I want to give him plenty of footy this year. He's a really talented player.

Bird eager to prove himself in 2019

"I've got a lot of time for Jack as a person and as a player. I've only met him since I moved up here and I'm really enjoying coaching him."

Bird spoke of his desire to move to lock at the Broncos when he left the Sharks at the end of 2017. He said he wanted to get his hand on the ball more and hoped then-coach Wayne Bennett would agree to that switch.

That was before a troublesome sternum injury that required surgery and an initial shoulder complaint left him on the back foot. He played at centre, halfback and five-eighth for the Broncos in 2018.

"Birdie wants to play where it's best for the Broncos," Seibold told NRL.com.

"He's a team-first kind of person. He's doing a really good job for us training in the centres."

Seibold didn't get much of a break during the off-season either.

Firstly, he had planned a European study tour, where he arranged meetings with various rugby union clubs and other sporting associations.

Secondly, after his return there was all the "toing and froing" between the Rabbitohs and Broncos over their coaches Seibold and Wayne Bennett. In the end, the swap happened and Seibold started at the new Red Hill training centre on December 2.

He's brought all that off-season knowledge with him, including a week with Scottish Rugby Union talking with new Rugby Australia football director Scott Johnson.

"I also caught up with Eddie Johns at Pennyhill Park, where England [rugby team] has its training base. Then I was down in Cardiff to give a presentation to the elite coaches down there with Wales Rugby Union.

"I then spent some time with Danny Kerry, who's head coach of Great Britain hockey team. So it was a really good trip but it's work still so you don't feel like you're resting.

"So Christmas-New Year was a chance to put the feet up and really take a break from football."

The Broncos squad started back at pre-season training on Monday. The Broncos are playing two trial games against Intrust Super Cup sides, plus a NRL trial against the Titans at Cbus Stadium on March 2.

Seibold's first premiership game in charge will be against Storm at AAMI Park on Thursday March 14. 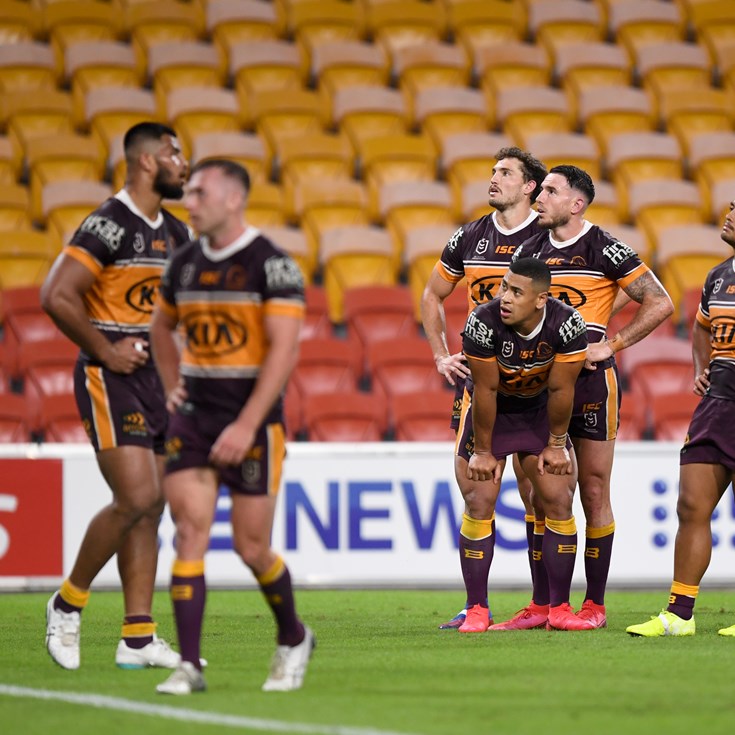