Star Roosters recruit Angus Crichton loved being back among his victorious Blues teammates in an off-season trip to Armidale but says his main focus is on getting stuck into things at the club he supported growing up in the Roosters.

While a rare NSW series win under new coach Brad Fittler should point to some continuity at the selection table in 2019, Crichton believes with so many players only getting their first taste of Origin last year, most will have to return to the form that got them picked in the first place to have another chance.

"Every year is a new year and you've got to earn your position again and I think Freddie would be the first one to say that," Crichton told NRL.com shortly after taking part in a coaching clinic for around 200 kids from around Armidale and rural NSW on Saturday.

The camp also provided a brief but welcome respite from the slog of off-season training.

"It's cool to see everyone and get the gang back together. The 'no phones' rule has come back in so everyone's chatting to each other and having a good old laugh in the Armidale heat.

"We're all in the same situation, in the middle of pre-season getting slogged. It's good to have this many mates from this many different teams. That's what's great about rugby league which I've found since coming into it is just the people, we've got a squad here full of great people and I'm just really enjoying it.

With Crichton growing up a Roosters fan, one of his favourite players was Fittler and to be able to now claim him as a mentor is a privilege.

"[This trip] shows who Freddie is as a person and what he values and the fact NSW isn't just Sydney, the country is really important to that and with me being from the country I love that mindset, being able to give back to the country guys and by doing that I think everyone will really get behind NSW like they did last year," Crichton said.

"I remember as a kid you have any sort of footy player or player who was on TV would come to town and do clinics or you get a photo, it was always a big buzz for us country kids so to do that for people that have driven a couple of hours to come and see us or little kids that love their rugby league, it's pretty cool to be able to do this sort of thing."

After the Armidale trip, Crichton will throw himself into his work at the Roosters.

He returned to training on November 14 alongside fellow recruits Brett Morris and Ryan Hall, plus a crop of younger players such as Victor Radley, Lindsay Collins and Nat Butcher.

His Origin teammates like Cordner, James Tedesco and Latrell Mitchell weren't the only familiar faces – Crichton played SG Ball at the Roosters alongside Mitchell, Joseph Manu and Poasa Faamausili.

"I grew up going for the Roosters as a kid, went to a few of their grand finals and what not," Crichton recalled.

"When I was playing union at school I got injured when I was 17 and missed the whole union season so I emailed the recruitment manager at the Roosters at the time and got into their SG Ball program."

All in all the transition from the Rabbitohs had been seamless; it helps with the clubs so close geographically that he didn't need to move house.

"It was pretty smooth but you're always going to be a bit nervous wanting to make good impressions," he said.

"They've got good people there so it was a pretty easy transition. I'm just trying to get myself the best and fittest I can be so I can do my part in 2019." 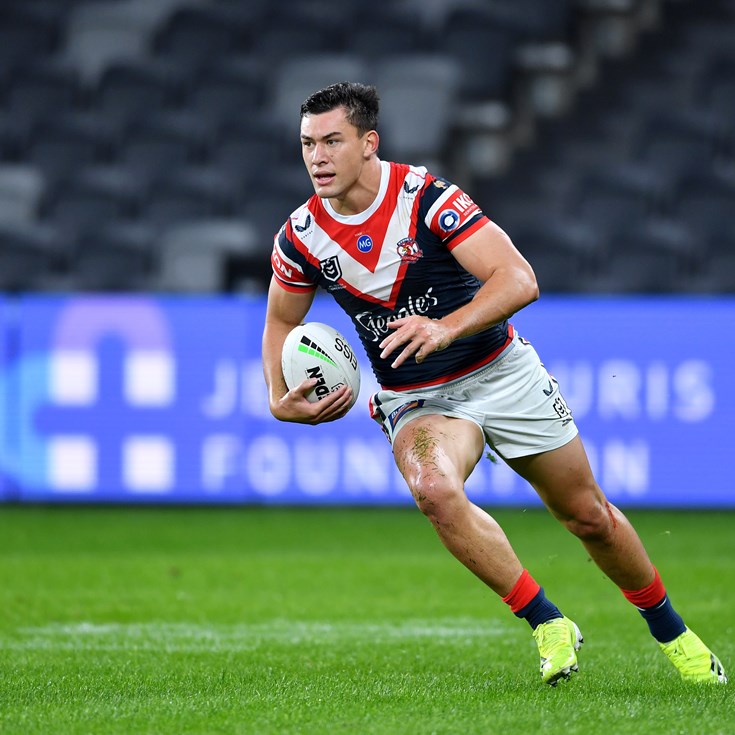