Nick Cotric is no guarantee to line up at fullback for Canberra in 2019 despite Jack Wighton training with the halves in the pre-season.

The Raiders have lost Blake Austin and Ata Hingano to put a dent in the club's depth in the playmaking positions, with Wighton's potential move to five-eighth mooted by coach Ricky Stuart.

While New Zealand international Jordan Rapana won't be available until June at the earliest, Stuart has options with Michael Oldfield and Brad Abbey both vying for a backline position.

Cotric hasn't missed a game since making his NRL debut in 2017, scoring 28 tries in 48 appearances, and finished the 2018 Telstra Premiership regular season leading the competition in tackle breaks (149).

"I'm training on the wing at the moment and will fill in sometimes," Cotric told NRL.com.

"We'll have to see what Stick [Stuart] comes up with. Jack could easily slot into a halves position.

"He's been training there. He's used to playing there in the 20s so he could fit in. If I get moved again I'm happy to but you've also got Oldie training well too."

Canberra's inability to close out games became their worst enemy last year with the playmaking roles set to be a key focus in the pre-season trials.

"We've gone over last year's games in depth and have been seeing where we've got to get better," Cotric said.

"I guess you just work on the little things like the last five minutes of games, find a way to switch on and make the extra efforts in that period. We lost a few close games but we expect to win them this year."

Cotric spent last weekend in Armidale alongside the NSW squad with Brad Fittler eager to keep the players around each other at various times throughout the year.

The pair worked together at under 18s level with Fittler implementing similar pre-game rituals that he's now delivering on the Origin stage.

"Fittler is a bit spiritual and Sticky is old school," Cotric said.

"He's always loved taking his shoes off, we used to do that in the SG Ball. And he's brought in the breathing techniques now as well.

"It's a great experience being around those players, you learn heaps and can see how others work from different clubs." 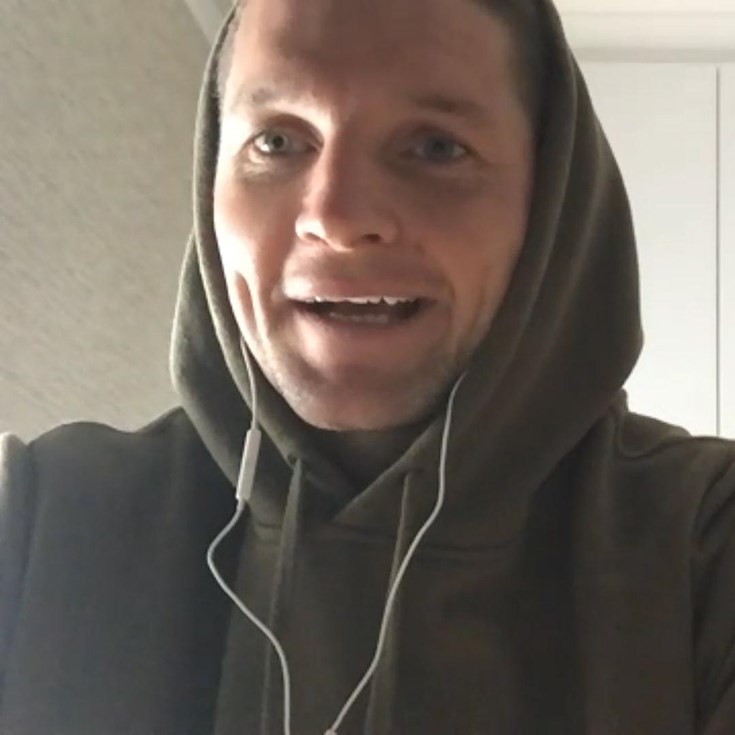